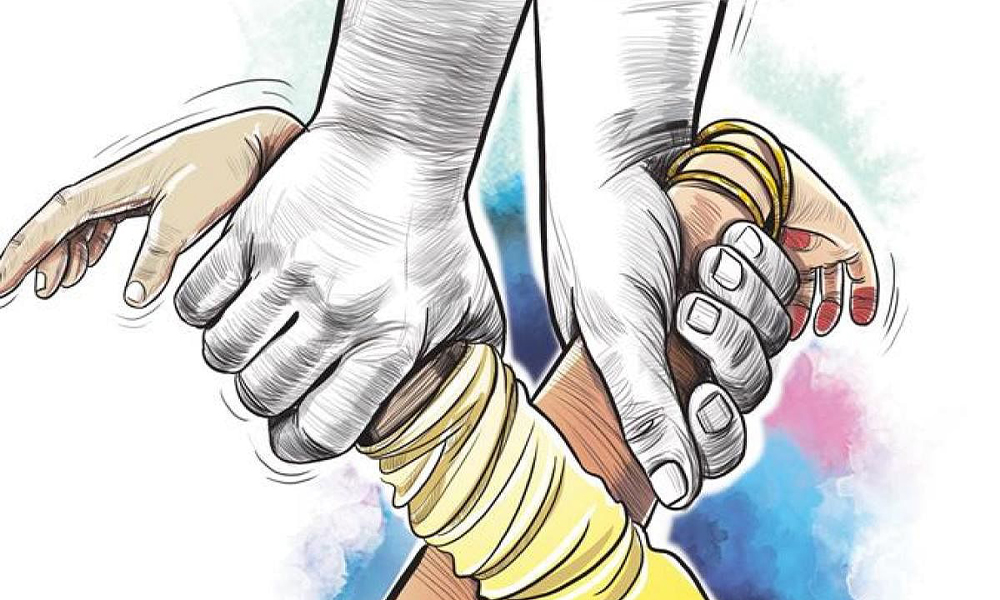 Category : THE WORLD OF POLITICS
Author : Mahfuza Tarannum
The Prohibition of Child Marriage (Amendment) Bill, 2021, which seeks to raise the age of legal marriage for women from 18 to 21, has set off a raging debate across the country

The Prohibition of Child Marriage (Amendment) Bill, 2021, which seeks to raise the age of legal marriage for women from 18 to 21, has set off a raging debate across the country. Introduced in Lok Sabha on December 21, 2021, by Union Minister for Women and Child Development, Smriti Irani, the Bill proposes amendments to the 2006 law and was sent to a Parliamentary Standing Committee which formed a panel of 31 members. Of the 31 members, only one member is a woman and the remaining 30 are male MPs who will review the bill.

Irani says the proposed legislation is secular. “All women from all faiths, under Hindu Marriage Act or the Muslim Personal Law, should get equal rights to marry,” she said.

The law will apply to all communities in the country and, once enacted, will supersede existing marriage and personal laws.

This article sets out to examine the ground realities of marriage norms and traditions existing in our society.

What does it mean to be young or old as far as marriage or live-in relationship is concerned? When teenage boys and girls can have an affair and it is accepted as ‘normal’, then why this stigma over a young couple deciding to get married?

The age of a boy studying in the first or second year PU is not more than 21 years. In the case of the marriage of a boy of this age, the parents usually say, “Once married, the boy will not be able to study.” Such parents view marriage as a problem and blame the wife for the husband’s shortcomings.

But when the same boy walks around in the campus with another girl it is not considered to be detrimental to his studies. In fact, the society’s customs and trends have made marriage difficult by attaching strange responsibilities to the institution of marriage.

The boy’s marriage is usually postponed until the end of his formal education. But the reality is, after finishing college, he is told, ‘get a job before you get married’. After he lands a job, it is said to him, ‘marriage comes with a lot of responsibilities and financial burden’.

Many parents are taken in by the financial responsibility of the family. And there is no end to financial insecurity and greed as such reasoning is common even among the rich. The education cost of boys and girls is usually borne by their parents. In the case of rich parents, the financial backing to the children continues even after marriage. Then why the avoidable delay of the marriage of children by these rich parents. In some cases, parents are adamant even if the boy is willing to marry.

When it comes to girls, most prospective bridegrooms and their parents look for younger brides even if the boy is older in age. Despite the young age of the bride, expectations from her in-laws are too high. Major responsibilities are put on tender shoulders and she is made accountable for every bad decision taken by the family. However, there are exceptions. Some men get married at an older age but are aware of the rights of the wife. Likewise, many young brides rise to the occasion and take over responsibilities of domestic matters in a matured way.

However, the issue of the wide age gap between the couple is not understood by either party before marriage.

I do not want to cite the example of Prophet Mohammad (SAW) and Ummul Mumineen Hazrat Ayesha (RA) who had a wide age gap. Their matter was decreed by Allah. One should not also forget the fact that the Prophet (SAW) treated Bibi Aisha (RA) keeping her age in mind.

How many of the Prophet’s (SAW) followers emulate him? Why do you say ‘Qabool Hai’ if you can’t treat a girl much younger to you according to her age?

So those who are looking for a young girl for their own interest without looking at the age difference should reflect on the above examples.

The existing social system is responsible for preventing marriage of young girls. It is commonly seen that most girls do not study after marriage. Because, when a girl becomes a wife and daughter-in-law in someone’s family, that family burdens her with extra responsibilities. Responsibilities of other family members are also thrust upon her. Under the pressure of work, the girl’s disinterest in studies starts setting in.

Many in-laws question the need for their daughter-in-law to pursue higher studies. The same in-laws adopt double standards when it comes to the education of their own daughter. I have heard a parent saying that he will look for a young wife who has studied up to intermediate college for his son who has a master’s degree. He said he will discourage his daughter-in-law from pursuing higher studies after marriage. How hypocritical! They don’t really understand the need for an educated wife.

Educational qualifications enhance people’s experience with age. This experience helps not merely the individual, but the entire family. One should also bear in mind that there are women who show arrogance after they have acquired education. One of the reasons for such an attitude is that our education system is corrupted. The conventional education system is making us mechanical. Our education system, based on western thought, drives one to adopt a materialistic approach to life, which explains the reason behind the superiority complex. The western system of education shows the superiority of science, but does not teach one that one should bow down before the Creator of science. Unless moral education is imparted, it is difficult to expect responsible human beings coming out of our educational institutions.

Moreover, there are some feminist organisations that provoke the girls by saying, ‘Now you are educated, you are not dependent on anyone. Why do you have to care? ” In reality, such brainwashing only creates chaos in the human mind. The reality is that humans are social creatures. People cannot live alone. We are dependent on each other. This dependence is not based solely on money or education, but on the mindset behind it.

Again, to those who question the need for women’s education, I would like to say that religious education is as important as a woman’s formal education. Because, without religious education, the personality development of young students is hampered. They will not respect the elders. Moreover, if the wife is ignorant and inexperienced in resolving issues, then the husband will not include her in any important decision-making. Moreover, an uneducated mother cannot be a good teacher for her child.

This calls for equality between girls and boys when it comes to gaining education.
Strangely, even if both the parties agree, it is seen that they cannot get married under the pressure of the validity of the existing official registration.

Not only that, it once happened in a village that no sooner the news of an under-18 girl’s marriage spread, some activists belonging to an NGO rushed to the village and ruined the marriage.

There is a widespread campaign being run by these NGOs against ‘child marriage’ who at the same time are blind to the reality of teenagers having illegitimate affairs. To them, growing number of bodies of newborns in dust bins are also not visible.

The sacred institution of marriage is under serious threat. Various ideologies, governments, NGOs, etc have waged a war against it. They only harp on issues such as ‘child marriage’ and ‘marriage for the sake of procreation only’.

The social balance is being disturbed day by day due to unreasonable, irrational ideas and superstitions, which has resulted in sexual anarchy and chaos all over the world. Although immorality is blamed for this, the responsibility of family and society towards educating prospective brides and bridegrooms is no less.