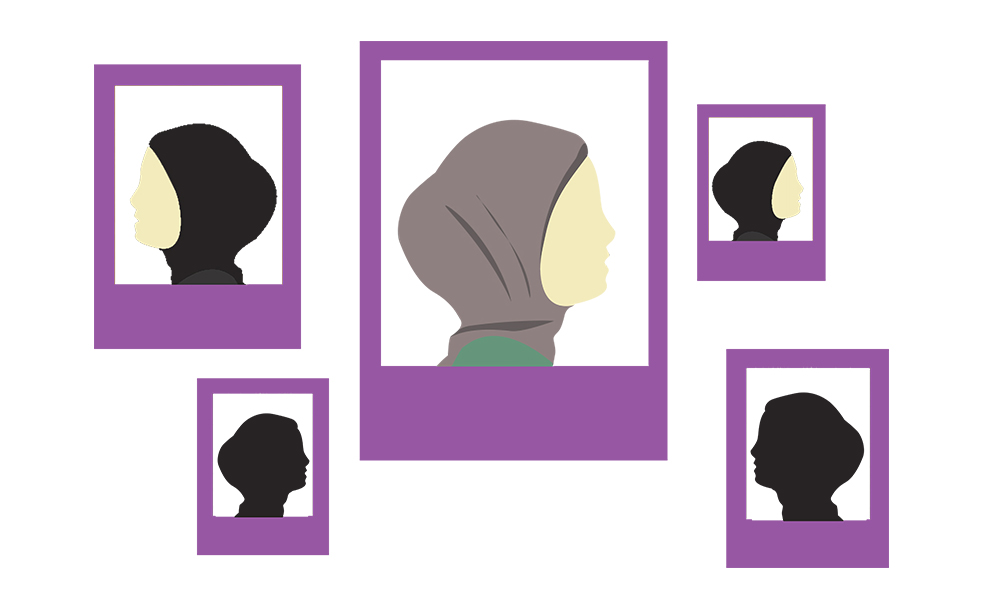 Category : THE WORLD OF POLITICS
Author : Shayma S
A list of ten misconceptions about the recent incidents on Github, Clubhouse and Twitter – and how to really understand such misogyny.

This is what happens when you use modern technology

Many people believe that social media and technological growth itself is the root cause of increased misogyny and sexism. But they forget that technology is a medium, and that increase in reporting of cases of abuse online does not mean an inherent increase in existing abuse, but only that things are coming to the light – finally. Of course, newer and updated technology, with its gateway to anonymity and inability to pin down the source of the abuse makes it harder to find the accused. But to put the blame squarely on tech excuses the real people behind these apps who, if not in the virtual sphere, would have found some other avenue for their misogynistic thoughts.

However, as Ghazala Jamil notes in her latest essay on tech and misogyny (EPW, Vol 57, Issue No. 3), one should not equate the freedom of speech on ‘Big Tech’ with the creation of a respectful public sphere – “What makes Big Tech easy to be hijacked by right-wing manipulations? Big Tech social media platforms waging social media wars with each other for “engagement”—users, likes, retweets, comments, and views—turn a blind eye to the use of trolls, bots, and apps by actors and regimes inclined towards authoritarianism. If a space, whether analogue or virtual, does not foster the spirit of democracy, no amount of “stuff getting said” should be confused with the idea of the public sphere.”

We need to hold these tech giants accountable and not see such developments only as an invariable fallout of the use of modern technology; it would allow corporates and business leaders ranging from Mark Zuckerberg (who has had his fair share of controversies in the same realm of Facebook’s misuse and influence on elections) to escape the blame.

These are just fringe elements/individuals/lone wolves

The sight of young men and women in their teens and early twenties spewing vitriol, comparing having (forceful) sexual relations with a Muslim woman to the ‘punya’ (virtue) of destroying Babri Masjid (as heard in the latest Clubhouse discussion) has left many people befuddled. The extremity of the emotions displayed lead them to argue that these people do not represent larger society and are merely ‘fringe elements’. But the fringe element argument has been critiqued for instance in the American context, where a white school shooter is seen as a lone wolf or mentally disturbed, excusing him of his actions, while a Muslim committing a crime is seen as representative of his society and his faith. In addition, it has been proven that there is large-scale radicalization in Indian society and it is not shocking that youth, bolstered by fake news and a system that is seen to reward such hate speech, would have such views.

Women shouldn’t post so much online or put their photos up, it’ll keep them safe


Women are no strangers to unsolicited advice; to the point that when put in a scary situation, they first worry about how society will treat us if they are victims of any kind of sexual violence – what were you wearing/why were you out so late/who were you with. In this case as well, outspoken Muslim women have been victim-blamed and told that this is a result of putting up too many photos online or being so outspoken. This ignores the basic fact that firstly, putting up photos or working in the public sphere does not ‘invite’ unwanted attention; this puts the blame on women instead and ignores the fact that sexual violence is not a product of desire, but power, and a desire to humiliate or control women. Secondly, many of these women were public figures. By this logic, should the rape or harassment of women walking down the road be justified since they are ‘visible’ on the road?


This assumes that such acts are a backlash to Muslim identity assertion – but ignores the fact that what the Muslim women in question were doing in most cases were speaking out for justice, reporting from the ground, organizing against oppression, and so on. So, if such acts are labeled as provocation, it is merely a cover up to humiliate Muslim women and silence them by using sexual tropes and allusions.


The opacity of such apps is being cited as reason for not being able to find many of the perpetrators, with stock responses being sent by apps such as Clubhouse. But the police too has sprung into action only very late, and that too after some international outrage and determined struggle by the women in question. Indian intelligence is capable of immense surveillance on vulnerable minorities but seems to become fragile in the face of majoritarian sentiment.

This isn’t part of our culture, how did we get here?!


Sexual violence has, disappointingly, always been part of our ‘culture’ – the culture of enforced silence within homes that allow for the perpetration of domestic violence; to the harassment in our universities and workspaces that is dismissed in the name of ‘chhed-chaad’ or ‘fun’. It’s only that women are now emboldened to speak out; not that it never existed before. As the book by Kalpana Kannabiran and Ritu Menon ‘From Mathura to Manorama’ notes, even in the title itself, there is a long legacy of violence that we have to get acquainted with if we are to be honest with ourselves.

They’re just kids, they’re not capable of this


Self-explanatory – but 18 and 26 year olds are hardly kids! Capable of voting and getting married, but incapable of hatred? Even those younger than 18, many of whom have been observed participating in such harmful discussions, are increasingly both self-aware and aware of the world around them. It would not be right to dismiss their actions based on their age, but instead to ask the pertinent question – why is youth getting increasingly participative in such cultures of violence? Is it not our duty to ensure that both their own future and that of those they attack is safe and free of such degradation? The problem must be acknowledged, not sidelined.

This isn’t about religion, but gender


Many people have sought to de-link gender and religion in this case. But step one of fighting any oppression is to correctly identify the problem, the source and its nature. In this case, the language and discourse used is Islamophobic, and the survivors, Muslim women. The slurs used directly dehumanize Muslim women; the fantasies of sexual violence and control are attempts to ‘tame’ a minority community. How then, can the issue be devoid of religion? ‘Gendered Islamophobia’ is one such concept that has been used to understand the intersection of religion and gender.

They just want to provoke us, we should ignore them


This argument believes that all acts of violence are merely-action seeking activities that, if ignored, will vanish. However, it fails to recognize that violence builds up in society not overnight, but by the normalization of such oppressions. Countering and calling out even micro-aggressions and minute forms of injustice is important to stem the tide and ensure that others do not have to face the same thing. Provocation implies an act done merely for the sake of irritating or disturbing the other person; but such forms of misogyny and sexual violence are part of a longer and more tightly-knit network of hatred that cannot be swept under the carpet. In fact, it can make things worse: “Satish Deshpande, eminent sociologist and Delhi University professor, attributes it [the increase in such incidents] to the existing “climate of impunity.” (Deccan Herald, 15 Jan 2022).

Justice is impossible; this will keep happening


Defeatism and pessimism rounds off this lot of suggestions. It also posits a worldview where such disgusting violence and infliction of trauma is inevitable. But such thoughts ignore the fact that it was the perseverance of the Muslim women who were ‘auctioned’ off that has brought many of the perpetrators to book, a lonely struggle they have been fighting even before Sulli Deals last year. Instead, one must work on strategies to de-radicalize society, pull youth away from such sources of hate, and make way for the women in question to envision justice as they see fit and help them overcome the immense trauma that has been inflicted upon them.