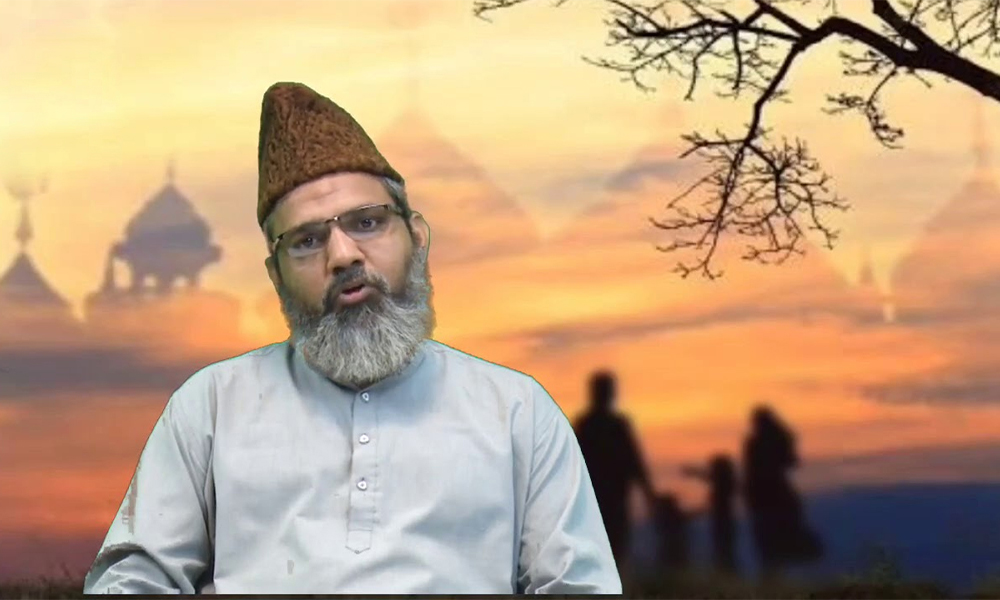 Category : Marriage Special
Author : Maulana Muhiyudeen Ghazi
On the Need for Marriage in a ‘Free’ Society

There are many living creatures on this Earth and among them, man has been created in the best mould, distinguished from other living creatures. The survival and existence of man is only possible through the union of both male and female of the species. And no other creature has been bonded in this marital relationship except for humankind. Humankind has been bestowed with innumerable bounties and blessings and this socio-moral institution of marriage is one of the special blessings. Man has not only been bonded through marriage but also other ties like maintaining the bonds of kinship and other mutual relationships in all spheres of life. So, one has to look into a society where marriage acts as a foundation in reconstructing society, what its benefits are, and also on the contrary, one should examine a society where there is no institution of marriage at all and what it would look like. Rights and responsibilities are the base of a human society. These rights and responsibilities can only be safeguarded through a social contract like marriage. Only through marriage, one can attain a peaceful and dignified social life. Imagine for a while, if man also had to lead his life just like other creatures: peace wouldn’t exist on this Earth. In fact, the one who prefers to lead his life isolated from others, based only on his will and choice cannot recognise his own psychological needs as well as social needs.

Mahr is the right of every woman. The determination and payment of mahr is an obligatory part of Islam. One must fix the dower/mahr with the consent of the bride and it should be fixed accordingly. The wife can forgive or waive her mahr if she wills. It should neither be too high as it becomes a burden for a man to pay, nor it should be too low, which would make it a ritual in name only. Mahr marks the financial independence of a woman. The amount of Mahr is generally conditioned according to the will and wish of the bride. The institution of mahr ensures that even after getting married, a woman retains her independent capacity, right to ownership, and discretion over her own finances.

On Simple Nikah and Lavish Trends


Marriage as institutionalized in Islam is to be conducted in a very simple and moderate manner. There is no harm in publicizing marriage and arranging for a feast if there is the ability to do so, however, it has to be done with caution to avoid extravagance. Whatever rituals have been adopted in the name of celebrating marriage have made the simple process of marriage difficult. One should think of ways to celebrate with least expenses, while ensuring joy. Women or men gathering separately to sing or dance in a sober manner within moral limits, for example, does not result in unnecessary expenditure. The priority agenda for us during the time of marriage ought to be to enjoy the celebrations rather than superfluous things like physical appearance, expensive wedding halls, lavish dishes etc. One should strive to lead by example and serve as a beacon of guidance for other communities in our society in this regard.

On Matchmaking and ‘Muh Dikhai’


In my opinion, in this generation of beauty parlours and make-up, it wouldn’t benefit one to look at the face of a bride! Instead it would end up hurting and humiliating a girl. Even if one gets a chance to look at each other before the marriage or spend some time together, still one cannot know each other properly. So, it’s better to know each other through different sources like family members etc. and rely upon them and go ahead for marriage. Most importantly, one should pray to the Almighty to bless them with a good spouse as it’s a matter of fate.

On the ‘Right’ Age of Marriage


The appropriate age for marriage is when both the girl and the boy become physically mature and mentally conscious. Neither should it be too early, nor should it be delayed much. One’s marital life should be so simple and practical that neither of them should have any difficulty in continuing their education. In my opinion, 18 years is a suitable age for a girl and 21 years for a boy, it does not need to be changed. There should be no delay after reaching this age.