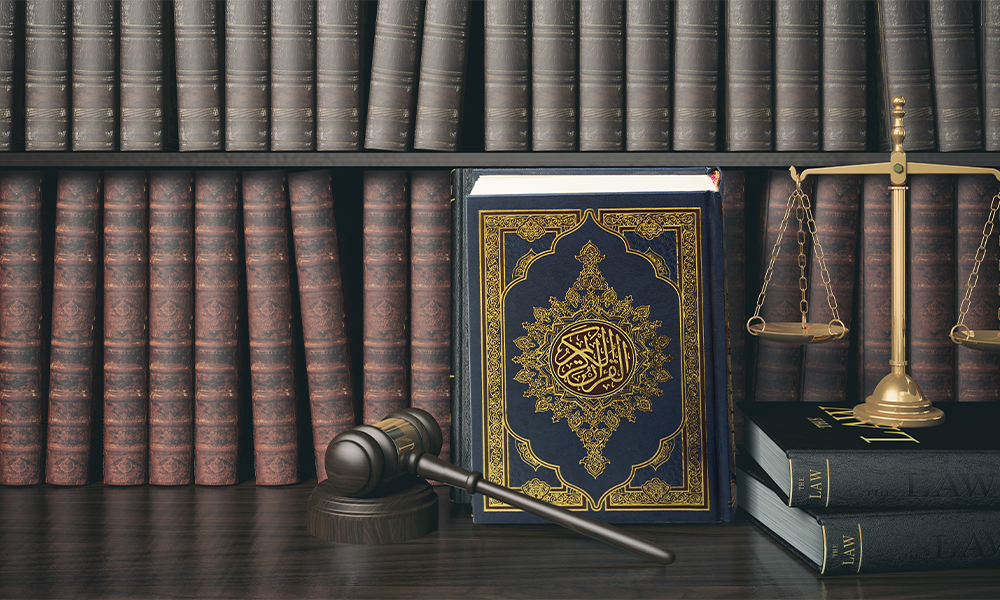 Category : ENLIGHTENED BY THE QU’RAN
Author : Dr Parvez Mandviwala
The divine law of inheritance allots fixed and equitable shares to family members of the deceased after all the debts and legacies have been settled. A person can bequeath only up to a third of his estate, and this bequest should not be in favour of those heirs who would anyway receive fixed shares. Apart from this, the Qur’an encourages the heirs to consider the needs of the deprived while distributing the estate amongst themselves. “If at the time of division other relatives or orphans or poor people are present, feed them out of the property and speak to them words of kindness and justice.” [Surah an-Nisa Ayat 8
Students of the Qur’an would note one very striking difference in the space allotted to ‘religious’ injunctions and ‘social’ injunctions. While details of major and obligatory acts of worship like prayers, fasting, hajj and zakat have been left to the Prophet ﷺ to explain, social and familial norms and etiquettes have been elucidated in such fine detail that even exceptional cases have been elaborated in the Qur’an. One such important social injunction concerns the Law of Inheritance, a major part of which has been discussed in Surah an-Nisa.

Why is the Law of Inheritance Required?

Greed is an important element of human personality. Man tends to amass all benefits for himself, even if he has to deprive others of their rightful share in the bargain. So when a person dies, it is the human tendency of every near and far relative, even acquaintances, to claim a lion’s share of the departed soul’s estate. This would necessarily result in pandemonium and strife, and it is for this reason that laws of inheritance have been formulated across history to provide objective guidelines and safeguards in this regard.

There are many manmade laws prevalent in society today, as they have been since ancient times. Some laws advocate a complete transfer of property to the eldest child, some others deprive women of the right to inherit property, some others have a hierarchy of preference and some others simply require the person concerned to nominate his successors and heirs for every single piece of property that he possesses and make a documented will to that effect.
However, man’s innate prejudices make such laws biased for or against a particular class, a particular gender or a particular section of society. Also, since it is none but other men like him who have made these laws, it emboldens him to break these laws and seek loopholes therein with all impunity.

The need for Divinely Ordained Laws

This is why we require divine laws to settle our disputes, for, neither are they prejudiced in favour or against any particular party nor do they lack the authority and respect that manmade laws do.
The divine law of inheritance allots fixed and equitable shares to family members of the deceased after all the debts and legacies have been settled. A person can bequeath only up to a third of his estate, and this bequest should not be in favour of those heirs who would anyway receive fixed shares. Apart from this, the Qur’an encourages the heirs to consider the needs of the deprived while distributing the estate amongst themselves. “If at the time of division other relatives or orphans or poor people are present, feed them out of the property and speak to them words of kindness and justice.” [Surah an-Nisa Ayat 8]
In a newspaper article published in Nawae Waqt (reproduced in Tarjumanul Qur’an in January 1959 and translated in part into English below), Maulana Syed Abul Ala Maududi enlists the following salient features of the Islamic Law of Inheritance

Similarly, while discussing the issue of inheritance in the 11th and 12th Ayat of Surah anNisa’, the words taraqa and taraqtum and taraqna (various grammatical forms of ‘left behind’) have been repeated again and again. This shows that the rules of inheritance relate to only that wealth that a person leaves behind after his/her death.
2. The following principles can be derived from the aforementioned basic rule:
· No right to inheritance is established before the death of the muwarris (the person whose inheritance is in question).
· Only those people would inherit from the muwarris who are alive after his death, not those who have been assumed to be alive.
· Those who have already passed away during the lifetime of the muwarris have no right over his legacy. This is because they have died at a time when the right to inheritance had not been established at all.
3. The rule that the Qur’an lays down to distribute the shares of inheritance among the living heirs upon the death of the muwarris is not that shares should be given to those who are in need or those who are pitiable. Rather, the rule states that those who are closest to the muwarris, or in other words, those to whom the muwarris is most closely related, would get a share, and the distant relatives would not get the share in the presence of closer relatives. This rule has been mentioned in the 7th Ayat of Surah an-Nisa’ in the following words: “of what the parents and close relatives leave.”
4. Who are the closest relatives of a person? The Qur’an itself answers this question and even stipulates fixed shares for each of them. These relatives are:
The Parents
The Spouse
The Children
The Siblings
5. In this inheritance distribution scheme, every relative who receives a share receives it by virtue of being closely related to the deceased. Neither can anyone else lay claim to any part of a legitimate closely related person’s share in his presence, nor can he act as his representative in his absence and lay claim to it.
6. Drawing from the Qur’an itself, the Prophet ﷺ has informed us that after the shares of the closest relatives have been given, or if they are not present, any remaining legacy would pass on to those paternal relatives who form a man’s natural support system, the Asbaat. In their absence, this share is given to Zavil Arhaam (maternal relatives like maternal uncle, grandfather, nephew or the children of one’s daughter or granddaughter).”

The Wisdom behind allotting fixed shares

Allotting fixed shares is a very big favour God has done to mankind. For, not only does this rule allay misgivings and disputes among the inheritors, but it also saves the muwarris from falling into a moral dilemma as to whom among his parents, wives, siblings, children and friends should he favour more. Concluding the 11th Ayat of Surah an-Nisa’, God says, “You know not whether your parents or your children are nearest to you in benefit. These are settled portions ordained by God; and God is all-Knowing, all-Wise.”

Every law comes with ensuing consequences. Since Divine Law is perfect in all aspects, following it would result in order, peace and security in this world and would reap divine benefits in the hereafter. On the contrary, disobeying these laws would not only lead to injustice, upheaval and disorder in this world, it would also result in eternal perdition. Man’s greed and avarice have obscured his vision. In an attempt to become as wealthy as possible, he tends to devour the rights of his sisters, his mother, his brothers and other relatives. The Qur’an admonishes man against harbouring such intentions. It says, “These are limits set by God. Those who obey God and His Messenger would be admitted to Gardens with rivers flowing beneath, to abide therein forever; and that would be the supreme achievement. But those who disobey God and His Messenger and transgress His limits would be admitted to a Fire to abide therein; and they shall have a humiliating punishment.” [Surah an-Nisa Ayat 13 and 14]

It is in the best interest of man, his family and society at large, to surrender before divine injunctions and allow God to decide what is best suited for him. Any neglect in this regard would only lead to misery in this world and despair in the hereafter. And the same holds for every injunction of the Qur’an!