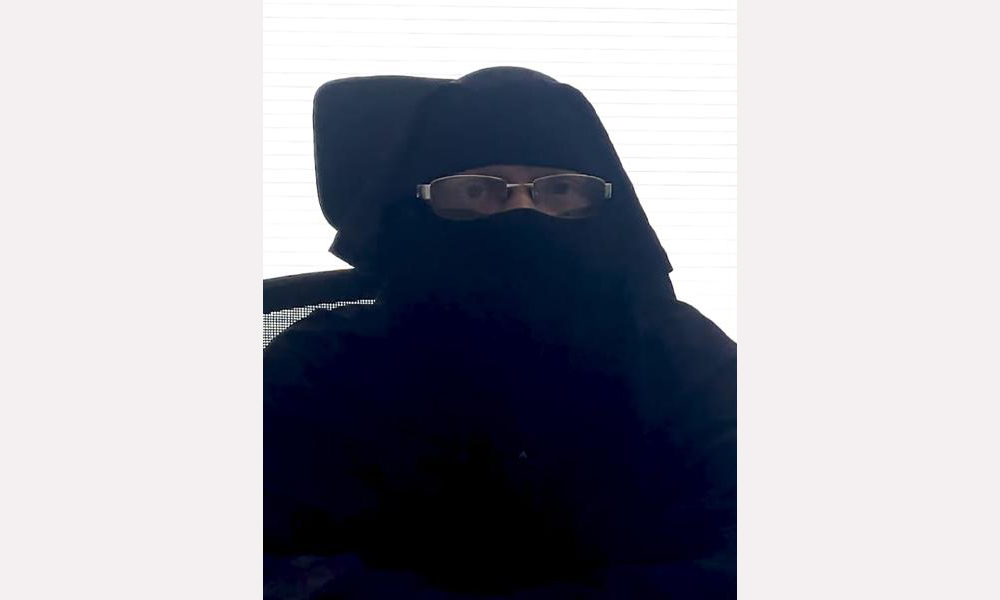 Grieved, but we will not say anything except what is pleasing to our Lord. We are saddened by your departure, Ammi. Our hearts are shattered, our souls are in pain. But we just say:
“Inna lillahi wa inna ilaihi rajioon”

I wish to write a few words about my mother-in-law. Although the bond I shared with her was that of a mother in law and daughter in law, but, to be honest, in these ten years I never felt that she treated me any less than a daughter. She was always a kind, generous and pure soul. She was so attached to Allah and the Quran that in all her deeds of deen and duniya she would somehow involve the name of Allah or a verse from the Quran. She was always focused on the akhirah. She used to read this dua a lot, ki meri zindagi ka aakhri lamha zindagi ka behtareen lamha ho (“O Allah, let the best of my lifetime be its ending, and my best deed be that which I seal [my life with], and the best of my days the day I meet You.”) She used to pray to be unattached to this world, its affairs and attractions. In all these years, she would never miss tahajjud. She used to make sure we would wake up for fajr, that we offered all our prayers on time. She would make sure that all the women in the house offered prayer in congregation. Her commitment to the Quran was such that she never stayed away from it even for a moment. When she was working she would recite verses from the Quran; if she could not recite, she would listen to the recitation or do hifdh from her phone. At this age, she memorized more than 13 Juz. That was very motivating for us. She would ask us to listen to her hifdh. No matter how tired and exhausted she was, she would make sure to revise what she had memorised. Sometimes, I would say “Ammi, zara rest kijiye, thak gayin na” (Ammi, please take rest, you must be tired), to this she would reply “Momin ki thakaan ka rest bas qabr hai” (The true rest for the believer is in the grave.)

As a believer, she was very concerned about her duties towards Allah. Even when she was going through chemotherapy, she would listen to the Quran or participate in online meetings. I still remember once I went with her to the chemotherapy session, and she started listening to Surah Rahman. The process was going on and she was sleeping, but when the surah ended, suddenly she woke up and said made me play it again as if she was not aware of anything else other than listening to the Quran. She was very generous; she would distribute whatever money she had, to the orphans and the widows. She would try to find orphans and widows in society and would always encourage us to do the same.

We had a very friendly relationship. When I got married, I was very worried about this typical notion of a mother-in-law being rude to her daughter-in-law. But in these ten or nine and a half years which I spent with her, I never felt that. I never saw her as a traditional mother in law. Rather, she used to say, I’ll stay at home, you go outside and do some work in the way of Allah SWT. She always encouraged me to do Islamic courses and believed in my talents more than I did. She used to always say, never give up, you can do this, you can do that, it’s just that you need to take a lead. I have a four-year-old son. She would say, In Sha Allah he will become a hafidh. If I said, Ammi, hafiz kahan se (to become a hafidh, it’s not easy), it’s so difficult, she would say, why don’t you believe in him? She would make a lot of dua for him and for all her grandchildren. And would say Allah mere sab bacchon ko tawheed par qayam rakhe aur jannat naseeb kare.” (May Allah make my family stand firm on tawheed and bless them with Jannah).

She was somebody who practically implemented the entire Qur’an throughout her life. She never missed the Quran in any aspect of her life. All the people around her are witnesses to that. She urged them to follow the deen in every aspect of their life. She would try to find people in need and try to fulfil their needs. None who asked for help from her returned empty-handed. She would urge people not to beg and find some work. She would try to settle them so that they get a permanent solution to their problems. She used to travel by bus for Jamaat work and when we asked her not to, she would say this is Jamaat’s money and we should always spend it carefully.

She was very worried about the girls of the Ummah and that no girls should go astray. She would say that if a girl is educated, the entire family is educated. Sometimes she used to cook for 100 and more people at once. I would tell her, we can order from outside or get someone else to do it for us but she would refuse, saying that it is very expensive to get it from outside and we can save the same money and help someone with it.

She would not ask us or force us to do any work. Even when she went through this disease, she would keep smiling and try to look fresh so that people would not say that you have become weak and think that she is a sick person. She didn’t want that sympathy. She wanted to live happily and wanted people to think she was not going through too much, symbolising that she was a momina who was always grateful to Allah SWT. She was physically exhausted but I never heard her complain about it. All her hair fell out while going through chemotherapy. Once when I worriedly looked at her after a lot of hair fell out, she smiled at me and said, Allah has taken away my old white hair and will give me black and strong hair in return. She was so positive. People from all over are praising her. She did so much for people and gave so much in charity that even as family members we didn’t know about it. I hope that she is in Jannah and I believe that she is in Jannah. She used to say that I will not take anyone’s khidmat or anyone’s help, I want to die when I’m on duty (to Allah). Two days before her death, she was doing Samaat-e-Quran. When people told her not to, she said I will do it even if I have to do it lying down. She was fasting and had the niyyah of i’tikaf. It is a great loss for us but we are assured that she has departed to a better place. May Allah give her a beautiful house in Paradise because she had no worldly desires of good clothes or a great house in this dunya. May He clothe her in the best of clothes and may her grave become the gardens of Jannah. She was the living embodiment of the verse: Say, “Indeed, my prayer, my rites of sacrifice, my living and my dying are for Allah, Lord of the worlds.” (6:162). She was the devoted slave of Allah, the best mother, a perfect wife, a wonderful mother in law, and a role model for all Muslim women. I wish to follow the legacy she has left behind.