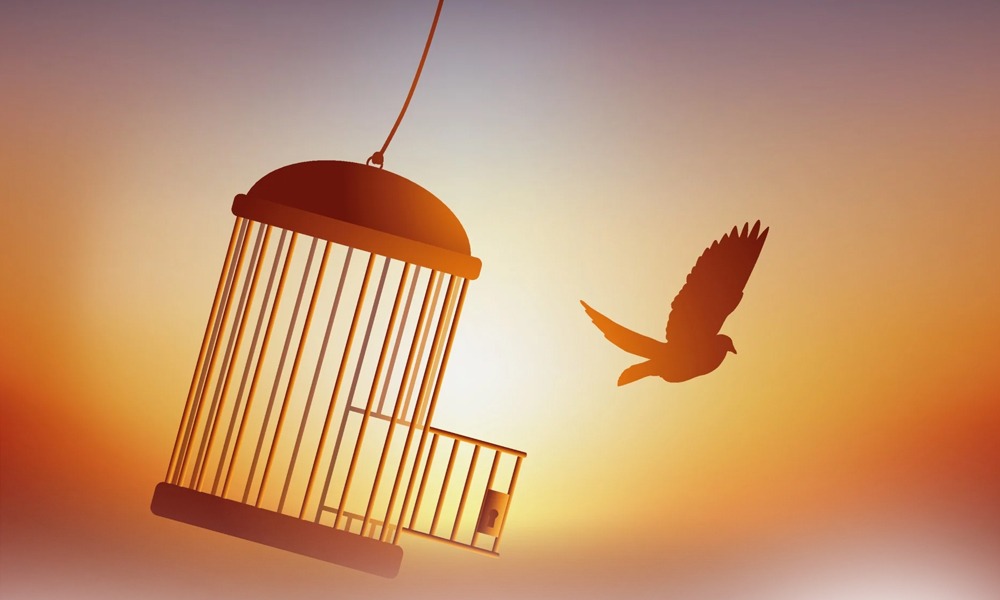 Today, freedom is perceived as the notion to do anything one wants. This fact can be understood in many ways: for some, freedom is when people have the right to make choices free of bias, when one is granted basic amenities like housing and food or when one is simply allowed and respected to be different. The “wants” of each community and culture varies and so do the details of the freedom they aspire or yearn for.

Ironically, freedom, as much as it is available today, remains a dream for most. It is never enough. Yet exactly what does freedom mean? Do we live in a ‘free’ world at all? Does the government determine our freedom? Or is freedom an illusion? Is there any such thing as total freedom? Some may interpret freedom as everything being permissible, including evil without responsibility for others or oneself. Such a distorted picture of freedom may very quickly turn into corruption and the violation of human rights.

But Prophet Yusuf (A.S) found freedom within the frames of prison! “My Lord, prison is dearer to me than to comply with what they are inviting me to do.” Surah Yusuf – 33.

Imprisonment is a grim thought for anyone and that is why these examples may resonate in many ways, and precisely why Yusuf’s preference for jail is so meaningful. In prison, one is stripped of the simple things that we take granted in life. We no longer get to go where we want, eat what we want, meet our loved ones or simply enjoy the small pleasures of daily living. This is apart from the daily torture that takes place behind bars. Being imprisoned is hard, but Yusuf’s (A.S) words and experience demonstrate that real liberation is liberation from sins and vain desires, even when one is patently unfree. Being led by futile cravings is the real imprisonment because one is not physically imprisoned, but mentally and spiritually imprisoned and that is the ultimate imprisonment.

In the light of this verse, there is a young man in the prime of his life. Fortune has placed him in the house of one of the highest dignitaries in the capital of the most civilized country of the world at that time. There, this handsome young man meets with a strange experience. The lady of the house where he has to live begins to tempt and immorally corrupt him. Then, the fame of his beauty and charm spreads all over the capital and other ladies of the town also become enamored of him.

In this critical situation, surrounded by all sorts of devices to excite his passions and entice him, this young man successfully passes through the ordeal and very humbly invokes his Lord to protect him from these traps of sins. He sensed protection in imprisonment, hence he picked prison over palace, lockdown above freedom.

Another incident recorded in the Holy Quran is that of the ‘People of the Cave’ – A small group of young men who were at the prime of their lives, an age that is full of distractions and generally one of worldly life and desires. They realized that their people were immersed in wrongful practices by worshipping other than Allah. Unlike the elders, once they recognized the truth, they shunned the false gods and customs that their elders upheld.

When the society rejected their call to Islam and were ordained to be punished, they escaped and sought refuge in a Cave –“…when the young men fled for refuge (from their disbelieving folk) to the Cave, they said: “Our Lord! Bestow on us mercy from Yourself, and facilitate for us our affair in the right way” Surah Kahf – 10.

Once again, priorities matter. If accepting and practicing the truth demands seclusion or imprisonment – then that is true freedom. The Quran also mentions when Maryam (A.S) took seclusion from her loved ones. This would undoubtedly have been a great trial – to be alone with a child scared and alone, not knowing the logic of her present and unaware of what the future beholds – “…then she conceived him and withdrew with him to a far-off place.” Surah Maryam – 22.

But in the banishment she chose, she found freedom. Such instances enlighten us that the most powerful inhibitor of freedom is within oneself. The single biggest force resisting personal freedom has always stemmed from one’s own personal thoughts and actions. Freedom isn’t realized by a lack of physical boundaries but is born through revelation of a true way of life, our understanding of it and our reflection of the message from our heart and spirit. Freedom is a mindset, a decision rooting to faith and pleasure from the Lord.

When right choices are made, though the outlook may be that of confinement in the world’s eyes, the reality is behind the apparent sight. Besides being destined for reward in the afterlife and contentment within, the prison life of Prophet Yusuf (A.S) helped him bring forth talents and virtues which he himself was unaware of. In the case of the youth in the cave, Allah protected and provided for them in unimaginable ways and has recorded their faithfulness as an incident worthy of heeding for eternity. From her labor and to the birth process, to maintaining her chastity, the life of Maryam (A.S) is striking.

Freedom is in the visionary decision made – the choice to pursue it, cherish it and embrace it, whatever may come forth. Only this perception of freedom may give us genuine happiness and a balanced life.