August 2021
Hijra: The Journey of Hope and Women’s Role 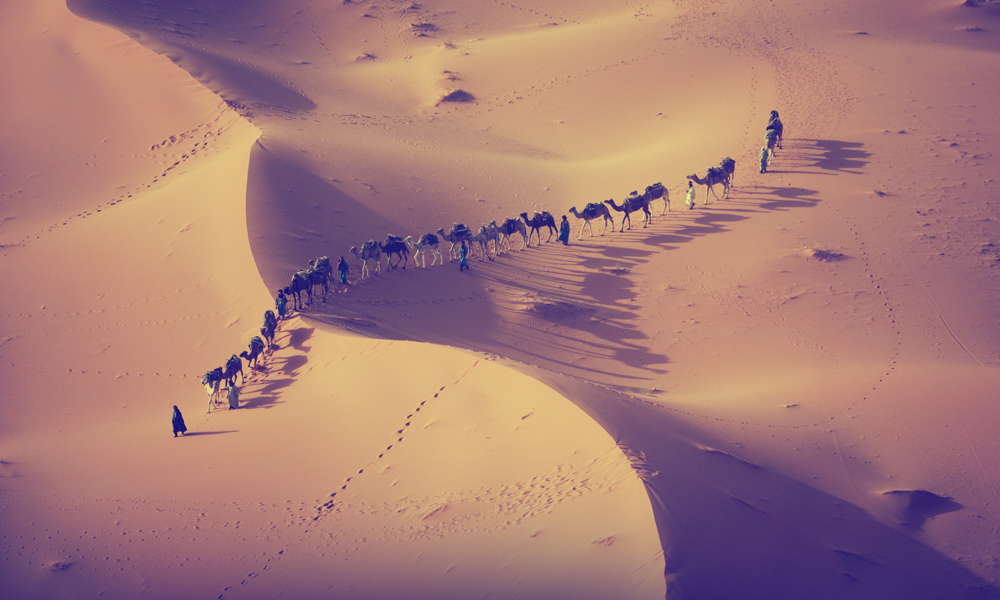 Emigrations are a part and parcel of human history. Great changes in the lives of people are made by emigration throughout centuries. When the month of Muharram marking the beginning of a new year in the Hijra calendar begins, believers start talking about Hijra. The usual talk circles around the Hijra (migration) of Prophet Mohammed (S) and his followers from Makkah to Madinah. After thirteen years of difficult life in Makkah since the first revelation, the Prophet (S) and his people were ordered by Allah to make Hijra to Madinah which was known as Yathrib at that time.

The socio-political environment of Madinah was sorely in need of Islam and its Prophet. The Arabs in Madinah were divided into warring tribes. They led a miserable life fighting each other and were very weak financially and culturally. The Jews in Madinah were in possession of power, wealth and education. They instigated the fights between the different Arab tribes and were exploiting them financially by lending money on interest basis to wage wars. The Jews believed that it was not a sin to exploit the illiterate Arabs. The Jewish scholars used to say that a prophet is going to come, based on the prophecies in their scriptures. Hence, the arrival of a Prophet was something expected among the people of Madinah, unlike in Makkah. This paved the way for the two treaties of Aqaba and eventually the Hijra.
The event has been narrated and read as a story over the years. But what is Hijra actually? Why and when a believer should do Hijra? Does Hijra mean only the Hijra of the body? What do believers learn from the Hijra of the Prophet and the Companions? Do women have a role to play in this? These are questions worth reflecting.
The word Hijra in Arabic indicates separating from others physically, spiritually or in speech. It is not just departing from the land of oppressors, but also connotes separating oneself from evil people, evil deeds and evil habits and practices.

Hijra is part and parcel of Islamic history. Before the Hijra of Prophet (S) from Makkah to Madinah in the 13th year of Prophethood, there were such journeys from homelands to foreign lands. It is there in the traditions of Prophet Ibrahim (A). The Qur’an quotes what he said: “and he said (after his rescue from fire): Verily, I am going to my Lord. He will guide me.” (37:99). He went along with some of his children to Ash-Sham, the home of the Al Aqsa Mosque. Later, he went to Al Hijaz, Makkah. The most important part of his Hijra is the sacrifice of Hajar who was made to go along with him and stay in Makkah, which had no sign of life at that time. But her reaching there resulted in the spring of Zam Zam and the sprouting of life and a great civilization around. The Qur’an quotes the supplication of prophet Ibrahim in this context. “Our Lord! I have settled some of my descendants in an uncultivated valley near Your sacred House so that they may establish prayer. So, make hearts among the people incline towards them and provide for them from the fruits that they might be grateful.” (14:37)

Such journeys can be seen in the lives of other prophets too.

Before the migration to Madinah, Prophet Mohammed (S) had a journey to Taif. His followers were ordered two migrations to Abyssinia (present-day Ethiopia). Women were also included in both the migrations. The prominent among them were the Prophet’s daughter Ruqaiya and Umm Salama.

But Allah’s messenger remained in Makkah in spite of all the tortures and continued with his mission until the command to migrate to Madinah came from Allah. Hijra was not in Muharram. It took place in Rabiul Awal. But the starting month of the year was kept as Muharram as that order of months in the lunar calendar was familiar among the Arabs during those days. The discussion to fix a calendar for the Ummah started at the time of the second caliph, Umar ibn Khattab(RA) due to confusion regarding a letter. It was Musa Al Ash’ari who raised the question whether it was the last Sha’ban or upcoming Sha’ban about which there was a mention in the letter. So, he called a meeting. Different suggestions came from different people like – the calendar can start from the year of the birth of Prophet Mohammed (S), the starting of Prophethood, the death of the Prophet and so on. It was Uthman Ibn Affan (RA) who suggested Hijra as Starting point of the Islamic Calendar and Ali (RA) supported it. The emigration to Madinah is a turning point in history, paving the way for the establishment of a welfare state which stands as a model state in all aspects, with the fastest growth and development in every sphere of human life. Justice prevailed and there was communal harmony. Women’s status got elevated in the real sense of the term, which enabled them to excel in different fields and become contributing members in society. Thus, it was no wonder that everyone accepted Hijra as the marking point for the Islamic calendar.

It was not an easy task to leave one’s home, family, relatives, properties, business, farmland etc. and go to an unknown place empty-handed. It wasn’t like a job transfer from one place to another. It was a journey to uncertainty. But the believers (including women) did so seeking the bounties and pleasure of Allah and helping the cause of Allah and His messenger. Their hope was in the help of the Almighty whose bounty has no limit. That is why Allah praised the Muhajirun (the Emigrants) and promised great reward. “And as for those who emigrated for the cause of Allah, after they had been wronged , We will certainly give them goodly residence in this world, but indeed the reward of the Hereafter will be greater if they but knew.” (16:41)

“Those who have believed, emigrated and striven in the cause of Allah with their wealth and their lives are greater in rank in the sight of Allah. It is they who will triumph.”
(Qur’an 9:20)

The emigration to Madinah was not an act of fleeing away for life, as some historians have wrongly put it. It was a journey of hope. It was the display of complete surrender to the command of the Lord in order to establish a peaceful nation where justice will prevail. “O my servants who have believed, indeed My earth is vast, so worship only me.”
(Qur’an 29:56).

Those who were not ready to leave their comfort zone and go to Madinah are criticized in the Qur’an: “Indeed those who have believed and emigrated and fought with their wealth and lives in the cause of Allah and those who gave shelter and aided – they are allies of one another. But those who believed and did not emigrate – for you there is no guardianship of them until they emigrate. And if they seek help of you for the religion, then you must help, except against a people between yourselves and whom is a treaty. And Allah is seeing what you do.” 8:72 (Also see 4:97)

Hijra doesn’t mean merely leaving one’s homeland and going to another place. It is the Hijra of the body. Believers need to do another kind of Hijra also. That is Hijra of the hearts.

Abandonment of wrong-doings which are part of disbelief, polytheism, hypocrisy, immoral acts, forsaking or keeping away from any deed, word, food as well as forbidden gaze and forbidden listening are Hijra of the heart. The Prophet (S) said that the one who abandons what Allah has forbidden is a Muhajir. Another kind of Hijra is to desert wrong doers. Allah advises the Prophet (S): “And be patient O Muhammed what they say and keep away from them in a good way.” (Qur’an 73:10). The highest form of Hijra of the hearts to Allah is to completely surrender to Him sincerely in secret and in public with no other intention except that of gaining His pleasure. Similarly, believers perform Hijra to Allah’s messenger by following him and giving priority in obeying his orders over anybody else.

The entire history of Hijra teaches us the lesson that if we are ready for Hijra we can create Madinah. We need to do Hijra (abandon/migrate) from all that is against the spirit of the Qur’an and the Prophet (S)’s teachings. We need to be away from the customs and practices which enchain us culturally and deviate our attention from doing anything useful for us and humanity at large. We need to engage ourselves in more creative and productive activities which improve the social and economic status of the society.