August 2021
Ihsaan: In Pursuit of Excellence 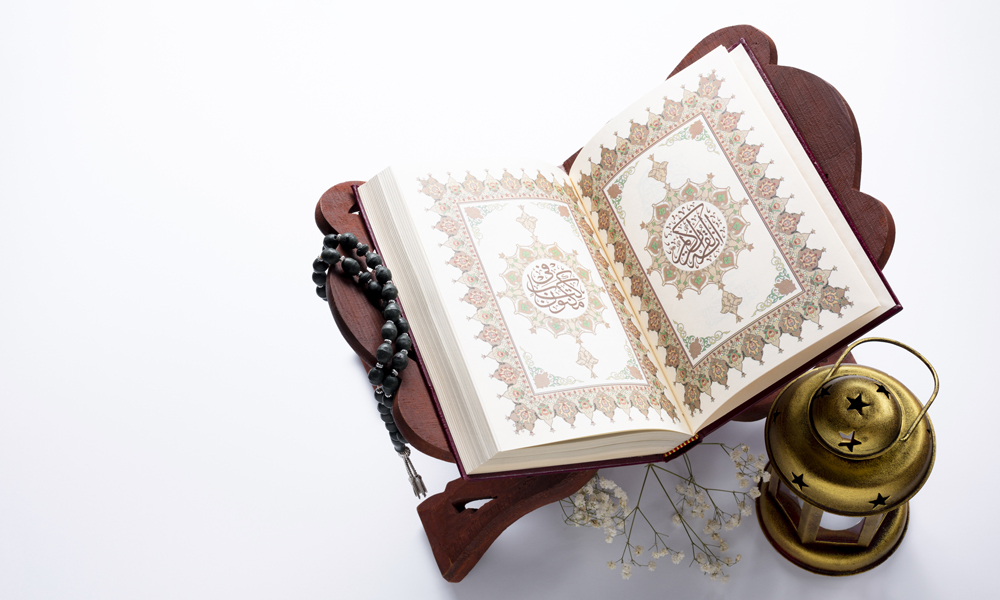 Excellence is nothing but a continuous effort to be better than what you are. It is all about doing the best you can. Excellence is to appreciate the God-given skills and talents we possess, have a strong passion to pursue them, build the inner strength needed to execute them in a diligent and intelligent way and be positive to envision all obstacles that may come in the way as potential opportunities.

Excellence is being the best in whatever you do. Aristotle has rightly said, “We are what we repeatedly do. Excellence, then, is not an act, but a habit.” It is an established fact that those who strive to achieve excellence in all their actions were not born like that. They have developed it over a period of time, through dedication, wisdom and smart work. Excellence thus becomes a ripple effect of passion and performance combined.

The Holy Qur’an and the life of Prophet Muhammad (PBUH) give us unique guidance of striving to achieve excellence in every matter of our life. The Qur’an and Sunnah lead us towards a journey in pursuit of excellence which is comprehensively outlined in the concept of Ihsaan. Linguistically in Arabic, Ihsaan comes from the word Ahsana which means ‘doing things in an excellent and best manner’. However the word, Ihsaan has an expansive meaning. It is a combination of many characteristics such as excellence, perfection, righteousness, will-power, good character, beauty, balance, harmony etc. The Qur’an and Sunnah assert ‘excellence’ to be a dominant trait of a believer. Therefore, mediocracy can never be the way of a believer.

‘O you who believe! Enter into submission completely’ (Qur’an – 2:208). While illustrating the purpose of the human’s existence and his life & death, the Qur’an declares that it is to try and see as to who performs better in life. ‘He (is the one Who) created death and life, that He might try you as to which of you is better in deed’ (Qur’an – 67:2).

There is a famous Hadith known as Hadith Jibreel in which angel Jibreel (AS) comes to Prophet Muhammad (pbuh) and converses with him in the presence of his companions about some essential teachings of Islam. When the conversation ended and Jibreel (AS) left the place, the Prophet (pbuh) informed his anxious companions who were awestruck by the aura of the visitor, that “He was Jibreel (AS), He came to teach you your religion.” One of the few questions that Jibreel (AS) asked the Prophet (pbuh) during the occasion was “What is Ihsaan?” To which the Prophet replied saying, “Ihsaan is to worship Allah as if you see Him, for though you cannot see Him, He sees you.” When someone worships God as if he sees Him, it is obvious that he would be filled with consciousness of His Majesty and Omnipresence. Consequently this feeling of his Creator’s presence will lead a person to strive towards sincerity, excellence and perfection in everything he does. On several other occasions, Prophet Muhammad (pbuh) has expressed the importance of excellence in our actions. In a Hadith recorded in Sahih Muslim, Shaddaad Ibn Aws (RA) reported the Prophet (pbuh) saying; “Verily, Allah has prescribed Ihsaan (excellence) in everything.”

The Holy Qur’an uses the term ‘Muhsin’ to refer to the person who strives towards Ihsaan. The reward of a Muhsin mentioned thereby is so amazing that a believer would be compelled to attain excellence in all walks of his/her life. There are many traits mentioned in the Qur’an that will earn us the love of Allah. Earning the love of Allah is undoubtedly the greatest reward that a believer can achieve. The Qur’an mentions it saying ‘innallaha yuhibbu…’ in some places and ‘wallaahu yuhibbu…’ in some other places meaning ‘Allah loves…..’ It is to be noted that among all such qualities that earn the love of Allah, being a Muhsin is mentioned the highest number of times. Excellence in good character, best behaviour towards people, kindness towards all of Allah’s creations, charity, forgiveness, refraining from sins, controlling anger etc. are some of the qualities highlighted in the Qur’an wherever ‘Muhsin’ is mentioned. One such beautiful verse says; ‘And hasten to the forgiveness of your Lord and to a Paradise as vast as the heavens and the earth, prepared for the God-fearing. Who spend in charity at times of ease and hardship, who restrain their anger, and forgive others. Allah loves the Muhsineen (those who are excellent)’ (Qur’an – 3:133,134).

In the same chapter of the Qur’an, there is a mention of the followers of many Messengers who struggled and fought in the way of their Lord and invoked Him asking His forgiveness for the shortcomings that might have occurred during the course. The Qur’an promises them of their reward in this world and in the hereafter for being a Muhsin; “Thereupon Allah granted them the reward of this world as well as a better reward of the World to Come. Allah loves the Muhsineen (the doers of good)”
(Qur’an – 3:148).

Most importantly the Qur’an ordains human beings to show the best behaviour towards their parents and uses the term Ihsaan in the verse to illustrate it; “Behave with Ihsaan to your parents” (Qur’an – 17:23).

The Qur’an proclaims that ‘excellence’ is the way of the great Prophet Ibrahim (AS) and subsequently of all the prophets that came after him; “And whose way of life could be better than that of he who submits his whole being to Allah, is a Muhsin, and follows exclusively the way of Abraham? Allah has taken Ibrahim as a friend.” (Qur’an – 4:125).

Excellence is ordained in every walk of life. While talking about divorce God commands the believer to exhibit excellent behaviour even while the couple parts ways. The Quran says; “And in this case (divorce) you should make provision for them. The affluent, according to his means and the poor according to his means – a provision in fair manner. That is a duty upon the Muhsineen.”(Qur’an – 2:236) It also asserts that the parting should be in an excellent manner “Divorce can be pronounced twice: then, either honourable retention or release with Ihsaan (excellence) should follow.” (Qur’an – 2:229)

On the professional front too, it is prescribed upon a believer to be excellent and perfect in his/her duties. Anything that is entrusted upon a believer is ought to be carried out in the best possible way. Prophet Dawood (AS) was bestowed with skills to work easily with iron and he was asked to do his work in an excellent and perfect manner; “Fashion coats of mail and measure their links with perfection, and act righteously. I am watching over whatever you do.” (Quran – 34:11)

Our journey towards achieving this marvellous trait of ‘excellence’ needs to be a continuous one. The focus should be on maintaining a steady and unceasing journey. God has guaranteed reward for every effort, saying; “Indeed Allah does not cause the reward of the Muhsineen (doers of excellent deeds) to go waste” (Qur’an – 9:120, 11:115, 12:56, 90).

The path of excellence is a steep path. It is to be scaled with utmost endurance. There are certain indispensable aspects to contemplate while on a mission to scale this steep path;

Knowing the talents and abilities that God has bestowed on us is the primary requisite in the journey of Ihsaan. That was the approach of the great Messengers of God. Prophet Yusuf (AS) recognizes his expertise and asks God to confer him with the position that would let him excel in his duties; Yusuf said: “Place me in charge of the treasures of the land. I am a good keeper and know (my task) well.” (Qur’an – 12:55). Prophet Sulaiman (AS) too invoked God to grant him authority as he was sure he could give the best governance to his people; He (Sulaiman) said: “My Lord, forgive me and bestow upon me a kingdom such as none other after me will deserve. Surely You are the Bounteous Giver.”(Qur’an – 38:34)

2. Sincerity in thoughts and actions

As the famous Hadith says; “Actions are judged by their intentions”, the ultimate pursuit towards achieving excellence cannot be a mere show off. If the motive is to only augment one’s own reputation and evaluate how people may react to a certain deed, it can be a hurdle in the way of pursuing excellence. Pursuing Ihsaan should always be a means of seeking the pleasure of our Creator.

3. Humility is the key factor. Shunning ego & pride and practicing humility is an essential aspect in this pursuit. The Qur’an affirms this quality as the distinction of God’s true servants; “The true servants of the Merciful One are those who walk on the earth gently” (Qur’an – 25:63). The Prophet (pbuh) said, “and no one humbles himself before Allah but Allah will raise him (in status).”
4. Seek to walk an extra mile Doing everything in a meticulous manner and to the best of one’s ability is a manifestation of Ihsaan. The Prophet (pbuh) has said, “Allah loves to see his servant who does a job with itqan (meticulously).” (Al-Tabarani). The great Islamic scholar Raghib Al Asfahaani in his famous dictionary of Qur’anic terms ‘Al Mufradat fi Gharibil Qur’an’ has thus defined Ihsaan; “Ihsaan is to give more than what is required for you to give and be contented with receiving less than what you should be receiving.”
5. Consistency and Steadfastness Excellence in a deed can be achieved by practicing steadfastness and consistency. Deeds done out of sudden emotion and temporary enthusiasm may lack sincere devotion and commitment which will eventually lead to inactivity. Prophet Muhammad (pbuh) has taught a profound formula in this regard. He said, “The best deeds are those done regularly, even if they are small.” (Ibn Majah).

Ultimately the prominent element that plays the most important role in this marvelous journey of excellence is the incredible attribute called ‘patience’. Excellence in thoughts and actions needs perseverance of the highest level. God has promised his patient servants in several places in the Qur’an that he would always be with them; “Certainly Allah is with those that are patient” (Qur’an – 2:153).

The reward of Ihsaan is so beautifully mentioned in the Qur’an that it leaves us with no other way than to tread the path of excellence and excellence alone. God has promised rewards for excellence to be found both in the life of this world and in the hereafter: “And when the God-fearing are asked: “What has your Lord revealed?” they answer: “Something excellent!” Good fortune in this world awaits those who are excellent (in deeds); and certainly the abode of the Hereafter is even better for them. How excellent is the abode of the God-fearing” (Qur’an – 16:30). He also says; “Can the reward of Ihsaan (excellence) be any other than Ihsaan (excellence)?” (Qur’an – 55:60).

God has promised the eternal bliss of paradise and many more surprises for a Muhsin; “For those who do Ihsaan there is so much goodness as reward and more besides” (Qur’an 10:26). What an incredible reward promised by our Creator for this excellent attribute of Ihsaan!

Our journey in pursuit of excellence begins with a strong desire we have and the right intentions we possess. Subsequently one will have to evaluate one’s strengths and weaknesses and strive to do the needful. Ihsaan should be our attitude in all walks of life such as our worship, our best behaviour towards people and all the creations of God, enhancement of our skills and knowledge, in building our self-esteem, in our relationships, at our workplaces, in improving our health and well-being and being beneficial to the world around us by all means. Those who realise the value and beauty of Ihsaan will surely taste the sweetness of its fruits in the life of this world and the eternal life of the hereafter.