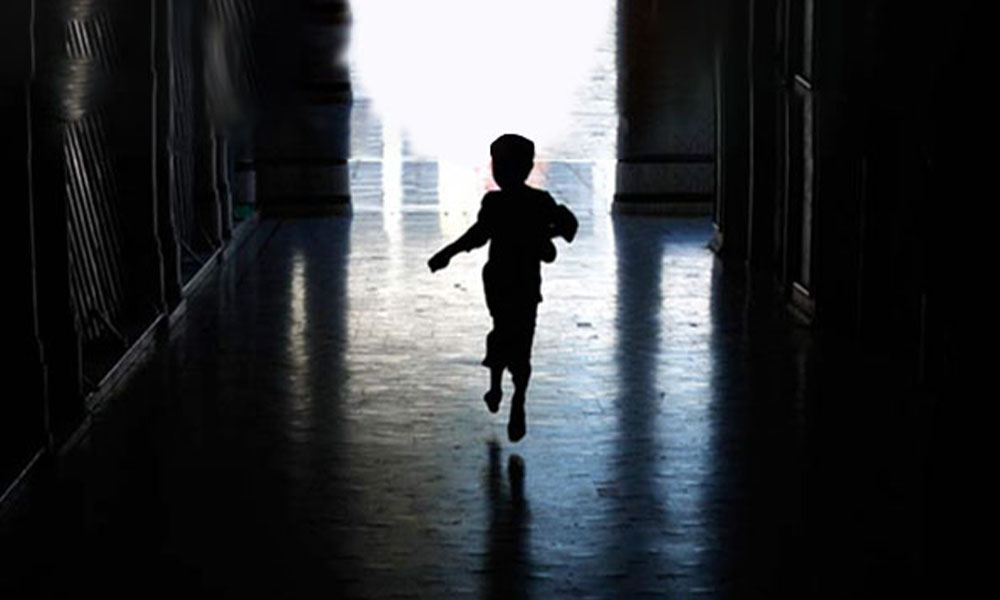 According to the National Study on Child Abuse, released by the Ministry of Women and Child Development in India (2007), almost half of the children in India reported having been abused sexually in some form. The peculiarity of child sexual abuse is that it primarily takes place within the ‘safe’ and private space of the family at the hand of a known, trusted adult. Since families in India promote a sense of familial self and shared living, several cases go unreported. The sexual abuse of the child remains a hidden act from the family for years or even an entire lifetime, let alone from the other stakeholders such as police, lawyers, child rights activists, etc.

While a large section of society is still unaware, unwilling to accept, and insensitive to the heinous acts of sexual violence against children, there is also an emerging section of parents/guardians who are willing to break the conversational barriers and ensure that their children are safe from any prospective sexual violence acts.

The contemporary discourse of prevention of child sexual abuse suggests that we teach our children the difference between safe and unsafe touch, and tell them to reach out to a trusted adult if they ever experience an unsafe situation. This seems to be an effective strategy to many, however, it is certainly not enough, and even problematic at many levels. Also, to your surprise, your child may not disclose to you about his/her sexual abuse, irrespective of being trained or not trained in the mentioned prevention strategy.

It is because disclosure is much more than just ‘telling the truth’. It is an emotionally demanding process; it is very difficult and complex. So, let us see why statements of adults such as, “If something happens, then let me know” or “Why didn’t you tell me?” are not of much use in most cases of child sexual abuse. The given points will help you to identify and reflect upon some of the possible reasons because of which a child does not disclose his/her sexual abuse.

So, let us see why statements of adults such as, “If something
happens, then let me know” or “Why didn’t you tell me?” are not of much use in most cases of child sexual abuse. The given points will help you to identify and reflect upon some of the possible reasons because of which a child does not disclose his/her sexual abuse.

a) Groomed by the Abuser

b) Non-Comprehension of the Act and its Consequences

A child, as young as 4-years-old begins to make sense of actions or gestures which direct or result in sex. However, this does not mean that they understand their sexual abuse.

For instance, children do understand why the adults change the TV channel every time an intimate scene pops up, why females don’t change clothes in open, or if they themselves are touched in a manner or at a place that seems uncomfortable and socially unacceptable. Yet the child does not know what is being done with him/her. While the child knows that the nature of the act is sexual because he/she has been sensitized to sexual acts in her surroundings from television, from the family remark, yet what confuses him/her is that often the sexual acts that he/she has witnessed in his/her surroundings take place between two adults (consenting). However, during sexual abuse, the two parties are adult and child. Many abused children even fail to acknowledge and process the act of sexual abuse till adult years. Furthermore, there is a range of emotions that a child goes through during and after the sexual abuse, such as fear, agony, confusion, pain, guilt, betrayal and anger. This makes it very difficult for the child to talk about the abuse.

The narrative of shame, stigma, impurity and honour runs deep in Indian sensibilities concerning sexuality, particularly for the female body and sexuality. Children are socialized in a culture of shaming right from childhood wherein they are shamed for touching their genitals, not covering the body, innocently peeking into an adult scene on the television, and so on. Being aware of this culture of shaming, the child does not gain the confidence to disclose his/her abuse.

We often view children as innocent, sacrosanct beings; those who always speak the truth, precisely because they lack the ‘adult-like moral corruption’. However, the irony is that when a child discloses the sexual abuse, he/she is not likely to be believed.

In addition, often the abuser is not a ‘monster-looking person’, rather he/she is the most friendly person of the family or trusted person to the family. The child, in his/her understanding, is aware of the glorified image of the abuser. Thus, the child does not disclose because he/she believes that his/her testimony would not be believed by the adults.

e) The Burden of Guilt

The child often believes that he/she is responsible and an active partner in the sexual act. This results in a sense of guilt of participating in the act which further compels them to keep it a secret from everyone.

Some even contest that if the child enjoys the act then it need not be deemed as sexual abuse. However, this assumption is incorrect. The sexual encounter between an adult and child is abusive because the child’s informed consent is absent. Informed consent involves two things: the child should know what he/she is consenting to and the right to say yes or no to the act. Children do hold sexual feelings, but it’s the adult who decides/determines the course of the sexual encounter; thus bear the responsibility of the act. Children participating in sexual activities with adults are not likely to be aware of the rules, meanings and socio-physical effects of sexual intimacy. They participate and in some instances enjoy the act as well, but the choice of participation i.e. ‘will’ cannot be deemed as ‘consent’. Yet they bear the burden and choose to remain silent on their abuse.

f) Dependence upon the Abuser

g) Presence of Other Types of Violence

Sexual abuse is an act that takes place in a social-cultural context and not in a laboratory kind of setup. Therefore, often the child is subject to other types of violence in addition to sexual abuse. For instance, children who experience domestic violence are at greater risk of being sexually abused. The abuser knows that a culture of character assassination prevails in the family; lack of trust exists. He/she uses this to abuse the child and refrain him/her from disclosing the act. The child is also aware that he/she cannot reach out to the father because of his abusive nature and the mother seems so helpless and abused herself. Thus, the child ends up believing that his/her disclosure will further worsen the situation; so he/she chooses to be quiet. If the family which should be the site of protection and care is violent at so many levels, the child cannot gather the courage to speak about his/her sexual abuse.

h) Social Placement of the Child

Sexual abuse is characterized by many social factors. For example, age is a crucial factor that affects disclosure. In our culture, children grow with a sense of obedience, unquestioning optimism, and trust in their environment. Children are deemed as the property of their adults, thus legitimizing institutional violence against children. Thus, to identify an adult as an abuser is to defy the authority and respect of the adult. Similarly, caste is yet another factor that affects the likelihood of disclosure. A child from the Dalit community who experiences untouchability, lacks institutional support, and imbibes low self-esteem is not likely to disclose his/her sexual abuse.

i) Lack of Vocabulary

We tell our children that they should report to us if they experience any act of sexual abuse. Ever wondered, how would they do so? Children do not have the vocabulary, the right kind of words in which they can disclose about their abuse. They do not fall short of words; they don’t have any in the very first place.

j) Not the Child’s Responsibility

It is not the child’s responsibility to disclose. This is indeed one of the acts which can help to prevent or stop sexual abuse, but the onus of preventing or stopping the abuse need not be placed on the child. It is the responsibility of the adults to ensure that the child does not enter vulnerable situations. If he/she does enter, then offer the child an environment that is safe, comforting and assuring.

Thus, as adults, we need to be sensitive to the inexplicable amount of heart and soul it takes to disclose. Disclosure is not the obvious response of a child to sexual abuse. While it is the most desirable yet tiring option for the child; an option he/she never intended to opt for.