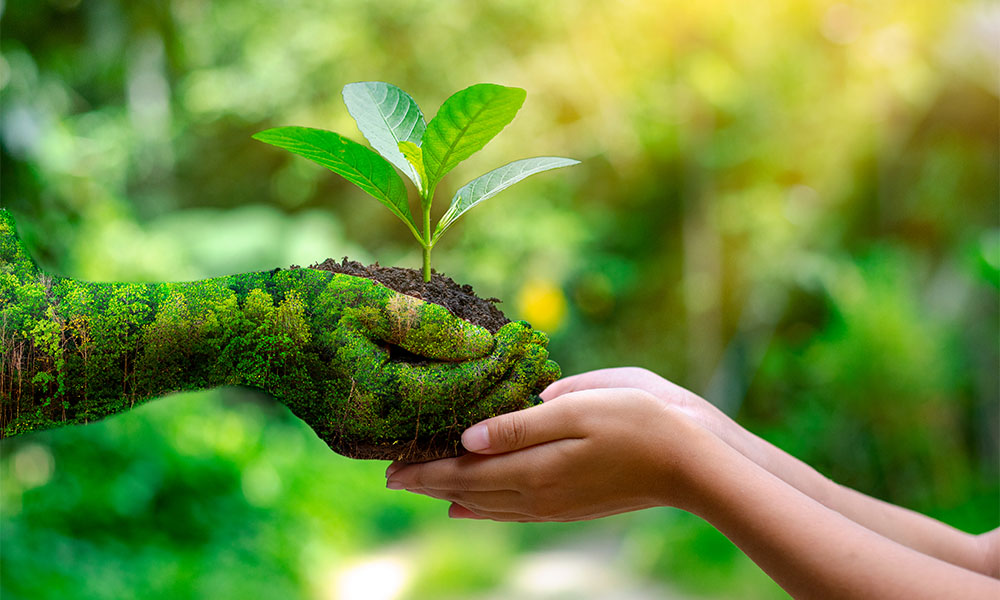 When we teach children at schools about the scientific aspects of rain, we don’t mention the Creator of this wonderful blessing that plays a significant role in maintaining human and animal life on this planet. While describing the chemical structure of water (H2O), we don’t tell children about who structured it in such an amazing way.

The ecosystem on earth has been damaged by unfriendly human intervention, causing several environmental problems and climate change as revenge of nature. We often discuss solutions to environmental issues without considering the spiritual aspects. As a result, we fail to find proper solutions to this vital issue. When we teach children at schools about the scientific aspects of rain, we don’t mention the Creator of this wonderful blessing that plays a significant role in maintaining human and animal life on this planet. While describing the chemical structure of water (H2O), we don’t tell children about who structured it in such an amazing way. The Holy Qur’an speaks about water: “And We have sent down rain from the sky in a measured amount and settled it in the Earth. And indeed, We are Able to take it away.” (23:18) The Almighty has taken measures to preserve rainwater as it is kept in a special layer of the Earth. Experts who determine the site for wells lead us to these reservoirs where God has kept excess rainwater for future use of mankind. There are limitations for the precautionary measures taken by man. Considering this fact the Qur’an asks us: “Did you even consider, if all the water that you have (in the wells) were to sink down into the depths of the Earth, who will produce for you clear, flowing water?” (67:30) While teaching geography it is the duty of teachers to tell students about the Almighty who created the Earth and made it a suitable dwelling place for humans and animals. In the name of building construction we have been exploiting natural resources such as rocks, stones and sand, and demolishing mountains that play a key role in protecting the balance of the Earth. The Qur’an explains further. “And We placed on the Earth stabilizers, lest it sways with them.” (21:31) When people ignore these warnings from God, they will be hit by earthquakes, landslides, tsunamis and climate changes. According to a Hadith of Prophet Muhammad (peace be upon him), all are partners in water, grass and fire. As per Islamic teachings, the misuse and pollution of water is a big crime. The Prophet has prevented his followers from urinating in stagnant water and taking bath in such impure waters. The Prophet has also instructed that you should not use water extravagantly even if you do ablution for prayer from a flowing river. This way the Prophet has given us vital water management lessons over 14 centuries ago. Regarding the grass that covers forests, we should know it has been provided by God as food and as a dwelling place for animals. When people started occupying forests, animals started appearing in human dwelling areas, causing panic. The third important thing mentioned in the above Hadith is fire, which includes electricity, petrol, diesel and gas in modern days. If we raise the issue of extravagance in using these energy resources, some people object saying they have paid for it. But people should understand that these natural resources are common properties and we have to create awareness about economical use of these resources from childhood days. They should also be taught that there is a supervisor watching over them at all times.

The pollution of water, air, sound and light harms humans as well as nature. Pollution of light has led to the extinction of certain birds, flowers and creatures that migrate and live in the night. The Prophet instructed us to put out fire before going to bed, not only for the protection of humans but also for the welfare of night birds and animals. Unbridled life and social evils will have dangerous social consequences. The Qur’an says: “Corruption has prevailed on land and sea owing to the evil (deeds) which people have wrought.” (30:41) Prophet Looth’s (Lot) people who engaged in homosexuality were punished by God and He turned the cities upside down and rained down on them brimstones as hard as baked clay. The Dead Sea that cannot produce any vegetation stands witness to that appalling punishment. The people of Prophet Noah and Prophet Houd, who lived thousands of years ago, were agricultural communities as per the Qur’an. These farming communities were facing social and economic inequalities in addition to the hegemony of upper classes on the lower classes. They were tested by drought and famine that caused human and material losses. The situation reached to the extent that the Prophets had to intervene. They advised their people to keep away from big sins, pray to the Almighty, ask Him to forgive their sins and follow His teachings in all walks of their life. The Prophets said: If you follow this advice you will get rains in abundance, your agricultural crops will flourish, famine and drought will end and you will be strengthened by human and material resources. Prophets have played a leadership role to enhance cultural progress. Qur’an says: “And cause not corruption on the Earth after its reformation.” (7:56) In short, the ownership of the Earth rests in the hands of the Almighty. Human beings on the other hand are His representatives on the Earth. They are supposed to deal with matters in accordance with His teachings. Now the question is whether individuals, societies and governments take up this mission to preserve our environment for us as well as the coming generations.