November 2021
The Silence of the Lambs 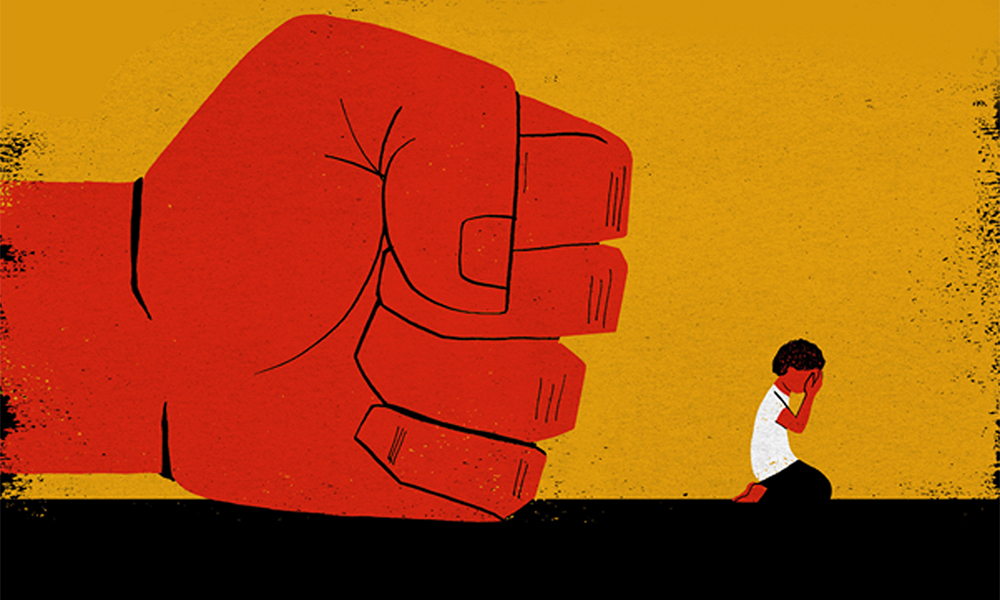 It is a solemn time for us. Our nation has been gripped by a disease that has shaken the very foundations of humanity. While we are still grappling with the gruesome rapes and murders of many names, there is a surge of similar incidents across the country. It is a chilling message by the perpetrators, “kar lo jo karna hai”, we will continue brutalizing you. This reckless abandon stems from the knowledge that laws can be bent and broken. The upholders of law and order have failed in their duty to dispense justice. And till we maintain the stance that ‘this is not my problem’, the beast will raise its ugly head even higher on the pedestal of our complacency.

Every other day, heinous crimes are committed against children, and violation of their privacy tops the list. Successive incidents compelled me to think about the corruption of human minds. Businesses have succumbed to adopting irresponsible marketing techniques, using every method to sell, with no sense of ethics and are careless of the repercussions. Pornography, which is a major catalyst in sexual crimes, turns men into monsters who seek out easy targets, too often within the ‘security’ of their own homes. The objectification of women has led men to even believe it.

It seems like rape is becoming yet another new normal. Incredibly, we are becoming so cold that one has to literally force out vestiges of rage, disgust and sympathy that would arise as a response to such crimes. Are we as a nation becoming tolerant to rape?

We can’t allow our conscience to sleep and allow this to be a norm. Rape is a malaise that needs prompt action-quarantine and delete from the system, the only answer to the perpetrators. The duty of those we elect to power is to tackle such matters with an iron glove and mete justice to the victims. While laws for rapists need to be stringent, societal reforms, starting from our homes are the need of the hour. We need to work towards a future generation of ‘humane’ beings raised to respect each other.

In people power I firmly believe! The nationwide protests have succeeded at awakening the government from its stupor and forced it to take those reluctant steps towards justice. “Boys will be boys” are the shocking jibes by some politicians. If not us, who will question our public servants who have failed miserably

Where are we heading as a nation? We cannot call ourselves great unless and until the rights of the marginalized, the weak and the helpless are protected. One needs to ponder very seriously over such problems and seek their solutions. Teachers, parents, social workers, NGOs, all need to get together to create awareness about and avoid sexual abuse. Parents need to communicate with their children and build up trust so that children can safely open up to them. Victims need support to come out and break their silence.

to maintain the safety of us citizens? But do we always need a ‘Nirbhaya’ and an ‘Asifa’ and a ‘Masoom’ to wake us up? Or are we far away from the possibility of a safe nation for all?

Crimes against children should be given utmost attention by the law. We are dealing here with people who are utterly unable to defend themselves from abuse and harassment. We all need to be activists in our own way. We all need to come out of our comfort zones and stand up for a justice that transcends the barriers of race, gender, caste, creed, religion and region. While laws for rapists need to be more stringent, there is a simultaneous and urgent need for social reforms. The family structure which is on the verge of collapse has to be rebuilt. With both parents struggling to provide the family with material benefits, a much larger need is sacrificed….the need of children seeking good role models.

1. Starting from our own homes, we need to stop undermining girls and stop inflating the egos of the male child. Discrimination begins at home and idea seeps in the mind to later yield disastrous results. While men and women have been created equally (not similarly), the conditioning that women are lesser beings, has to change. And we need to teach our daughters to accept nothing less than dignity. Just as men have rights over women, women have rights over men. We need to raise our sons and daughters in equality and mutual respect so the coming generations are purged from such malaise.

2. Any problem needs solutions at different levels. Law cannot reach everywhere. That’s where moral education will help. Along with moral uplifts, certain prohibitions need to be in place. Pornography is a social evil that plays a large role in the rising rapes crimes. It can affect people to such an extent that good men can turn into monsters. Pornography can create monsters even within the security of homes. One can, to an extent, control the content in homes by parental blocks and thus protect children from net abuse. But what about outside the walls of a home? How does one protect their children from porn addicts who are lurking for prey?

3. The media sets the mood for society to follow. Film actors need to realize that they have a moral responsibility. In the garb of liberating women, the media has only exploited them.

4 How does one protect children from being trafficked and violated? Parents, teachers and guardians need to be extra vigilant. Not even a grain of complacency should be allowed. It is no use crying over spilt milk later. Children are helpless and need the protection of adults.

Never, even for a minute should parents trust them with strangers. Unfortunately, this kind of vigilance creates an atmosphere of distrust and fear. But it is the price we are paying to protect our young ones from being scarred for life.

5. What is appalling is that we have heard of a dozen cases and it seems that we are slowly ‘getting used to it’. Such news very often fails to arouse the anger of many. This is a dangerous sign. It is a sign of society getting complacent. This sends a signal to the perpetrators that they can get away. We, as a society should not allow this to happen…to allow crimes of this sort to find a place of normalcy in life. As is often said, “A sin that is committed publicly in the midst of a gathering is considered to be the collective sin of the people who tolerate it.”

6. Where are we heading as a nation? We cannot call ourselves great unless and until the rights of the marginalized, the weak and the helpless are protected. One needs to ponder very seriously over such problems and seek their solutions. Teachers, parents, social workers, NGOs, all need to get together to create awareness about and avoid sexual abuse. Parents need to communicate with their children and build up trust so that children can safely open up to them. Victims need support to come out and break their silence.

We have a long way to go. We need to push for stringent laws, fast track courts, reform mindsets that ostracize the victims while saving the perpetrators, and develop least tolerance for all sorts of evils. Hopefully, India will see a time where we may not need candle marches for justice but a time where our children will roam free and reclaim the streets fearlessly.