November 2021
The State of the Economy: Women’s Role and Responsibilities
Views : 178 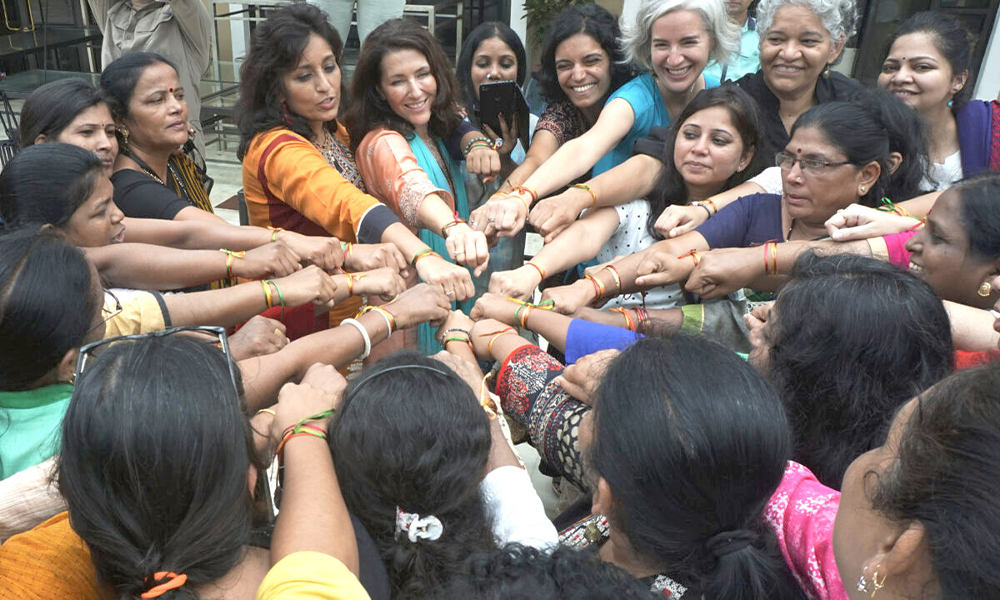 The dynamics of the Indian economy have been unfavorable for quite a few years now. From rural to urban spaces, we have seen an unprecedented decline in our economy. According to the Ministry of Statistics and Programs Implementation, India’s real GDP growth of Q1 of FY21-22 is at 20.1 percent. Unlike what the government would like us to believe, we should know and understand the effort that has been made to exaggerate the output growth, which further adds to the concerns about the country’s financial growth. From the adverse effects of demonetization that affected the informal sector in particular, to the poor design and implementation of GST affecting even the government finances, the nation has been through a lot in the past few years.

Among many others, one of the primary reasons for this huge downfall is the lack of an all-inclusive workforce in the country. As per Ministry of Labour and Employment, the total number of female workers in the country is 149.8 million and female workers in rural and urban areas are 121.8 and 28.0 million respectively (Census 2011). Furthermore, out of the total female workers, 35.9 million females are working as cultivators and another 61.5 million are agricultural laborers, which proves that the majority of women work in the informal sector which would also mean bare minimum wages, no employment benefits or social protection for them. It is beyond shocking that nearly half of India’s women do not have a bank or savings account for their own use, and 60 percent of them have no valuable assets to their name. (UN India)1.

Despite such clear statistics, we know that the women of our country are almost always involved in some kind of activity, but unfortunately much of their work is devalued as they are mostly employed in low skilled or low paid informal work that deems them to be of little worth. One example of such unfair utilization of human capital would literally be in our daily cup of tea. Like most other informal sectors, the tea industry relies heavily on female workforce. But they are only given roles that require them to work for more time in tiring conditions, yet their wages are outrageously low, such as tea pickers, pruning the bushes, etc. but are hardly ever seen in managerial positions. It should hence not come to our surprise that India ranks 5th among the top 7 tea-growing countries in inequality in this particular industry alone.

Amidst the raging pandemic, we also came across disturbing news about exploitation of female workers in factories of well-known brands like Ralph Lauren, Marks & Spencer, etc. We heard about workers having to function day and night with just two hours of sleep and under abusive managements. India ranks among the top five in the global export of garments and apparel, but it comes at the cost of our women who are the backbone of this industry. They are poorly paid desperate migrants who are often threatened with expulsion if spoken against the injustice.

Unlike popular assumption, gender discrimination and exploitation of women is not just a problem of the traditional or informal sector. In a recent study by the World Bank, gender targeting job ads and explicit salary gap was seen to be the norm in our country by the formal job sector. This further proves that the problems faced by women in the economy are not restricted to any particular field but is to be attributed to the deep-rooted gender roles and sexism that has been engraved in our minds for centuries. The National Sample Survey Data shows that, in the field of highly skilled occupations, there are roughly 4 men for every 1 woman, and that only about 13 percent of all management and senior positions were held by women.

For these women, apart from generating an income for their family, they also have the responsibility of household chores which includes important and draining tasks like taking care of the kids, the sick and the old. Other gendered roles that cannot be compromised are also present, such as cooking and cleaning for the family, maintenance of the house, etc. Most times, young girls (unwillingly) drop out of the school at a very early age so as to contribute to the income of the family. But even with all of these activities, these hard-working women and their contributions aren’t recognized nor do they benefit the economy. Even with such heavy and daunting tasks, their productivity remains low compared to their potential because of their limited reach to better opportunities.

Recognizing the potential of women is an important factor in the betterment of societies, whether it is the work they do at home or outside. At present, India has 432 million working-age women, of which 343 million are not in paid formal work. It is estimated that the Indian economy could grow by an additional 60 percent by 2025, adding $2.9 trillion, if women were represented in the formal economy at the same rate as men. (McKinsey Global Institute). 2

However, mere participation in the workforce does not automatically lead to a dignified life. We as women need to seek dignified and equitable work environments for the women who chose to work outside the home, as well as ensuring that laws are reformed and enforced, and that women have a right to redressal and justice in all spheres of life. It is high time women realize and recognize their potential to get past the current situations and to empower themselves.

And none of these are easy things to overcome. It is built upon a long legacy of oppression which needs sound strong policies to be countered. We can speed up the process towards progress by working together. It is not just the woman at the top of the corporate ladder whom we need to recognize, but also the lady with the fishing basket who goes unnoticed and ignored.

We expect important actions from policy makers, such as qualitative improvement in the informal sector with more policies that support women workers, promoting investment in services and skills training for informal laborers that would add value to their activities. We should take lessons from countries like Japan who has introduced policies like ‘womenomics’ that includes legislation to expand childcare and to eliminate the tax deduction for dependent spouses, etc,.

We need economic development rather than economic growth, where economic development refers to the improvements in not just volume indicators of an economy but also in the social, environmental aspects as well. A qualitative development, along with a quantitative one. A nation which can trace real economic growth but through the deterioration of social and environmental depletion, will not thrive in a long-term economy. Policies that advance the inclusion of women would lead to the diversification of economy which in turn improves and attains a stable and sustainable development, and also helps build a resilience to external shocks. Gender inequality in the economy may also be directly related to income inequality, and improving women’s economic inclusion leads to addressing this problem. 3

A study in a few villages of Maharashtra in the year 1991-93 examined the impact of all-women panchayats in the area. The study concluded that the all-women village councils improved the accessibility of basic necessities like fuel, water, and fodder providing relief to women and directly increased the number of school-going girls in the villages. The study also indicated a rise in women’s mobility and assets. This case study clearly shows how women empowerment becomes one of the greatest tools that one can employ in order to improve the social, political and economic environment of a society.

Even though the issue invites immediate actions from the government, there are factors much beyond the government that needs to be addressed. Enrollments to schools being preferred for boys over girls when families cannot afford education for all children, approaches to gender roles and responsibilities, norms for marriage; including child marriage, and several other cultural and social barriers needs to be broken in-order to achieve an all-inclusive workforce.

Gender equality, empowerment of women, and their right to exercise full rights in both rural and urban areas are essential to not just the economy, but also for the social development of the country. Financial literacy, whether it about the household sphere or work, is necessary among women. The government and other private sectors could conduct training coaches for women which includes not just job skills but also life skills and financial literacy, which enables them to lead a better life, and hence, a better nation. Since women constitute around 50% of the population, to have them as a representative in an appropriate ratio in all spheres of life is cardinal. Women are the ultimate path towards economic development. To get rid of extreme poverty, and to develop the nation socio-economically, it’s high time that women gain control of their time and money, their education, land, and other leadership opportunities.