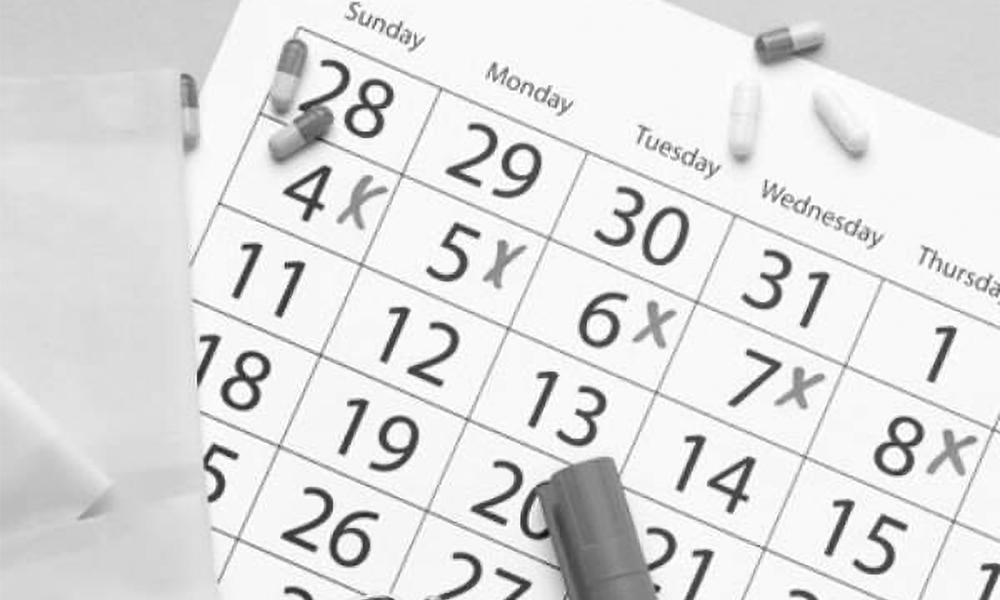 Category : WOMEN’S HUB ARTICLES
Author : Rabeeha Abdurehim
In a meta-study done in 2015 (Menstrual hygiene management among adolescent girls in India: a systematic review and meta-analysis) it was found that 52% of Indian girls are still unaware of menstruation.

The Assam Government in 2021 added sanitary napkins to the list of relief materials to be distributed among women and adolescent girls affected by floods and other natural disasters. But this change came after two years of relentless campaigning from activist Mayuri Bhattacharjee to have women-friendly relief camps.

What does Anita Nair’s 2001 novel Ladies Coupe and Judy Blume’s 1970 novel Are you there God, it’s me Margeret have in common? Both tell the tale of a girl getting her first period. But the two tales are very different. In Blume’s novel, the protagonist is waiting and yearning for her period. She is well aware of the process, she openly talks about it with her friends, her parents and with God. The novel ends with her getting her period and feeling happy as though a whole new world of possibilities has opened up for her. In Nair’s Novel on the other hand, the girl, Marikolunthu, was petrified to find blood trickling down, was immediately burdened down with a list of dos and don’ts and was made ready to get married as soon as possible. Without her knowing why or how, her life changed around her drastically. And it was the start to all the problems she was about to face in life. The novelist herself never even mentioned the term menstruation or periods, keeping up with the theme of taboo that was prevalent to Marikolunthu’s life.

These are fictional stories, yet they tell the truth of two different realities that exist even today. While today discussions and debates about menstruation and menstrual rights are out in the open and many, the diverse experiences, caste and class differences each menstruator faces is still missing in the dialogues. Just like every other gender, feminist discourses, the diverse nature of menstruation is brushed away in the wake of the upper-caste urban elite experiences. Today the dialogue centers around the use of menstrual cups, the eradication of non-biodegradable sanitary napkins, menstrual leave, and zero taxation on menstrual products. Comic books like Menstrupedia, organizations like the red cycle, take it on themselves to spread awareness about menstruation and have been able to remove the taboo and superstitions that are around the same. Far from being able to openly send a mail that says ‘I am on my monthly periods, and hence will be taking my menstrual leave for the next four days’, true menstrual discourses still have a long way to go to ensure hygienic and healthy menstrual practices for all.

In a meta-study done in 2015 (Menstrual hygiene management among adolescent girls in India: a systematic review and meta-analysis) it was found that 52% of Indian girls are still unaware of menstruation. The lack of basic knowledge, leads to a system of oppression and regressive practices that are traditionally followed in India. Moreover, even with proper awareness, the lack of toilets at home, schools and workplaces, make it difficult for women to experience safe bleeding.

The same study found that only half of the girls had toilets at home. The situation is the same in the case of grown working women. Bonded labourers, construction workers and textile sales staff all experience the lack of proper toilet facilities, harsh longer working conditions that make it difficult for them to do even the basic act of changing a pad. Many office spaces in India do not provide a safe sanitary disposal system as well. This lack of basic sanitation needs is also the reason why switching to menstrual cups for all is not an easy change. The mere act of washing and sterilizing the cup before use is a dream not attainable for many. Moreover, shifting to a menstrual cup, which involves insertion, is a big change for the present Indian psyche and one that needs time. Which is why measures like distributing free menstrual cups, as was undertaken by the municipality in Alappuzha, Kerala is well intended but a move in the wrong direction.
Caste is an absent variable while talking about menstruation. While upper-caste women are considered impure when they menstruate, Dalit women are considered impure and un-touchable all their life and hence such ‘special’ days of impurity are not relevant to them. In the movie The Great Indian Kitchen this dynamic is shown when the female protagonist is prohibited from entering the kitchen or cleaning the house due to her impure menstruating status and the house maid, while cleaning, speaks of how even during periods she goes to work as no one even thinks that someone like her can have periods. That some people are menstruators is merely an afterthought or a fact hidden so securely that governments often forget that sanitary products are a basic need.

The Assam
Government in 2021 added sanitary napkins to the list of relief materials to be distributed among women and adolescent girls affected by floods and other natural disasters. But this change came after two years of relentless campaigning from activist Mayuri Bhattacharjee to have women-friendly relief camps.

Menstrual health & hygiene is still attainable only for the elite few. Those of us who have attained carefree & happy bleeding as seen in sanitary napkin ads, move on to the bigger debates of menstrual leaves, self- care and the correct use of the term menstruator. While we do so, let us not forget to leave out the majority with us, those struggling still to fight social discriminations, stigmas and superstitions and seek affordable access to proper menstrual products, proper disposal systems and proper sanitation facilities. Let us talk about the multiplicities in our unified bleeding experiences.