July 2021
The irrational and fascist myth of ‘overpopulation’
Views : 642 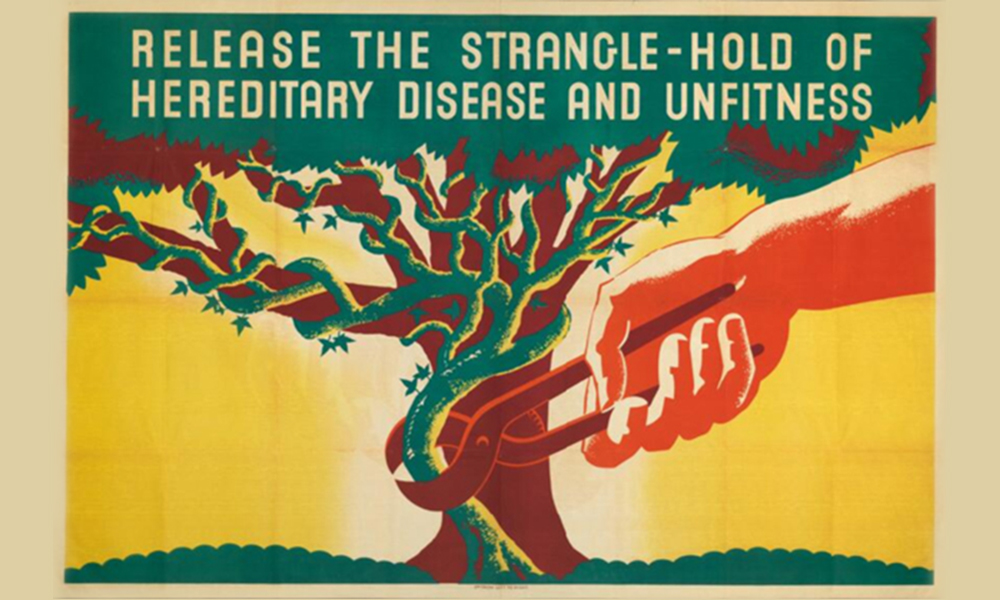 ​Caption: An old poster depicting some of the core beliefs of eugenicist theory.

The recently-released draft Lakshadweep Panchayat Regulation 2021 states one of the conditions for disqualification of a candidate would be having more than two children.

While this particular provision caused a lot of backlash, it is not a novel concept as far as India is concerned. India has had a history of enforcing two-child policies from elections to government jobs in a bid to tackle the “problem of overpopulation.” Under the present government, this is a rhetoric that has been repeated several times.

Major studies have come to the fore in recent times, explaining why the concept of overpopulation is not only misplaced, but extremely harmful.

The origin of the term can be traced back to the theories of 18th century European economist Thomas Malthus, who stated that human population increases geometrically, whereas food production increases arithmetically. By this he meant that the amount of food production would be insufficient to sustain the growing human population. It is worth noting that the Malthusian theory has been dismissed by several noted economists as the fact of the matter was that technological advancement in recent years led to increased food production at a higher rate than the rate of population growth.

But the strains of this dangerous line of thought were seen in their most sinister form when the World Bank and UN Population Fund encouraged the Indian state with tens of millions of dollars for population control programmes which were carried out under the benign name of “family planning.” This resulted in mass sterilization programmes, almost exclusively targeting poor and already vulnerable sections of the Indian population, resulting in millions of forced sterilizations and thousands of deaths from botched operations.

This objectionable programme has continued even into the past decade where forced sterilizations have affected only the poor people and largely only women. Hundreds of deaths of women from marginalized communities have been reported in the past few years. Women are the worst affected under India’s family planning schemes, with more than 90% of forced sterilizations being done on women.
Examining the logic behind the “problem of overpopulation” given by the state reveals a deeply disturbing mind-set – anti-scientific, anti-poor, anti-minority and eugenicist in nature, which has its fundamental concepts of governance all twisted.

Let us elaborate:
In the first instance, empirical evidence suggests the opposite picture to that painted by the overpopulation fear-mongers. According to the 2019 Economic Survey, India’s population growth is actually experiencing a sharp slowdown with India expected to become an ageing society by the 2030s. The TFR (Total Fertility Rate) is down to an all-time low of 2.2. Even populous states have recorded a decelerating population growth.

If this is the case, then why is the government so worried about overpopulation? It is argued that a country like India simply does not have adequate resources to serve the current size of the population and therefore, if we could just curb the number of people in the country, there would be no strain on resources and development and progress would follow.

This line of thinking presumes that we as a nation have a dire shortage of resources and that there is just not enough of it to go around, and therefore the only obstacle standing in our way is the growing number of people. If we could somehow take care of this, then all our problems relating to resource allocation and development would be solved.

A recent Oxfam International study stated that the top 10% of the Indian population holds 77% of the total national wealth and 73% of the wealth generated in 2017 went to the richest 1%, while 67 million Indians who comprise the poorest half of the population saw only a 1% increase in their wealth.

Multiple reports show a severe lack of utilization of government budgetary funds in various crucial sectors, most importantly in the education sector and healthcare. Year after year, the government welfare schemes and development programmes (poverty alleviation, scholarships, and infrastructure) do not reach the intended or targeted beneficiaries. The reasons range from simple negligent governance, incompetent bureaucracy to straight-up government corruption and misappropriation of tax-payer funded government resources.

There is no credible evidence to suggest that overpopulation is even a thing as far as India is concerned and this picture becomes even clearer in the wake of the disastrous second wave of the Covid-19 pandemic which has exposed the structural failure of the government in improving the public healthcare system. Therefore the hue and cry raised by the state over overpopulation is nothing but a distraction from the real heart of the problem facing our nation – structural failure of the political system in ensuring equitable allocation of resources and sustainable development.

To use a simple analogy to drive the point home: it is not that there’s little food and too many people. On the contrary, the reality is that there’s more than enough food for everybody but it is just that a few people out of the many have taken control over how the food is distributed among the many people. And they are hoarding the majority of the food for themselves, leaving very little for the people. They are lying to the people who are in large numbers that they should reduce their number so that everyone can enjoy the food. Instead of, as you might’ve guessed, sharing the food equitably with everyone so that all the people get the food equally.
Apart from having no basis in empirical evidence, the concept of overpopulation is anti-poor and anti-minority as well.

There was the introduction of a “Population Regulation” Bill in the Rajya Sabha in 2019. If passed it would mean that anybody having more than two children would face penalties like having reduced access to food subsidies and could even be disqualified to contest elections, like in Lakshadweep.

It is a known fact that in a largely agrarian economy and large rates of urban poverty, families do not mind having more children as more working hands translate to higher family income. If public resources were distributed equitably, if there was an overhaul in the current models of development and if national economic policies were geared towards solving unemployment and redistribution of wealth; then the question of population would never even be thought of as a problem.

It is also well documented that increased female literacy rates and greater access to good quality healthcare have shown to be directly related to moderate fertility rates apart from enhancing women’s progress. This is not to say of course that enhancement of education and healthcare sectors should be seen as “solutions” to “overpopulation” (as they have been thus far), but rather as solutions to a more equal and developed world for everyone, especially for marginalized and vulnerable sections of the society.

Multiple political party members have targeted minority communities in public speeches, accusing them of having many children deliberately as some kind of elaborate conspiracy to increase their numbers on purpose. This is an idea that has been debunked by statisticians and sociologists as having no credible evidence in reality to support it. This kind of thinking is a precursor to majoritarianism and ethnic cleansing. It is crucial therefore that the misplaced concept of overpopulation be repeatedly debunked and exposed by everyone who is concerned about the welfare of common people.

As reiterated above, improving our current paradigms of governance, development models and economic policies are the way forward. Not because we think there’s too many people in the world, but to make the world more equal and more just for all the people that already live in it as well as for their future generations. It is possible if we know our priorities.