July 2021
Education : The Journey from Darkness to Light 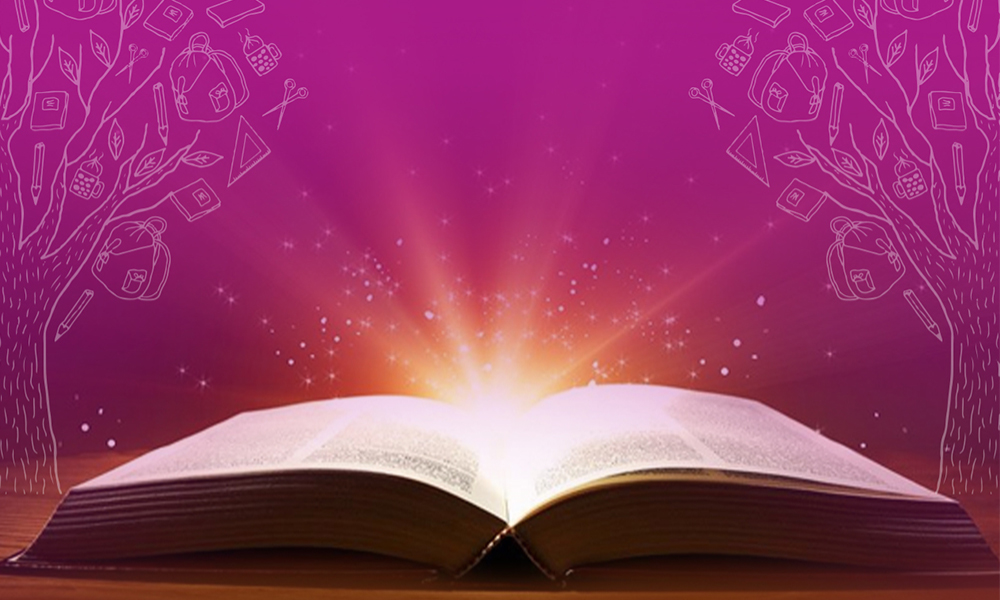 Category : COVER STORY
Author : -Saima Sabreen
The lifestyle and cultural attainment of people living in an area is largely an effect of the environmental and geographical conditions of the region. For example, the means of earning and occupation of a person is determined by the geography of a locality. People living in an arid region would choose an unsettled nomadic life filled with hardship, toiling hard to earn, thereby having lesser time for cultural pursuits. This in turn leads to a huge gap in their culture and civilization when compared to those living in fertile lands having more time to spend on valuing culture and traditions.

The history of the Ancient Arabs

One such notable example is that of the ancient Arabs inhabiting the vast desert of Arabia. Despite the harsh conditions of temperature, education, an important aspect of cultural capital, surprisingly was a part of their intellectual attainment. History provides examples of different grammar, vocabulary, and scripts of two different forms of Arabic, namely South Arabic and North Arabic (language of the Qur’an), dating the oldest Arabic inscription, al-Namarah around 328 A.D. The most treasured intellectual heritage of the Arabs in the pre-Islamic era were poetic expressions. The pre-Islamic literature provides traces of proverbs (Mithal), oration (Khutba), history and romance mainly preserved through oral tradition. History suggests that writing was introduced in Makkah by Harb bin Umayyah, the father of Abu Sufyan, also stating that Prophet’sﷺ great-great grandfather Zuhra bin Kilab had learnt the alphabet and would teach them to others as well. Interestingly, learning was not completely unknown to women in the pre-Islamic era. A study of pre-Islamic literature provides examples of Lyla, Khansa and many poetesses who were quite well known during their times. Also, reported in a hadith is that Hafsah bint Umar (R), one of the Ummul Momineen had learnt the art of writing from Shifa, a lady teacher who seemed to have learnt this art during the period of Ignorance (Jahiliyyah).

Despite the examples of education in the past, the customs of the period of Jahiliyyah were barbaric and Arabs still had a wild mentality. This means that the type of education obtained had not made them humble. As Nelson Mandela writes, “Education is the most powerful weapon which you can use to change the world”, which is possible only if education makes one wiser, sensible, rational, down to earth and humble. However, it was after the arrival of Prophet ﷺ, the education he provided with and the reformative steps taken by him that were purely based on Hilm (state of mind and character involving mildness of manner and deliberation) that made Arabs more civilized. This has been the biggest gift given by the Prophet ﷺ. It was the knowledge taught by Prophet ﷺ that completely transformed a ruthless, hard-hearted and apathetic nation to a civilized, well-known society that became the torch-bearers of knowledge and found a nation that laid the foundation for the spread of useful knowledge to humanity.

Islam is a religion that believes in the equality of the two genders. Woman, created as a partner of Adam (AS) had been created with a soul having the same nature as that of man.

Allah mentions in the Qur’an 4:1, “O mankind, fear your Lord, who created you from one soul and created from it its mate and dispersed from both of them many men and women…”

Speaking of equality, we often tend to talk about equal opportunities for women to work. However, Islam recognizes the same moral and religious duties and responsibilities for both the genders. One such duty is that of acquiring knowledge.

Knowledge is one of the important pillars that lay the foundation of the building of Islam. Men and women are encouraged to acquire appropriate knowledge in accordance with their natural talents and interests. Prophet Muhammad ﷺ is reported to have said: “Seeking knowledge is mandatory on every Muslim.” Using the word ‘Muslim’ by the Prophet in general depicts the inclusion of both males and females.

Prophet Muhammad ﷺ was a teacher for all of mankind. The education provided to women was different in several aspects and these sessions were conducted separately for both. A day was set aside for women exclusively. This was the day when women were permitted to ask anything about the religion to the Prophet ﷺ and women-specific problems were discussed. Guidance was also given to women regarding spinning and wool-carding as these skills suited them the most during that period among the Arabs. Women used this opportunity not only to gain knowledge about day-to-day issues of women but also took interest and a few steps further to obtain education. It has been reported that the early period of Islam had 5 women who knew how to read and write. This included Hafsah bint Umar ؓ, Umm Kulthum bint Uqbah ؓ, Aish bint Sas, Karimah bint al-Miqdad ؓ and Al-Shifa bint Abdullah Al-Adawiyyah ؓ.
Although there was not a fixed curriculum or syllabus or the classification of education as a science and system, there was a general criterion to have a minimum qualification for being identified as a learned person. The core of Islamic education was certainly the Holy Qur’an; however, over a period of time specialization in various subjects was developed. A few examples of diversified subjects for specialization included Quranic knowledge, tajweed (appropriate recitation of the Holy Qur’an) or even the mathematics of dividing heritage. The Prophet ﷺ recommended his people to choose subjects based on their aptitude and also provided guidance on who could help them gain the right knowledge in the chosen field.

The thirst for knowledge incorporated among Muslims by the Messenger ﷺ was seen even after his demise, where the Caliphates took a step further for the compilation of the Qur’an. Zaid bin Thabit ؓ was appointed as the chairman of the commission to prepare a standard text of the Qur’an and this was given under the custody of Hafsahؓ, a woman.

During that time period, the house of Ummul Momineen Aishaؓ became the greatest center of education for women. Aishaؓ would sit in her Hujrah (room) behind a curtain and during these sessions, boys, women as well as her male relatives would join. The method of teaching of Aishaؓ was through a question and answer session. She would either raise questions by herself or those raised by the attendees would be thoroughly discussed. Aishaؓ would pay attention to the language used, mode of speech and choice of words of her students. Some of her students include Abu Hurairahؓ, Abu Musa Ashari ؓ, Amr bin Al-Aasؓ and Haris bin Abdullah ؓ. The list of names of women engaged in teaching does not end with Aisha ؓ; in fact, women acquired knowledge of the Hadith from the companions of Prophet ﷺ as well. Wives of scholars would teach others what they would learn from their husbands. Aisha bint Talhaؓ was a scholar of poetry and astrology.

Further study of history provides examples of women who soared high and made their distinguishing mark in history in the field of education. Fathima bint al-Hasan ibn Ali Ad-Daqqaq al-Qushayri was a known hadith scholar during the 5th and 6th centuries, known for her piety, proficiency in calligraphy and knowledge of hadith. Fatima Al-Fihri, during the 9th century founded the al-Qarawiyyin mosque using her inherited money, in Morocco, which later developed into the well-known al-Qarawiyyin University. Another notable name of the tenth century is the Algebraist of Baghdad, Sutayta al-Mahamili. She was a mathematician, apart from excelling in the fields of Arabic literature, hadith and jurisprudence. She is known to have found solutions to several equations cited by other mathematicians, finding praise by historians such as Ibn al-Jawzi, Ibn al-Khatib Baghdadi and Ibn Kathir.

The contribution of women to the field of education is an endless list. The mass movement for the education of women and literacy as launched by Islam had not left women behind. Right to education was provided to women with the dawn of Islam that marked the beginning of a new social and educational awakening. It was not just the knowledge gained, but the type of knowledge that transformed the values, which turned a barbaric nation to the most civilized of all nations ever known.