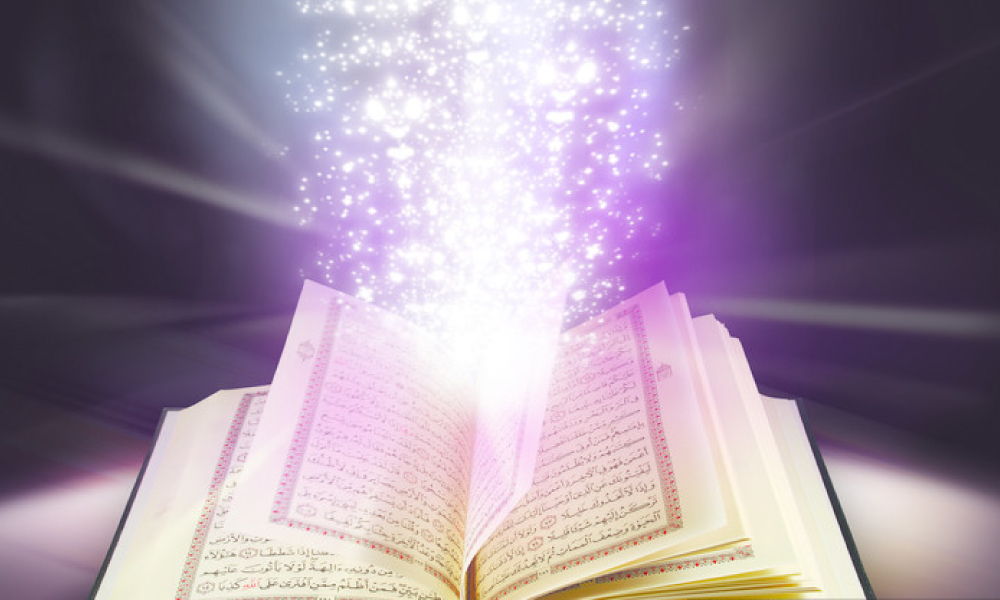 (Qur’an 12:23-24)
23. And she in whose house he was sought to make himself yield (to her), and she made fast the doors and said: Come forward. He said: I seek Allah´s refuge, surely my Lord made good my abode: Surely the unjust do not prosper.

24. She advanced towards him, and he would have done likewise, had he not seen a sign from his Lord.This is how We kept evil and indecency away from him, for he was truly one of Our chosen servants.

As a very young boy, Yusuf (AS) was put into a well by his brothers with the intention to kill him. By Allah’s will, he was taken out of the well by a caravan that was passing by and had stopped in the search for water. He was sold to a Minister of Egypt. The Minister took him to his house to keep him as his slave. Yusuf (AS) grew up to be a beautiful young man with great character.

She seduced him (RAAWADAT’HU)
The word raawada suggests a gradual process culminating in the scene that is described in the Surah. Yusuf (AS) was seduced by his master’s wife. Yusuf (AS) did not initiate the connection here. This tells us that sometimes, no matter how we check ourselves, we might get attention that we do not want. This process is often subtle and hard to recognize. It might start out innocently enough and gradually progress to a point where we don’t even realize that we have committed a sin. Research tells us that temptation that is presented gradually and consistently is more difficult to avoid than something that is explicit and presented to us outright.
She locked all the doors (GHALLAQATHIL ABWAAB)
The minister’s wife had planned the scene. She ensured that no one could disturb them, and that Yusuf (AS) would not be able to evade her, by locking the doors. This lady was not only seducing Yusuf (A) but also actively executing her plan.
We can say that there are five levels of temptation. The first is a disturbing thought (You get attracted to someone), the second level is if you consciously bring that thought into your mind (you constantly think about that person). The third level is the desire to move forward (thoughts of taking it forward), the fourth level is making a decision about whether or not to take it forward (I am going to talk to this person or not) and the fifth level is the execution of the plan (Meeting with the person and having a relationship).
By the immense mercy of Allah, He doesn’t hold us accountable for our thoughts as long as we don’t act upon them. That is why, the first three levels are not even recorded. At the fourth level, if we decide against committing the sin, Allah records a good deed in our name. If we decide to commit the sin, but we refrain, we are not held accountable for that decision.
Having said that, it should be understood that while a fleeting attraction is a normal human trait over which we have little control, what we do about it is entirely in our control. Letting our mind think and plan the sin is what leads to it. There is always some degree of planning involved. It is important to check our thoughts as they come to our minds so that we don’t end up locking the doors behind us.
Come to me (HAITHALAK)
This phrase has two different meanings in the Arabic language. Both are significant in our understanding of the pathways to temptation. Haithalak could mean “I am ready for you” which could be translated as the modern, sugar-coated words people often use to make sins seem like divine acts. Conversations which invite one to sin often go like “What we have is pure love”, “This is between the two of us. No one can understand” etc. The other meaning is “Come quickly”, which tells us that the lady wanted Yusuf (AS) to respond quickly without thinking because if allowed to analyze the situation, he would not fall for the plan. This gives us another aspect of the issue. Sometimes, when we are in such a situation, and emotions and hormones are running high, we fail to take a step back, analyze the situation and decide based on sound judgement. Instead, we ‘fall head over heels” into sin, giving into our baser desires. A bigger problem in today’s society is the ‘haithalak’ can come very easily. It is found in the likes and comments on social media. The notifications on our personal devices constantly invite us into a world where it would be difficult to hold oneself back. Even if we are careful in our in-person interactions, the online world gives a false illusion of seclusion that can lead us downhill very quickly.
The refuge of Allah (MA’AADHALLAH)
The immediate response of Yusuf (A) when faced with this sinful invitation was taking the refuge of Allah. He recognized that he was not safe in that situation and only Allah could protect him. He recognized that it is only when we hold on to Allah that we can hold on to ourselves. Leaving Allah is akin to depending on ourselves, thus enslaving ourselves to our own desires. This is manifested in the behavior of the lady in this story.
The literary meaning of the word ‘audh’ is something that clings and is difficult to remove. Yusuf (AS), when invited by the lady to cling to her, proclaims that he wants to cling only to Allah! And he is aware of the dangerous situation.
This gives an important lesson for us. We need to keep ourselves away from situations that can prove to be dangerous to us. We are not strong enough to protect ourselves. And deluding ourselves into believing otherwise could lead to our downfall. Shaitan is going to keep murmuring to us that we are strong and capable of holding ourselves in check. This delusion instigates us to take that first step. Irrespective of gender, we must realize that there are certain times and certain places where we shouldn’t be. Realize that the devils in our head will cloak these situations within our own Islamic organizations, and meetings.
One of the most unfortunate examples of this is the concept of ‘brother’ and ‘sister’ in our organizational circles. They are not our actual brothers and sisters and should not be associated as such. They are our brothers (and sisters) in faith. We fail to recognize that even if we are talking and working with Muslim brothers and sisters for a good cause, if we are not careful, it could potentially lead to fitna.

She strongly desired him and he desired her
(LAQAD HAMMATH BIHI WA HAMMA BIHA)
Yusuf (AS) felt desire. It is part of human nature to feel attraction, to desire the opposite gender. Which is why Yusuf (AS) took precautions. Understand that this attraction is going to happen and take precautions accordingly. If someone approaches you, even with the most innocent of reasons, take precautions. The Prophet (SAW) taught women to roughen their voice and keep it brief while talking to men. He also taught us not to seclude ourselves with another person for any length of time. It is not possible to completely avoid interacting with the opposite gender. But these lessons point towards the precautions that need to be taken during those interactions.
In Yusuf (AS)’s case, the wording of the ayah suggests that he was so careful, that he completely avoided giving attention to the minister’s wife. He didn’t even speak to her directly.

If he had not seen clear evidence of his Master
(LAULA AN RA’A BURHAANA RABBIHI)
What stopped Yusuf (AS) from giving into his attraction? This is where faith or imaan comes into the equation. Burhaan means clear evidence. It is akin to saying that Yusuf (AS) felt the presence of Allah there. Imagine yourself in his situation. There is a beautiful woman inviting him over, she is his mistress so he has to obey her, she has locked all doors ensuring privacy, not responding would have bad consequences for him… and he felt an attraction to her.
So what kept him from giving in? Allah tells us that Yusuf (AS) saw His presence there. The strong faith in Allah gives us a kind of filter to overcome difficult situations and this filter is the evidence of Allah. Can you imagine committing even a tiny sin right in front of your parents when you know they are watching?
Burhaana Rabbi is the conviction that if you are secluded with another person, whatever your intention is, there is always a third person there, and that is Allah! You can delete or erase all the chats, messages, pictures or what not. But having burhaan is a clear reminder that Allah has a back-up file. You can deceive everyone in the world, but who can deceive the one who has CCTVs in every nook and corner of the universe. Allah is telling us that if someone were to still commit the sin despite this knowledge, then it is evidence that there is no shame left in him/her. And once shame is no longer there, they can commit anything.
Yusuf (AS) was still in the same situation inside the room but internally, having the conviction of Allah’s presence is like dumping a bucket of ice-cold water over the head. You are no longer in the haze of emotions. You have clear thinking and can therefore make sound judgement.
He ran to the door (WASTHABAQAL BAAB)
Even knowing that all the doors were locked, Yusuf (AS) still ran towards it. Because staying still and doing nothing in the situation is inviting the situation to get hold of you. Our lesson in this is if we find ourselves in a wrong situation, find a way out. Do something, everything in your power to get out. When you do your part, when you remain careful, Allah will help you. Allah says “And whoever is cautious of Allah, He will make for them a way out” (Surah Talaq: 2).
When Allah talks about illicit relations, Allah tells us ‘wala thaqrabuzzina’. He didn’t say, don’t commit adultery, rather He said, do not approach it! Allah is warning us that even the tiny steps that appear innocent can potentially lead to the bigger sin. The problem is, we have a habit of painting stuff as acceptable even when we know that it is not right.
We must remember that Shaitan will not ask us to do the deed right away. He comes and whispers the possibility of taking baby steps, and by falsely boosting our confidence in our capabilities of self-control. This is done in such a subtle way that at the end of his plan, you would fall for your temptation gladly and see no fault in your actions. Shaitan has a habit of beautifying the bad for us. “And he beautified their indecent deeds for him until he saw it as good…” (Surah Fatir: 8).
Which is why it is important for our obedience to Allah to be complete. Only then can we see his burhaan when we need it. In fact Allah says “And enter into obedience (to Allah) completely and do not follow the footsteps of Shaitan.” (Surah Baqarah: 208). Where obedience to Allah lacks, Shaitan rushes to take you away. Essentially it is like allowing a crack in the dam which could result in the water bursting out eventually. May Allah guide us all to his mercy and preserve us from humiliating ourselves in this world and the hereafter. Aameen.