July 2021
A SAGA OF NEGLECT AND APATHY : Travails Of Students During The Pandemic
Views : 1599 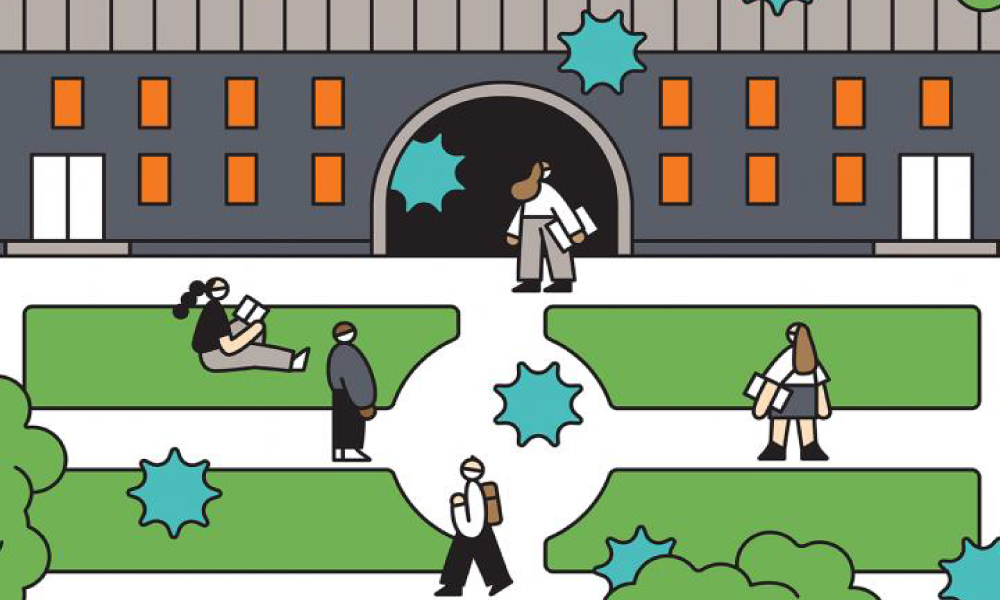 Category : Education Special
Author : Apeksha Priyadarshini
What does a university mean to students? A place where the autonomy of the individual participating in the knowledge-making system is recognized. When we are admitted to residential universities like JNU, which function both as a workspace and a home, the unspoken pact which is signed with the university is the recognition of the identity of a student as a citizen. Such a pact would even extend to provision of amenities even during a pandemic. But breaching these unspoken codes is the order of this regime and its henchmen in universities. Like the current government, these authorities have left the students to fend for themselves during one of the largest human crises in recent history, which has translated into an upfront attack on our existence.

A university and a home
During the battle against a massive fee hike proposed at JNU in 2019-2020, one of the many research-centric public funded universities of the country, a woman scholar who took the stage in one of the protests stated that, “Coming to JNU opened many doors for me that would have otherwise been closed forever.” The student had gone on to explain how she had fought her entire family to pursue higher education, despite immense pressure. She was sustaining her finances by tutoring children while pursuing her education at JNU.

One is constantly reminded of this young woman, and many more like her, during the time of this pandemic that has now stretched for more than a year. Many public-funded institutions like JNU, which charge relatively lower fees for hostel bills as compared to private institutions, are more than homes to research scholars, especially those who come from marginalized backgrounds. They assume the role of a safe space, where scholars seek emotional and mental stability to be able to pursue research, and are relieved of the concerns of residential and mess bills through scholarships. But beyond this, they also become the space where women students seek to escape abusive households.

We are familiar with the systemic identity-based discrimination embedded within these spaces as well, like any other social unit. What sets universities apart however, is the space to question such discrimination, to negotiate and push social boundaries, and the space to articulate a politics of resistance to the oppressive structures. The pandemic seems to have forced these spaces shut and worsened the existing living conditions of students, who have had to put up with many struggles to even enter these universities in the first place. The apathy of the incumbent regime becomes obvious in the Brahminical assumption with which the universities are operating currently, that every student has the resources or even the mental capacity to deal with an online mode of education, when no initiative has been taken to extend any material or mental support to students.

The double burden of care and research
The impact of forcing the online mode of education down the throats of students has been devastating on research. Not only has it worsened the existing inequalities and widened the gap of access to resources, within a system which is not even fully equipped to function in a completely digital mode, but it has also served a huge blow to the mental health of students, particularly women and students from Dalit, Adivasi and minority communities.

In a society such as ours, women are conditioned right from the age of gaining consciousness that they are meant to play the inevitable role of “caregivers” in their families. It is perhaps the largest sector of unpaid labour that has no institution to seek accountability from or turn to for relief. The pandemic has translated into a situation where roles that would otherwise be fulfilled by trained and paid medical assistants, must now be fulfilled by the women in the families. In several surveys conducted over the year within universities like JNU, women scholars have stated that they are forced to bear the additional burden of medical caregiving for family members, apart from taking charge of household responsibilities, owing not only to the drastic drop in family incomes but also the dearth of medical assistance in a pandemic. This juggling of research work alongside caregiving and familial responsibilities automatically puts women scholars at a position of disadvantage in terms of finishing their work on time. In an academic system where basic rights like maternity leaves and crèche facilities for working mothers are already a struggle, it is hardly surprising that no acknowledgement is found and no structural steps taken to address this glaring inequality.

A failing system
The added stress during this period has been the painful delay in disbursal of scholarships and fellowships from the side of the government, and consequently from university administrations. At a time when the ravaging pandemic has brought physical fieldwork to a grinding halt, financial resources are crucial to access online libraries and secondary material to even scratch the surface of social research. Within the context of the existent hostility that the incumbent regime harbors towards higher education, which becomes evident in the fund cuts that public funded universities have seen in the past seven years, these hurdles only aggravate the ongoing difficulties of pursuing academic research in this country. This inevitably leads to a situation where research students are forced to drop out of their courses as they must prioritize the needs of their homes over their dreams, seeing that they are unable to fulfil their academic requirements in the absence of the necessary infrastructure.

Structural apathy
The problems of infrastructure for students are deeply imbricated not only with questions of social access but also of physical well-being and safety. In 2020, during the first pandemic lockdown, NCRB data reported a whopping ten-year high in the cases of domestic abuse reported by women, which was hardly the tip of the iceberg considering that many more cases go unreported due to fear and stigma. Women students, who seek refuge in universities to escape violence at homes, were suddenly being forced by university administrations and paying guest accommodations to return to their homes because these authorities declared themselves incapable of dealing with a pandemic. Not only did these instructions come from the patriarchal assumption that women need to constantly be chaperoned for their “safety”, this pretext was also devised as a convenient escape from taking any responsibility for the health and welfare of the student community – the community with the highest stakes and involvement in the institution.

This protectionist attitude has extended from the university administrations to the government-facilitated isolation centers for the COVID-affected, where students were forced to go due to the absolute unwillingness of universities to set up isolation centers within the campuses. The inadequacies of these isolation centers, especially in Delhi, meant that students who were already sick were desperately seeking escape to any self-sponsored care centers or homes of friends and relatives, where they could recover peacefully. But the isolation centers made it immensely difficult for students, pointedly women, to leave without a certification issued by the university administration. As a result, multiple students ended up being hospitalized from these centers due to lack of nutrition and care.

Amidst the chaos and anxiety that has plagued every student during this period, the insistence of the universities to keep pushing the academic calendar under a cruel pretense of normalcy, has left many students with no other option but to deregister from their research work. Even the pittance of time extensions that have been handed out by the University Grants Commission during this period have benefitted few, as the extension of duration is not accompanied by an extension of scholarships, which takes away the financial stability that students need to complete their work on time.

Looking at a bleak future?
The lockdown that was meant to accelerate the flattening of the COVID-19 curve has spelled disaster for students pursuing research across the country. There has been a blatant lack of empathy and sensitivity from the regime in the way education has been treated during this period. There has been no visible intent to engage in taking infrastructural steps and policy decisions that could have ensured that students do not suffer and are not left with the excruciating dilemma of dropping out of education because a government couldn’t take charge of dealing with a crippling health crisis in the country. Instead of good governance, what we have seen is a much more invasive network of surveillance in place and the arbitrary arrests of student activists on fabricated charges for being vocal in their dissent against the anti-people policies of this regime. The pretext of the pandemic has been used to muzzle any kind of political opposition in the country, and weaponized against the incarcerated students, especially women and Muslims, by denying them access to healthcare or meetings with families, even while the pandemic ruthlessly claims lives of their loved ones.

Several academics and researchers have pointed out that the deeper long-term impact of the pandemic on higher education will not be foregrounded immediately, but in the years to come. It is only then that we will fully be able to witness how only those privileged few will remain in the position to access higher education in the country, while others will be shunted out of these spaces.