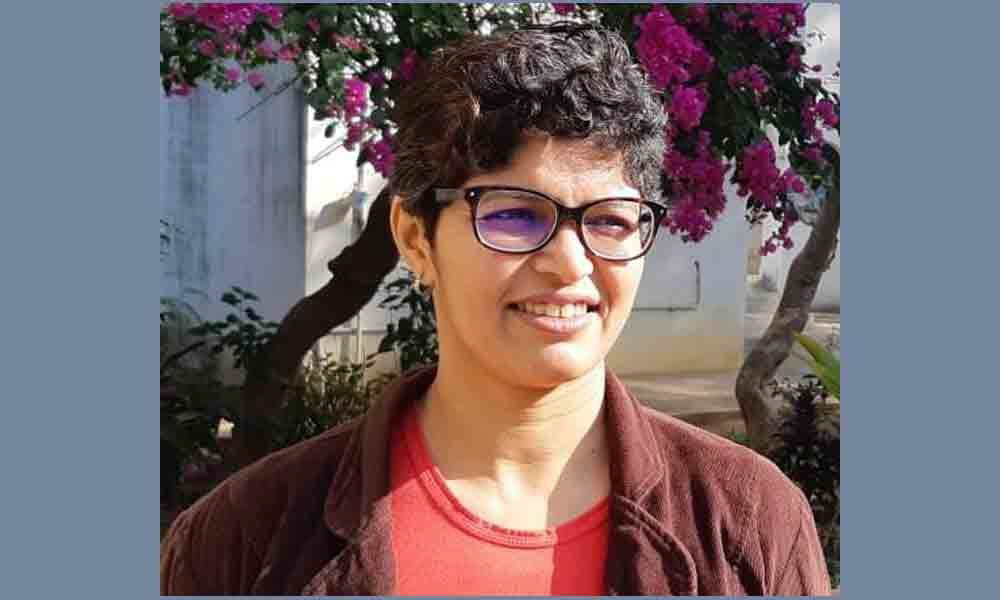 Q. Could you tell us a little bit about your area of research, and why it is of particular interest to you? What has your journey been like?

Currently, I am interested in and working on the languages of the minority. While this term ‘languages of minority’ itself demands some explanation, my interest in this springs from the fact that I speak one such language, Kodava, a language that is spoken by many ethno-linguistic minorities in Kodagu, Karnataka. Although I have been interested in the politics of languages ever since I can remember, I began working in this area for the last 5 years or so, especially because the language discourse is so dominated by English Vs. Indian Languages, Hindi Vs. Other Languages, debates around ‘national’ language’ — in which these languages of minorities have become almost invisible, although the number of such languages are many. I also work on Translation Studies and related areas. Language and translation for me are inseparable from other factors that are so decisive in our lives. So, my attempt is to understand how caste, gender, religion, class and other factors frame our histories alongside language and translation.

Q. Coming particularly to the question of language, there has been a concerted attempt to impose certain languages – for instance, the assumption that Hindi is the ‘mother tongue’ and ‘national language’ of the country, neither of which is true. But even on regional levels, there may be further levels of stratification and domination of some languages over others. How does this work, and what has been the result of such policies?

You are right. I had written elsewhere as to how this one nation — one-language, one nation – one religion kind of idea is actually new even to European nations. The nationalization of particular languages in Europe is an exercise in what is known as European modernity. Despite our critique of colonialism, it is ironic that nationalists here in India subscribe to this one nation – one language / religion policy. This as you mention is replicated at the regional levels as well. I am vary of using the term regional, I think Kannada nationalism, Malayalam nationalism, Tamil nationalism are nationalisms that pretty much follow the same pattern, in different contexts. I find that in Karnataka, because Tulu, Konkani and Kodava speakers wield some kind of political pressure, these 3 languages are recognised at some level. But there are innumerable other ‘small’ languages that do not get any recognition in the public at all. The worst scenarios are in Tamil Nadu and Kerala where language and intellectual chauvinism has had huge implications for speakers of smaller languages, (more often than not from the Adivasi communities). This obviously points to the situation of the people and the conditions they live in, not just of the language.

Q. The relationship between the ‘written’ and the ‘spoken’ is often discussed in terms of languages – where only languages with a script are seen as legitimate while others are dubbed dialects or even ‘broken’ languages. How do you see this in terms of your own language, Kodava?

This distinction between a ‘written’ and ‘spoken’ one is so popularized that we forget that almost all languages are spoken and have survived in the spoken form since speech has evolved. Except perhaps in the case of Sanskrit and Latin which are ‘dead’ in their spoken versions and survive only in their written form. So, one has to remember that written is a privileged form that has been associated with powers that began with record keeping, religion, surveillance, in their monarchical and now nation-based contexts. Throughout history, only a miniscule of the population (not more than 1%) have had access to writing. Many productive communities never required the act of writing but have used memory-based performative acts for transmission of knowledge and survivals.

Yes, as long as I can remember, when I say I speak Kodava, people ask “Does Kodava have a script?” This again is a notion that wrongly connects a language with a written script. If we pay attention we realize that most European languages, be it English, Spanish, French, German use the Roman script and this is true for India as well. Hindi, Gujarati, Marathi, Bengali and almost all Indo-Aryan languages use the Devanagari script.

Q. You have been associated with a vibrant and politically diverse campus, HCU. It has also been a space of institutional discrimination and a fightback against this, as in the case of Rohith, Senthil and others. How has this shaped your experience and approach as a teacher and also a member of the academic community?


It has been a learning experience throughout my journey in Higher Education. All the movements you mention have made many of us more aware of the backgrounds students come from and how we need to fine-tune our pedagogy into one that places students at the centre. It also points to the problems with the manner we understand and functionalize the idea of ‘merit’; who is a ‘good’ student and who is not. I think as teachers what we need to focus on is how we shape our curriculum and how we engage with that curriculum and students. Teaching cannot separate itself from the vagaries of our lives and we need to address our experiences in the classroom and outside. It is a lesson we are still learning.

Q. The recent NEP-2020 also had sparked controversy due to its focus on Sanskrit and active ignorance of other languages of cultural and literary value such as Arabic. Do you see this merely as a failure of policy or as reflective of something deeper?


Absolutely. Although the NEP mentions institutionalising ‘mother tongues’, what it means by mother tongue is itself not clear. And how do we plan for the training and required infrastructure for teaching in multiple mother tongues in a classroom? How do we accommodate without appropriating languages like Gondi, Chenchu, Ho, Irula, and such?

Needless to mention, languages like Arabic, Persian, and Urdu which have had a rich history on lines with Sanskrit but different from the ones mentioned above find no place. This only strengthens our argument that it is not language per se, but the people and the history of the language that the NEP and by extension, the government is uneasy about. Languages therefore cannot be thought of in a vacuum, but will have to see how they mutually shape histories, politics, and communities.

Q. Finally – the pandemic is something we cannot escape when we talk about education or pedagogy. What has your experience been, whether as a scholar or a teacher? How have your students coped with the immense challenges and difficulties of it?


As a scholar, teacher, and as a parent, this pandemic has taught us many things. I am acutely aware of how I am able to work with my own children, teaching them a wide range of things — from cooking, gardening, playing sports and academics — all this despite the constant anxiety of our friends and family being ill and sometimes dying. This in itself is distressing because most of my students are undergoing stress, some have lost their dear ones and many do not have the means to access digital education. We have been trying to reach out to students through various means, to enable them both academically and personally. But the anxieties are real and it is not easy to cope. From women students being pressurized to get married, from having no access to digital means, living in a one-room house and sharing one smartphone among siblings for online classes, having to take care of many household responsibilities including financial, having to deal with almost an impersonal mode of pedagogy, what we call academics is undergoing a turbulent phase. I only hope this will make many of us reflect on the state of education in India and push towards an equitable public education that is holistic.