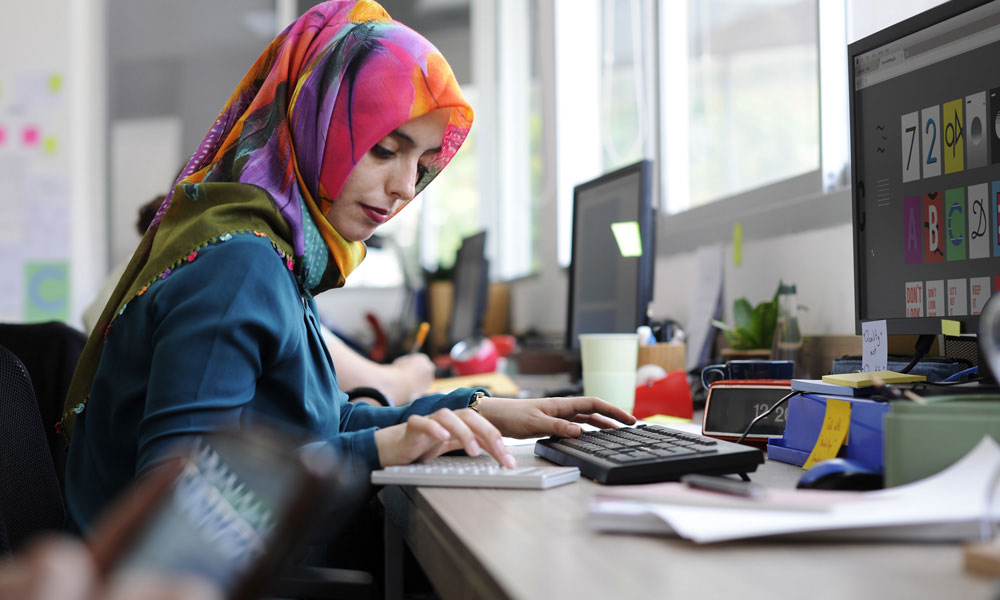 The ‘world of work’ section of the UN Women website (unwomen.org) has some interesting assertions related to women’s empowerment — “Gender differences in laws affect both developing and developed economies, and women in all regions. Women remain less likely to participate in the labor market than men around the world. Women are more likely to be unemployed than men. Women are over-represented in informal and vulnerable employment. Globally, women are paid less than men. Women bear disproportionate responsibility for unpaid care and domestic work. Unpaid care work is essential to the functioning of the economy but often goes uncounted and unrecognized. Women are still less likely to have access to social protection. Women are less likely than men to have access to financial institutions or have a bank account. The digital divide remains a gendered one. Women are less likely to be entrepreneurs and face more disadvantages starting businesses. Women are constrained from achieving the highest leadership positions. Violence and harassment in the world of work affect women regardless of age, location, income or social status.”

It means that globally, women are getting a raw deal at the workplace.

But what about the situation in the Muslim world. Let us look at the Middle East and North Africa (MENA) region {which is 93% Muslim, has a population of 325 million (20% of global Muslim population) and the highest percentage of Muslim-majority countries}. According to the World Economic Forum’s Global Gender Gap Report 2021, the Middle East and North Africa (MENA) region remains the area with the largest gap (60.9%). The index looks at parameters such as economic participation and opportunity, educational attainment, health and survival and political empowerment. It means that the situation of Muslim women conforms to the narrative created by global media and endorsed by the popular perception that Muslim women are oppressed, exploited and remain downtrodden compared to others. As Susan Carland correctly states in the Guardian ((If you want to know about Muslim women’s rights, ask Muslim women – dated 7 May 2017) – “Islam is arguably the most discussed religion in the west today, in both media and society, and, after terrorism, the plight of Muslim women is probably the most controversial topic of debate. I have been asked, challenged, harangued and abused about “Islam’s treatment of women” countless times in person and online. Nonetheless, there is only a small amount of published work available on the topic of Muslim women fighting sexism within Muslim communities, and much of that focuses on women who see Islam as inherently part of the problem – if not the whole problem that Muslim women face. The assumption is that Muslim women need to be extricated from the religion entirely before anything close to liberation or equality can be achieved.” So is it Islam that is holding back Muslim women or are there some other reasons? We look at an important aspect of this debate by trying to understand the Islamic approach towards the economic or financial status of women and the way it affects their social and political standing in society.

Fundamental doctrine
The Quran (Surah 4 verse 1) says: “O people! Fear your Lord Who created you from a single being and out of it created its mate; and out of the two spread many men and women”. The verse urges us to recognize that all human beings have sprung from the same root and that all of them are, therefore, of one another’s flesh and blood. The expression ‘Who created you from a single being (nafs) indicates that the creation of the human species began with the creation of one individual. Other verses state that the first individual was Adam (peace be upon him). His mate (Eve or Hawaa’ (peace be upon her) was created from the same nafs as him, and then the world spread from their offspring. The verse (4:1) establishes two very fundamental precepts of Islam. One is that of universal brotherhood and the other of gender equality. This principle of granting women equal rights is further reinforced by other verses of the Quran like – “To men is allotted what they earn, and to women what they earn” (4:32). “Never will I suffer to be lost the work of any of you, be he male or female: Ye are members, one of another:” (3:195). “If any do deeds of righteousness,- be they male or female – and have faith, they will enter Heaven, and not the least injustice will be done to them” (4:124). “Wives have the same rights as the husbands have on them” (2:228). This belief advanced by the Quran more than 1400 years back about the status of women was quite revolutionary and empowering if we compare it to what women were thought of by other religions and civilizations. In Hinduism, the woman stood debarred from being educated in religious scripture. Buddhism did not recognize salvation for the one having sexual relations with a woman. Christianity and Judaism looked down upon women as a source of evil temptation. The condition of women in Rome, Iran, China, Egypt and other civilizations was not very encouraging. She was more of an object and a commodity and called the “daasi” (slave) of her husband who should extol and worship him to qualify as a “good wife.” The concept of giving the woman her rights and a place of honor in society was pioneered by Islam.

The slogans of women’s rights, women’s education and emancipation are an echo of the revolutionary call of Prophet Muhammad (peace and blessings be upon him) who first taught that a woman is as much human as a man.

The “mano a mano” approach
One’s position in society is directly related to one’s financial or economic status. If we look at it from a theoretical or doctrinal prism, all other religions besides Islam weakened the economic status of women and it had a natural bearing on her low social status. The West has woken up to this injustice and dichotomy over the rights of women quite recently. However, the approach that the West has adopted towards women empowerment and gender equality is to embark on setting up a competition or a wrestling match between men and women as to who grabs more of the economic pie. The parameter it sets for itself to measure the “progress” women have achieved in society is also very revealing and it is called the gender gap. Therefore, the faster women can do what men can, the faster will they climb the economic ladder and progress socially as well as politically. This sounds a great panacea to the problem of gender parity and this line is currently being pursued by almost all countries globally. However, it has quite a few negative externalities (side effects or collateral damage) that are also being researched and acknowledged at the level of academia and intellectual debate. One consequence of this outlook is exploitation at the workplace. According to an article in Inc.com by Minda Zetlin, dated 15 March 2018) – “60% of women say they experience “unwanted sexual attention, sexual coercion, sexually crude conduct, or sexist comments” in the workplace. 165 million was collected by the EEOC from offending firms in 2015 for workers alleging harassment. 90% of employees who experience harassment never file a formal complaint; 75% never complain to their employers either”. (Source: 2016 EEOC Select Task Force on the Study of Harassment in the Workplace). EEOC is the US Economic Equal Opportunity Commission. Similar numbers are expected if this phenomenon is measured in other parts of the world.

Economic rights given by Islam
Islam adopts a different approach for giving women their rightful status and prevents men from treating them unfairly. It grants women extensive rights of inheritance. She receives nuptial money {in the form of “mahr” (dower)} from her husband. All the wealth that she receives is her own property (she possesses full proprietary rights over it) without any interference by her father, husband or any other relative. Then, if she invests her money in business or she is employed in a firm, she is the sole owner of the fruits of her labor. Despite this financial independence and ability to earn, her husband is under obligation to support her and the family (financially). However wealthy the wife may be or become, the husband is not absolved of the responsibility to look after her. The economic / financial status of women in Islam is thus quite secure and on a solid foundation. Having established this clarity about the strong base provided by Islam to women regarding their financial status, why do Muslim majority countries generally log poor scores on women empowerment and gender gap? One reason is that Muslim societies have been conditioned to accept domains other than household chores and raising of families like pursuing higher education, employment, social activism, political participation etc. to be outside their natural scope or sphere of activity. A righteous society must strive to achieve a balance between a woman’s empowerment and her duties towards her family and society. Our emphasis on women being “queens of the home” should not deprive them of their fundamental rights like pursuing their professional careers and intellectual pursuits under the pretext of guarding their honor and dignity. Certainly, this requires many extra efforts in terms of training and education and may entail some sacrifices to maintain the undisputable standards Islam has set for women in public spaces.

Striking a balance between professional and family commitments applies to both men and women. A fine balancing act has its own rewards.