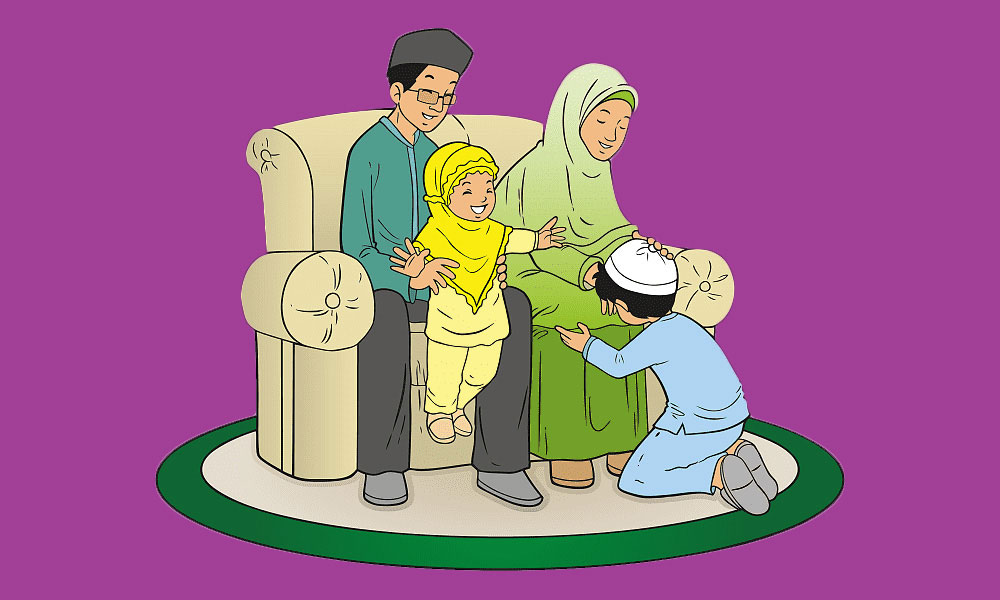 Being a comprehensive book, the Quran contemplates upon a number of subject matters, all of which are of concern to humanity, and parenthood has been given utmost importance. The Quran gives an overall insight into the relationship between parents and children, which forms the basis of any society. It defines not just the rights of parents and duties of children but also elaborates on the duties of parents and rights of children which we often tend to forget. Parents play a crucial role in shaping the mindsets and attitudes of their children, raising their moral standards and building strength and positivity in them. The Quran not only acknowledges motherhood but also explicitly explains the struggles of fatherhood as well. In most of the Prophetic tales mentioned in the Quran the Prophet-parent or Prophet-children rapport is highlighted for all of us to learn from.

Of Strong Mothers…
Some heart-wrenching tales of mothers have been mentioned in the Holy Scripture, who made sacrifices and went through all kinds of difficulties to protect their children from hardship and nurture them to be the best of individuals.

One such story is of Umm-e-Maryam, Maryam(as)’s mother. We often highlight Maryam (as)’s purity with regards to her giving birth to Isa (PBUH) but we tend to forget the reason behind her serene character, which was the supplication made by Maryam (as)’s mother when she conceived the baby in her womb (Quran 3:33-36).

She did not know of the gender of her child but swore to dedicate her baby in the service of Allah. At that time, women were considered to be impure and incapable of worshipping unlike men in the Jewish society. Maryam (as)’s mother expected that she would be bestowed with a dedicated and sincere boy, but when she delivered Maryam she was taken aback. But nevertheless she accepted Allah’s will and dedicated her daughter to the same cause as she had decided for her son. The primary lesson to draw from this is that the mother did not stop supplicating for her unborn child at any point, and she continued to do the same even after the birth of a daughter which exhibits her unprejudiced, impartial and grateful approach in a society where women were looked down upon. Her pure intentions were rewarded in such a way that Maryam was specially chosen above women of all nations by Allah (Quran 3:42).

Maryam (as), being the epitome of chastity and modesty gave birth to Isa (PBUH) as a result of a miracle. She lived with her baby; accepted Allah’s will and remained steadfast, not giving into the allegations laid by the society, not fearing the rumours and false claims made by people at the time.

Another example of a patient, loving and protecting mother brought up in the Quran is that of Prophet Musa’s (PBUH) mother (Quran, Chapter 28). She lived at a time when the oppressive state of the Pharaohs wished to kill male infants due to a dream of the King that he would lead to his destruction and renunciation of power and prestige. All the babies were massacred, at such a time Musa’s (PBUH) mother decided to put him into a basket trusting Allah to safely sail him to the shore and tried her level best to save his life. After committing such a courageous act, she sent her daughter to look after the basket which was well received by the Pharaoh’s wife and ultimately her sacrifice and control over the motherly emotions of love and care united her with the child in the palace as his wet-nurse. The story seems to be dramatic with twists and turns but the fact of the matter is that this woman was strong and far-sighted enough to choose what to do in order to save her child. She was quick in not just making an independent, courageous choice but also ensured its smooth implementation by sending her daughter after the basket. She did her best, acted upon Allah’s will and proved to be successful in being rewarded and united with her baby within a short span of time. She was protective and practical, emotional and rational all at the same time.

And Gentle Fathers…
We usually consider mothers to be softer and expect the fathers to be strict and firm. But the Quran reveals tales of strong, practical mothers and softer, consultative fathers hence, telling us that both can switch roles at any point according to the circumstances. The Quran talks about Prophet Yaqub (PBUH) as a father to 12 sons (Quran, Chapter 12). He caters to the needs of each one of them, all being different in nature and behaviour. He uses methods of patience, wisdom, counseling and caution for the betterment of his children. He does not out rightly punish his disobedient sons, nor does he turn away from them, but he gently tries to make them realize their mistake. On the other hand, he calmly explains matters to his obedient son and advises him to remain steadfast on the path of his virtuous ancestors. He knows his children well and maintains a good level of conversation with them so much so that they can share their secrets with him. He also understands what is going on in the minds of his children and does not shun them, respects them, forgives them and uniquely expresses his love for the children.

On the other hand, Prophet Ibrahim (PBUH) used methods of demonstration to instill the ideas he wished his sons to advocate. As an old father, he loved his children but not more than Allah, he made sacrifices and taught his progenies to do the same (Quran 37:102). His sons treaded on his path and lived up to his expectations during and after his life.

Apart from this, an entire chapter in the Quran (Quran, Chapter 31) has also been named after a wise man, Luqman who gave heart-penetrating advice to his son. He was soft and eloquent in speech and gave some fundamental lessons to his child, which would shape a positive character in him. He advised him to worship Allah, respect his parents, remain patient and steadfast and not be arrogant, maintain the middle path and be soft spoken. Unfortunately, in our times, fathers are encultured to be stern, inexpressive and harsh and examples like those mentioned above are rare to find.

A Cohesive Journey
Motherhood and fatherhood are unique in nature; they have their own journeys, expectations, struggles, achievements, highs and lows and are just incomparable. But both diligently grapple with the question of generating wholesome and valuable people for their individual families and the community as well. Their journeys might be distinct but their aims, objectives and larger goals are synonymous. In our society, the compartmentalization of parents’ role in a child’s life is creating a barrier, leading to mental illnesses and emotional breakdowns. This categorization also restricts the other parent from actively participating in all spheres of their child’s life. Hence the roles need to be fluid in nature; a child should be able to connect with both the parents with equal ease and comfort. The parents together need to raise strong, healthy, steady and determined minds which can serve the society efficiently. Parents have a huge responsibility on their shoulders, which they should undertake by using various techniques, which engage their children to the maximum. The key is to not just to love them, but also shaping them in the right direction. It is important for all of us to disseminate such ideas, narrate such instances of pure parental love and care in our circles, so that stronger individuals can be shaped by the effective contributions of both parents.