June 2021
The Concept of Imaratul Ardh and Environmentalism
Views : 968 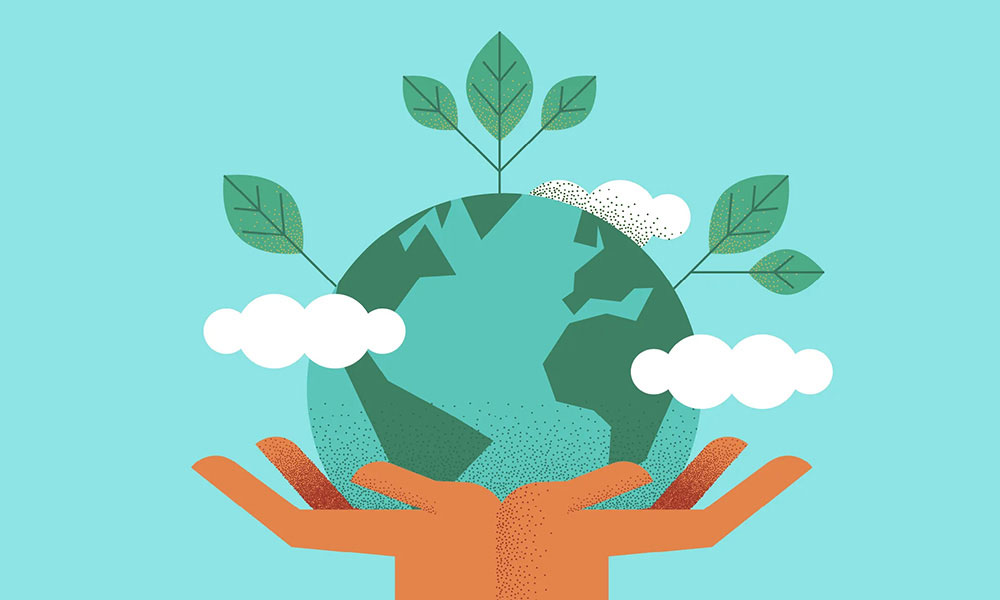 Allah has created humans with a purpose,

We have adorned the earth with attractive things so that We may test people to find out which of them do best. (Quran 18:7)

And to fulfil that purpose, He has endowed mankind with the agency of/ability to exercise choice,

For the free and full exercise of this choice and purpose, it is necessary that mankind be enabled and empowered to have a free reign to use this power:

It is He who made you trustees on the earth and raises some of you above others in rank, to test you through what He gives you. (Quran 6:165)

The conjugated term derived from this verse (and repeated multiple times throughout the Quran) is Istikhlaaf (trusteeship). The term khalifa and its conjugates in the Quran are used in multiple meanings. One is ‘vicegerent’ or ‘deputy’. While another is its basic meaning, ‘successor’ (generations and individuals succeeding each other). Another is ‘trustee’, to whom a responsibility (with attendant authority and accountability) is temporarily given. While it is not the place to go into the debate of how Muslim scholars have defined and applied this concept, the crux of it is, it denotes the power to harness the cosmos, and this is not an absolute or unconditional power, but one that comes with great responsibility and accountability.
There is an interlink between the mankind’s purpose of existence, the agency to exercise choice and the empowerment or Istikhlaaf. Istikhlaaf grants mankind the power to harness the cosmos and the agency of choice will allow them to do it for better or for worse. All this of course demands that mankind be held accountable for the use or abuse of their choice and the power of Istiskhlaaf. The outcome of all this thus ties-up with this purpose for the existence of mankind. Thus, Istikhlaaf is not a privilege, but rather an obligation and a responsibility for which mankind will be held accountable (individually and collectively).

The mercy of Allah has not left mankind without the knowledge of the purpose of existence or with the guidance to deal successfully with it. For this reason, from time to time, Allah sends down His guidance and conveyed it to mankind through a human agency, and these chosen ones are the messengers of Allah. The messengers had the responsibility to practically demonstrate the divine guidance for the benefit of mankind, for what is possible for one human, is possible for all. Because the task of conveying the divine guidance and practically demonstrating it is no mean feat, only those were chosen who were of exceptional caliber. Hence the messengers were the best of mankind whose integrity was beyond question. The long series of divine guidance culminated with the advent of Muhammad (PBUH). The guidance given to Muahmmad (PBUH) (i.e. the Quran) is a complete guidance that covers all aspects of human existence and provides for it. Hence the need for any further guidance ended and Muhammad (PBUH) was deemed the final of messengers (refer Quran 33:40).

Part of the guidance of the Quran is also regarding the world that mankind lives in, and the responsibility owed to it. On one hand, mankind is endowed with this tremendous power, one that if misused can lead to destruction. But on the other hand, this power if exercised correctly and responsibly, can be a source for much beneficence. Indeed, this is what the Islamic teachings aspire for humans,

The best of people are those who are a source of beneficence for others (Tabrani).

This is what exactly happens when mankind is guided by the Divine. On the other hand, if mankind is ignorant or heedless of the divine guidance and follows its own self-centered, hubristic and myopic course of action, it can unleash transgression of colossal proportions, as forewarned by the Quran,

Transgression has flourished on land and sea as a result of people’s actions, and they are made to taste the consequences of some of their own actions so that they may turn back to Him (Quran 30:41).

The guidance of the Quran with respect to the environment is predicated on the concept of Imaratul Ardh, as mentioned in the following verse:

It is He who brought you into being from the earth and made you tend it (Quran 11:61).

The essence of this concept is that the privilege of Istikhlaaf also carries with it the duty to deploy it for betterment of creation (what is phrased in the Quran as ‘tending’). This is a very broad concept that potentially encompasses all aspects of the modern discourse of environmentalism and much more. To express it in the parlance of modern discourses, this ranges from the principles of responsible living to ecological justice to ethics of development and politics of resources.

We sent Our messengers with clear signs, the Scripture and the Balance, so that people could uphold justice (Quran 57:25).

It should be noted that the Quranic notion of justice is broad, all-encompassing and comprehensive. Hence the achievement and maintenance of justice is a prerequisite of undertaking Imaratul Ardh. However, there is a major digression between the Quranic and the modern nation-state’s approach to justice. The Quranic approach to justice is a ‘positive’ one, which contrasts very sharply with the modern nation-state’s ‘negative’ approach. The modern ‘negative’ approach views justice as an absolute embedded in the static context of a (secular) nation-state; a ‘right’ that can be granted or withheld. Consequently, the question of justice in the modern nation-state is intertwined with the questions of sovereignty (who has the right to ‘rights’), jurisdiction (who has the power to grant or rescind ‘rights’) and politics (how to wrest or secure ‘rights’). Needless to say, this has resulted in much abuse.

However, the Quranic approach to justice is much more expansive. It views justice as discursive in a dynamic society with potential for ethical extremes. Consequently, justice as a reality can be achievable only when justice as a value is engendered in the society (individually and collectively).

For this we turn to another of Quranic concepts: Marhamah:

Yet he (man) has not attempted the steep path. What will explain to you what the steep path is? It is to free a slave, to feed at a time of hunger an orphaned relative or a poor person in distress, and to be one of those who believe and urge one another to steadfastness and compassion. (Quran 90:11-17).

Unless and until compassion and empathy are engendered (what Quran calls enjoining) in members of society, it is not possible to achieve justice. Thus, the Quranic approach transcends the limitations of the modern nation-state’s approach (or the vagaries of any context for that matter) and focuses on the root of the problem: human agency. Because of Istikhlaaf and agency of choice, humans have the potential for ethical extremes. They can be the best as well as the worst, with extreme forms of expression of either. Therefore, the human thought and behaviour require tempering. The means through which the divine guidance adopts to temper is through conscious, active conditioning. In the Quran, this conditioning/tempering is synonymous with the reformation3 of the self in the light of the divine guidance, The soul and how He formed it and inspired it [to know] its own rebellion and piety! The one who purifies his soul succeeds and the one who corrupts it fails (Quran 91:7-10).

Therefore, the conscious and systematic conditioning of empathy and compassion of the individuals of a society will result in the social context that is enabling of, and conducive for, achieving justice (individually and collectively). Obviously, this conditioning is not a stand-alone conditioning of empathy and compassion, but it is to be predicated on the whole Islamic worldview, as it is an interlinked, comprehensive, organic whole which cannot be taken piecemeal.

In brief, Imaratul Ardh is not possible without justice, and sustainable justice is achievable only through conditioning of Marhamah. And this conditioning process cannot be of a few disparate values, but of the whole Islamic worldview.