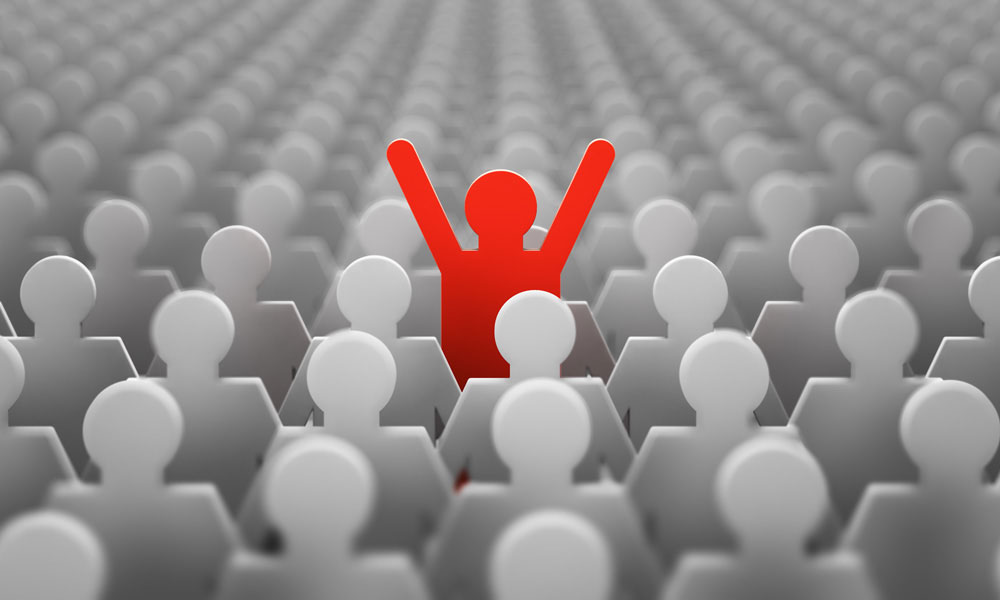 Yes,I want to become a leader. An inspiring leader who can unite people, fight against injustice and build a nation where people can live without fear.
We have fallen short of good leaders. Today’s leaders are racing towards power, usurping the property of the helpless and snatching away the rights of the homeless. The world has become a pit of hatred and bitterness where human beings are deprived of their fundamental rights and even the freedom to voice their concerns.
As we suffer the consequences of poor leadership, questions like “What makes a good leader” often pop up in our mind. We end up wondering why leaders of today end up displaying weakness of character. We clearly live in a time where the world is demanding better role models. There is widespread dissatisfaction with corrupt and unjust leaders and a consequent breakdown of trust.

The need for good character
The need for good leadership is not new to Muslims but is a global problem. The words of Martin Luther King Jr. are relevant today: “Our scientific power has outrun our spiritual power. We have guided missiles and misguided men.” Abraham Lincoln famously said: “Nearly all men can stand adversity, but if you want to test a man’s character, give him power.” This quote clearly indicates how Lincoln understood the significance of character and integrity and how this is tested when one enters the field of leadership. Nelson Mandela, Martin Luther King Jr or Malcolm X, despite their different paths, are emblematic of this steadfastness.

Learning from the Prophet ﷺ
But how can one talk about great leaders without mentioning the name of our Prophet Muhammad ﷺ who was not only the greatest commander of Muslims, but was sent as a Messenger for all of humanity. The historian Michael Hart ranked Prophet Muhammad ﷺ as number one in his compilation of the hundred greatest influencers in history.

We find numerous examples of valuable qualities in the life of the Prophet ﷺ:
His integrity was established from a young age along with his consistent display of honesty and truthfulness in his dealings with people. During the dispute of the Black Stone, when the young Muhammad ﷺ walked in, the Makkan leaders declared ‘Al-Amin has arrived’ and accepted him as the solution provider. His strategic decision was apparent during the treaty of Hudaybiyah when he designed an agreement with the Makkans which left his followers disappointed in the short term, but it led to a victory in the form of the Makkans surrendering to the Prophet’s ﷺ teachings.

His courage was prevalent during every battle and in every hurdle faced by his people. Once at night during the Madinan period, the companions were awoken by a frightening loud noise. As they cautiously stepped out of their homes to see what was going on, they saw it was a horse that had lost control, but fortunately, someone brave had swiftly come out and brought the horse under control. It was none other than the courageous Prophet ﷺ.

An embodiment of justice He was the embodiment of the Qur’anic framework Al-Qawi Wal Amin. The Prophet ﷺ displayed the need to be both competent and good. He was known to be an able speaker who had the gift of impactful speech. He was a skilled swordsman, with stunning equestrian skills but also possessed day to day practical skills, like construction or sewing. He was fair and just, such that during a dispute between a believer and a Jewish person who had been framed, he gave the verdict in favour of the Jewish person in light of the evidence. He similarly declined giving leadership roles to companions whom he felt would not be sufficiently just in their role. He was a focused decision-maker who moved to action soon after he came up with the best decision. He firmly believed in consulting and worked on the expertise of those around him. The above-mentioned leadership qualities have not only strong foundations in the Islamic tradition but are also universal in nature, hence making it globally applicable to any leader – be it Muslim or Non-Muslim.

Leadership in a global world In today’s plural, multicultural and multi-faith environment, universality is like gold dust. We are in desperate need of people who will be able to offer leadership across various beliefs and boundaries. Muslims need to be able to act as ethical sparks in society, living up to the values taught by our Prophet. They need to be inclusive of their ideas so that they can benefit a wider sect of society.

Yes, I want to become an inspiring Muslim leader who can bring meaningful changes. I wish to make it a world where people are not oppressed, where the poor do not sleep hungry, where women travel safely, where the youth think independently, where the wrongdoers are punished, where a mother sleeps at night without worries in her heart and where the echoes of truth are heard. With the Quran in my heart and Faith in mind, I am sure I can make this world a place of peace and prosperity.

Let us all unite together to fight against injustice and oppression. Let us raise our voices together and say: No to violence, yes to peace, no to slavery, yes to freedom, no to racial discrimination, yes to equality and human rights for all, no to exploiting women and children, yes to providing a decent and independent life to them, no to impunity for criminals, yes to holding criminals accountable and to achieving justice.

“My Lord make me an instrument of peace and grant me the serenity to accept the things I cannot change, the courage to change the things I can, and the wisdom to know the difference.” Aameen!