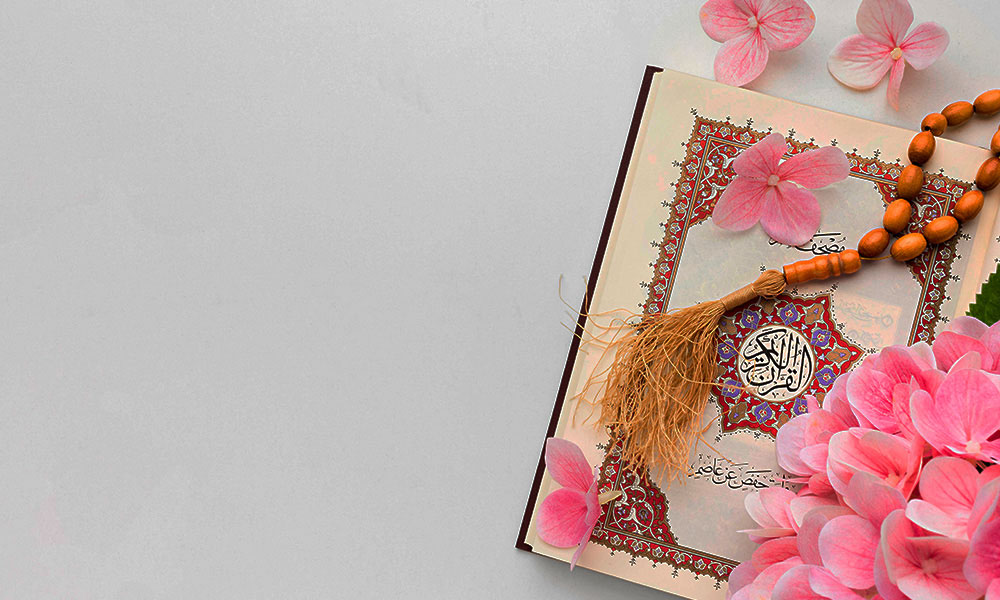 Let us begin with the story of mankind. Allah(SWT) called the angels and told them that He was going to make a new creation who would be His Khalifa (viceregent or caretaker) on Earth. Then he proceeded to create the human race and fashioned Adam(AS). Iblees who was from the Jinn, resented the position given to Adam (AS) and refused to bow (prostrate) to Adam(AS) and vowed to lead mankind astray.

Allah gave Adam(AS) a companion, our mother Hawwa(AS). They were allowed to live in paradise for a specific period of time. They were surrounded by all sorts of beautiful and attractive things, including different kinds of fruits with every imaginable flavor in addition to enchanting greeneries and flowing rivers. Allah imposed just one small restriction on them. Adam(AS) and Hawwa(AS) were told not to approach one particular tree and eat its fruit. Iblees, true to his promise, persuaded them slowly but surely to be tempted to eat from that particular tree that was forbidden to them.

The story of our parents teaches us one solid fact. Man is created with a weakness to fall for temptations. It is part of our history and nature. Even Adam(AS) and Hawwa(AS) despite being surrounded by everything they wanted, were tempted to taste the fruit of that forbidden tree. And of course, Iblees is ever vigilant and waiting to exploit any kind of weakness that we have to drive us away from the right path that has been explicitly set out for us to follow.

WHAT IS TEMPTATION?
Temptations can be strong urges or desires that persuade us to engage in something that is bad, wrong, or unwise. In other words, it’s the urge to go beyond the boundaries of decency and wisdom. In light of the story given above, we can define temptations as the urge to cross the boundaries set by Allah or more succinctly, it is the devil’s trap.

WHY KEEP AWAY FROM TEMPTATION?
Why did Allah create those boundaries? Why did Allah put up restrictions and rules in every facet of our life? Was it merely as a test? Or is there a purpose to this restriction, from which we can benefit? If we contemplate on the boundaries, we can see that they do not completely restrict us from fulfilling any of our needs and desires. They just restrict us from falling into excessiveness. For example, Allah has asked us to marry so that we can fulfill our desires for companionship, desires to leave behind a legacy through our kids and the desires for sexual fulfillment within a safe bubble that would keep our dignity intact, bring us peace and even cover up our weaknesses.
Similarly, the rules associated with earning money or attaining power keep us from giving into greed, protect us from harming ourselves etc. Allah has not restricted us from earning or possessing wealth, but has put some ethical restraints on it in order for us to earn in an ethical way as well as avoid hoarding it. In short, Allah set certain boundaries to preserve our dignity, cover up our weaknesses, protect us from harm and ultimately bring us peace and tranquillity through His pleasure and satisfaction.

SELF RESTRAINT: HOW TO HOLD OURSELVES BACK
While Allah created us with weakness to commit sin, Allah also gave us the potential to build the strength to keep us away from it. Developing this strength is a choice that we make. Self-restraint can be developed by gaining knowledge about the boundaries set by Allah, attaining the maturity to understand what is going on around us and having the wisdom to make the right choices in any given situation. This doesn’t happen passively. It requires serious efforts on our part. It can only be attained by deliberate attempts to increase iman (faith) and taqwa (god consciousness or piety).

THE QUESTION THEN IS, HOW DOES IMAN AND TAQWA HELP IN THIS CONTEXT?
Iman is the conviction and belief in Allah that provides the necessary courage to stay away from what Allah asked us to keep away from – no matter what. For example, if all your classmates were going to a party and you know that it will not be good for you, you decide not to go despite your friends’ persuasions, despite the fact that you will lose some of your friends etc. This requires courage.Take another example, if you are a Muslim businessperson, you face certain restrictions on how you can earn money and staying within those restrictions would mean that you cannot do certain businesses or earn money through certain ways and this would cause losses for you. Despite those losses or what your peers might tell you about your practices, you stick to the rules Allah has set for you. That is Imaan.
Taqwa is the other side of the coin. Taqwa is the conscious decision you make at every point to keep yourself within the boundaries set by Allah. This includes the care people take about how they dress, what they eat, how they earn, how they spend both their time and money, when they talk to members of the opposite gender, etc.

LESSONS FROM THE QUR’AN
The Qur’an doesn’t just give us the dos and don’ts. It also gives us examples from real life that can teach us exactly how to do, what we need to do and what not to do. Allah has given us examples in the Qur’an about arrogance that builds from power through the story of Pharoah, about how possessions can blind you to generosity and blessings of Allah from the story of the two farmers in Surah Al Kahf, and about sexual temptations from Surah Yusuf.
It is important to reflect upon these examples, one of which we will do in detail in Part II in the coming issue. Stay tuned.