December 2021
Status Of Women In Islam 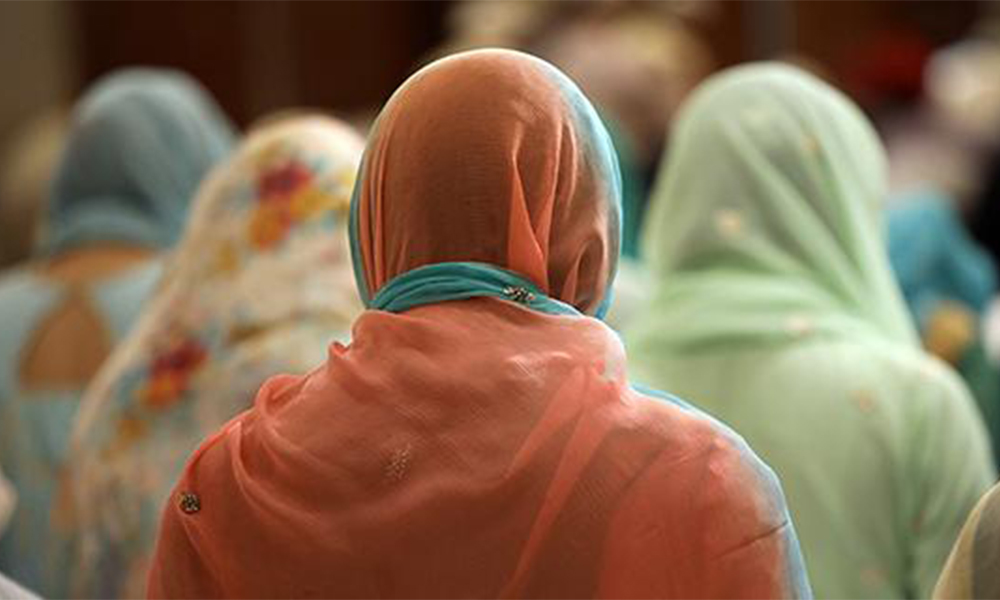 Category : WOMEN’S HUB ARTICLES
Author : Kouser Abdul Wajid
When talking about the societal rights of women; it is the Prophet (PBUH) who took the woman out of the depth of darkness and raised her to the high pedestal of dignity and grace. He said that Allah has declared anyone sinful who fails to safeguard the rights of his mother. (Bukhari)

The question of women’s rights and status has been the subject of continuous interest across the world. Even in this age of materialism, people are turning for their guidance towards Islam. Day by day the society is crossing all limits of morality in the name of freedom. The influence these cultural and social changes are leaving is mostly on the womenfolk. The woman who had been deprived of her rights because of her being weak is being deprived today of most of her rights under the slogan of women’s liberation. In other words, the woman of today has lost her natural status and respect and is being subjected to the lust of an ill-mannered society.
The real solution for this sorry state of affairs is the guidance shown by the Almighty Allah and the teachings of the Prophet (saw). To understand this, it is necessary to have a bird’s-eye view of women’s status before Allah enlightened the Prophet.
The ancient culture and civilization in pre Islamic Arabia or elsewhere in the world at that time did not give women any dignified place in society.

This is evident from the Quran, “And when one of them is informed of [the birth of] a female, his face becomes dark, and he suppresses grief. He hides from the people because of the ill of which he has been informed. Should he keep it in humiliation or bury it in the ground?” (16:58-59)

The ancient culture and civilization in pre Islamic Arabia or elsewhere in the world at that time did not give women any dignified place in society. Instead, debates on her innate sinful nature, or her lack of mind were in vogue. The Vedic teaching remained shut for the women in the Hindu religion. Christianity and Judaism held women responsible for human error. Her existence itself was lowly and a matter of shame in Greek, Rome, Iranian, Persian, and Chinese civilization. In Arabia, before the last Prophet was born, when Jahiliyah (ignorance) was at its peak, the birth of a female baby was sinful and a matter of shame for the man. This is evident from the Quran, “And when one of them is informed of [the birth of] a female, his face becomes dark, and he suppresses grief. He hides from the people because of the ill of which he has been informed. Should he keep it in humiliation or bury it in the ground?” (16:58-59)

Under these circumstances, Islam brought a historic change in the legal and practical level of women in society. In the call of the Holy Prophet to Islam is the direction of human thoughts towards women. “O mankind, fear your Lord, who created you from one soul and created from it its mate and dispersed from both of them many men and women.” (4:1). This Quranic verse determines the social and cultural state of women that she, too, is a human being like a man.

Broadly speaking Islam treats women at par with men in all aspects. They owe equal obligations towards God and society. Women are separate entities in their own right and all the rights enjoyed by men are theirs as well. The Quran states “They are your garments and your their garments. (2:187). Female rights are sacred.

Islam has laid great emphasis on learning and knowledge both for men and women and called each other’s helpers and akin to garments of each other. It is the only religion in the world, which describes women’s duties and rights and gives the female her rightful place in society. It has described the woman as an object of ‘holiness and virtue’ while other religions depict her as the originator of all sins.

Islam has drawn lines of differences relating to the duties of men and women in accordance with the ability, physical structure, etc. She has been declared as the pillar of the family. If the pillar is not strong, the family will be in ruins. This is the main reason why a Muslim woman has been barred to intermingle unnecessarily with strangers, directed to wear hijab, etc.

When talking about the societal rights of women; it is the Prophet (PBUH) who took the woman out of the depth of darkness and raised her to the high pedestal of dignity and grace. He said that Allah has declared anyone sinful who fails to safeguard the rights of his mother. (Bukhari)

Her cultural rights are:-

1. Rights to choosing a spouse – Islam implements the right in a very proper and balanced manner, enjoining the believers not to marry off a girl without her consent.

2. Right to annul her marriage – If a girl was married off at her very tender age, on reaching the age of maturity, she has the right to maintain it or annul it.

3. Right to Khula – The woman has been given the right to seek separation from her husband if she finds him unable to give her rights.

5. Right to re-marriage – Divorced and those women whose marriage has been legally annulled have the right to enter re-marriage.

6. Rights of a widow – The Quran say, “O believers! It is not permissible for you to inherit women against their will.” (4:19). “And marry the unmarried among you” (24:32). The greatest act of virtue alone to a widow is that she should be remarried to a gentleman.

7. Equality between men and women in civil and criminal law – The Quran says, “Women have rights similar to those of men equitably.” (2:228)

Her economical Rights in Islam:-

1. Right to Property – She is the sole owner of her property.

2. Maintenance – Rests with her husband however wealthy a woman is.

3. Mahr – The Quran also states, “And give the women [upon marriage] their [bridal] gifts graciously. But if they give up willingly to you anything of it, then take it in satisfaction and ease.” (4:4)

4. Right to Inheritance – A woman inherits property from her father, husband, children and other close relations.

5. Right to Education – This is the most important right after social, cultural and economic rights. A woman not only has been permitted to receive religious and modern education but her education has been deemed as necessary as that of a man. A woman’s education is not only for her but for her children and family as well as she raises an entire generation. The Prophet (saw)’s wife Hadhrat Ayesha (r.a) was a teacher not only for women but men as well.

Thus Islam alone has given a woman her status of dignity and grace in society while retaining her natural and thus raised the position of womanhood. The wisdom, importance and results of the rights that Islam has given to a woman cannot be the judgment we compare these rights to those in other societies. In fact, the West considers a woman as she has been considered in the days of Jahiliyyah. Therefore, it can be said with confidence that the West has given no rights to a woman, as a woman.

A close study of human history, different cultures, ideologies, and religions brings us to the conclusion that the Divine Guidance that the Lord has himself revealed through his last Prophet Muhammad (PBUH) is the best way of life. The teachings of the Holy Prophet are an expression of Divine Wisdom and his Seerah is the best model of life. Hence, Islam is the best and greatest protector of the rights, position and status of women in society.