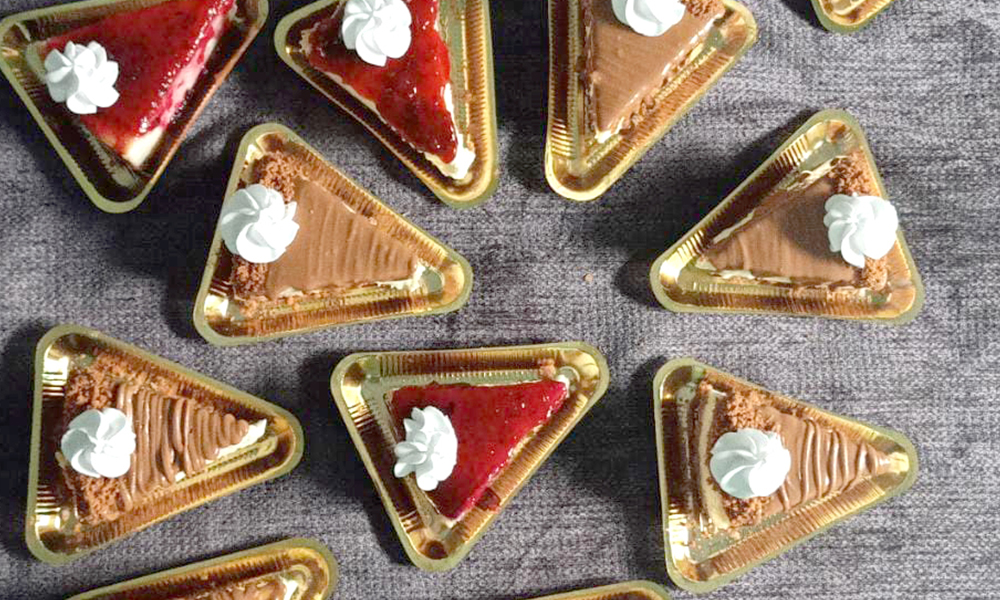 Things changed a little too fast for everyone in March 2020; the world appeared to be closing in on itself, smaller, even so as to constitute the four walls that people were forced to constrain themselves to due to the rising rate of infections. I would spend most of my time those days scrolling endlessly through Instagram, Facebook and Twitter, to somehow feel connected to the outside world. Days turned into months, and I still had the same unproductive, lazy routine. Inside, the guilt did not let me be at peace, I was so used to the noise of a daily busy life in the past months, that spending hours being completely idle was bothering me excessively. I baked a lot these days. It was my ultimate stress reliever, a coping mechanism. Youtube was my best friend, apart from yeast and flour. I was watching videos and baking something or the other almost every single day, and it would never be enough, thanks to my siblings who devoured everything I experimented with, in the kitchen. One random day baking at home, I realized that I could, in fact, turn my obsession with baking into an actual business, and make it a tangible source of income, however minimal, to sustain my own expenditures. The idea once planted in my head, kept me up at nights, until I finally decided to borrow a small sum of money from my father, and buy the most basic of tools and a 19 litre oven. Abba happily gave his money, although he did make sure he asked me if I was even sure, or was it just a whimsical little thing I would dismiss the day after, if not tomorrow.

Things just escalated from that day. I got my first order through a friend; the cake skid on its way to the venue, but thankfully it was not for a celebration, so I was saved some of the embarrassment. Ever since, there were days where I would absolutely feel like a failure, and think why did I even get into this in the first place, when I could just be studying, and working on building a more possible, and a more acceptable career. On some other days though, I would be left in absolute awe of something I was able to create that looked as if it could only have been done by a professional. I gained amazing reviews, people started ordering ever more frequently, some even telling me that they were now addicted to something or the other on my menu. My workload became greatly exaggerated, so much so that it started compromising my health. I decided to finally hire someone to help me run it. My first helper was a woman in her 40s, who later realized that it wasn’t for her, so she left. For months, I managed to still take a consistent amount of orders, while also taking care of myself. I would launch new, exciting things on the menu very frequently. The competition rose too, there popped up more home bakers in my town then there ever were. My small home bakery still managed to somehow keep itself afloat. Long hours of working, sometimes late in the night, were proving somewhat fruitful. A year from when I started, I now have a team of three, including me and two of my helpers. The deliveries are done by a third party delivery service.

A very sweet uncle from a small bakery that is situated in a very, very prominent area in my town approached me about buying our products in bulk on a daily basis, and then retailing them at their shop. This happened very recently. I had always been looking to retail my products, but never got the chance to go out and distribute samples, like I would have been required to. The opportunity made its way through word of mouth, and it has been one of the best things to happen this year. Fresh donuts, cupcakes, brownies and pastries, made by me and my team at our home are now

A Fistful of Rice

It is well-known that women are expert savers, managers and organizers within the domestic sphere. Last year, I heard an interesting anecdote about a woman who was cooking rice and received the unfortunate news of her father’s passing. In haste, she begins to go to her maternal home, crossing fields and roads as she does so. Suddenly, she spots something – a semi-cooked grain of rice stuck in her bangle. In this story, the grief-stricken woman turns back to her home and returns the wayward grain of rice back to the vessel, for the fear of it being wasted. The moral is obvious, but the story perhaps would resonate with many women. Rice, the ubiquitous staple for a large percentage of India’s population, finds its way in many such stories about saving & spending, in a community-oriented fashion. Many women in communities across the country, from the Thangkul Nagas to villages in Odisha’s Bolangir district have had a tradition of putting away one fistful of rice or any similar non-perishable commodity at regular frequencies (such as each meal) for the always-looming ‘rainy day’ to make a grain bank. Similar practices are in place in other countries and cultures, such as a program in Bangladesh called ‘Musti Chale Unnayan’.

The pandemic has seen the rise of many women-led enterprises & initiatives beyond the limited vision of participating in the corporate sector. Many home businesses, online stores and unique initiatives, ranging from home-cooked food to fabric sales have flourished. While some of this came up as a way to supplement lost income, others found ways to do community-oriented work in the social sector. This has also made women learn about money ‘on-the-job’, on a trial and error basis. So, women have always saved fistfuls of rice, both literally and metaphorically. But there are also women who have helped others in times of difficulty. As Firdouse Khan, Joint Secretary of Forward Trust, Bangalore told Aura, she started helping women with micro-finance & saving money over five years ago when she realised how women were taking loans and suffering as a result. One woman she knew took a loan worth Rs 20,000 and ended up paying Rs 38,000 as interest, that too in weekly instalments. Initially, Khan merely advised her not to indulge in such interest-based loans but then realized that while advice was free, it would only really help if she offered an alternative to it. This search for alternative ways to save has flourished in many parts of the country, with small interest-free microfinance cooperatives that sprung up in states like Maharashtra, Karnataka, Kerala, Tamil Nadu etc. and at the national level as well. Although not formally regulated under the RBI because they are seen as incompatible with the interest-based banking that dominates, they are governed by The Multi-State Co-operative Societies Act, 2002 and state-level Cooperative Societies Act, 1965.

My journey of setting up an artisanal home baking business in the middle of a worldwide lockdown: An insightful recap of its first year.

shelved in a small, but frequently visited shop. It has helped us expand the work faster than we would have been able to, ordinarily. One of my biggest struggles so far in this journey has been managing my expenses. At the end of the month, for a whole year, I would find myself with very little money, just enough to bulk buy ingredients for the coming month. I realised I had got the finance side of business totally wrong. In fact, I knew nothing about it. I read so many articles on the internet over and over again, to somehow manage to finally make this business actually profitable. The key is to really give it time to grow, I realized. I had to stop expecting to turn this venture into a commercial bakery with numerous helpers and staff overnight. I was not to make huge profits overnight as well, selling cakes.

At this point, though, I am finally satisfied with our progress, as we have managed to finally buy a commercial stand mixer, hand mixers and lots and lots of baking moulds, easing the workload, and increasing our production. My biggest helper in expanding the bakery has been Instagram itself, the very portal I had built an aversion towards for rendering me completely unproductive and lazy. The whole deal behind marketing on Instagram is to figure out how to present your product to be as desirable as it can be, to your target audience. For baked items, we just had to somehow make everything delectable and droolworthy. We also had to make sure we keep up with the ever changing trends and algorithms. When Instagram suddenly announced that the portal was changed from a picture-centric portal to a video-centric one, we had to immediately start working on producing more interactive video content, for instance what actually goes into the making of a cake, what are the ingredients that go in a particular dessert of a particular flavor profile, etc. Apart from Instagram, a small homegrown business with almost no marketing budget, relies on word of mouth. If the cake is great enough, people are definitely going to go home and talk about it.

The small bakery that started just a year back, almost out of nowhere, finally seems to be rooting itself. We plan to turn this, if Allah wills, into an actual storefront, or maybe something like a small bakery and café of sorts. The idea is to bring authentic, nostalgic desserts and breads children grow up to reminisce. To bring the world’s extensive array of desserts to everyone’s tables, and spreading the love for handmade, artisanally produced baked goods.