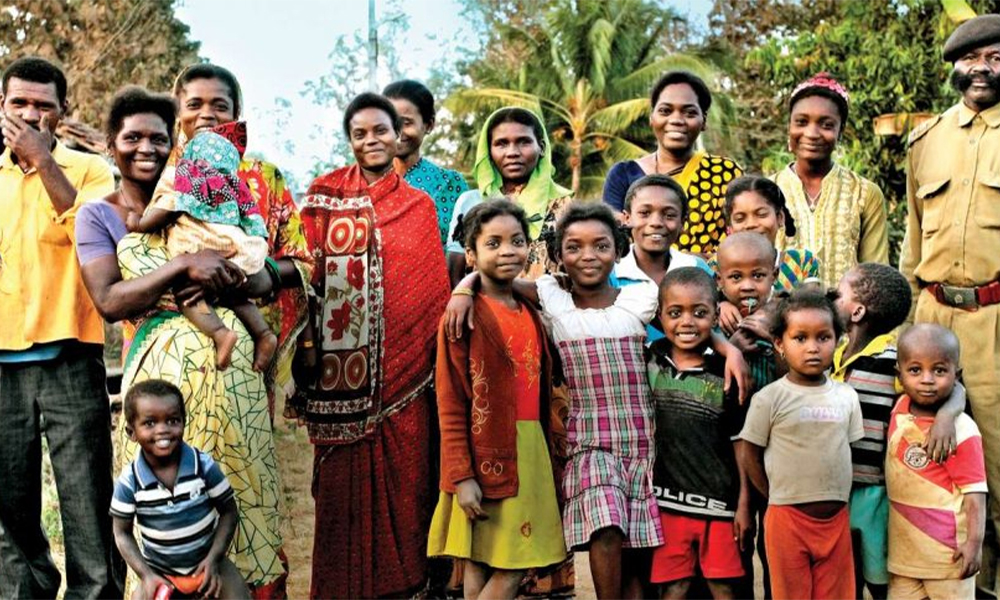 In his book ‘Indians of African Origin’, D.K. Bhattacharya mentions the settlement of two Siddi Kingdoms in the year 1100 C.E. on the Saraustrian Peninsula, the westernmost coast of India. Many powers were involved in the slave trade; they had colonised the eastern coastline of Africa, where they captured African natives, auctioned them at slave markets and transported them across the Indian Ocean to buyers in India. Africans were considered physically strong and tough, making them valuable human resources for physical labour and soldiers. The Habshis (people of African descent) were “guarantors of safety” for ships travelling in the Indian Ocean, according to Ibn Battuta, a 14th-century Moroccan scholar and adventurer. Habshis had such a reputation, he states, that even pirates would avoid the ship even if one was on board.

Richard M. Eaton in his book ‘Sultans of Deccan India: Opulence and Fantasy, 1500–1700’, states that Malik Ambar, the brilliant military leader and de facto ruler of the Ahmadnagar Sultanate in the Deccan region was amongst one of a thousand other ‘Habshi’ purchased. However, in Deccan society, upon the death of their masters, they were usually served as per their free will in service of powerful commanders in the Empire. Five years after taking him, Ambar’s master died. For the next 20 years, he served as a mercenary for the Sultan of neighbouring Bijapur. Apart from being an able fighter, Ambar was also a fine administrator. In 1610 C.E, after briefly expelling the Mughals from Ahmednagar, Malik Ambar established a new capital, a city named Khirki (present-day Aurangabad) for the sultanate.

According to the 1931 census, the major influx of Siddis occurred during the 17th-19th centuries when the Portuguese brought them as slaves in India. Due to the British and Portuguese colonisation and later due to abolishment of slavery, the Siddis settled in small remote rural areas across the western coast in Gujarat, Maharashtra, Goa, Andhra Pradesh, Karnataka and Kerala. The Union government on January 8, 2003, classified Siddis under the list of Scheduled Tribes. There are an estimated 70,000 Siddis living in India. Though they are included in the Centre’s list of Particularly Vulnerable Tribal Groups, they have lacked social acceptance or economic empowerment from the government and citizens. Even in cities they are ostracized and finding a decent job is nearly impossible hence they are forced to work in labour and farming. Though they speak Indian languages, they are regarded as outsiders due to their appearance.

Surviving in ethnic groups, Siddis live as breathing examples of the violation of human rights. Since their settlement in the woodlands of India, they have faced utter marginalization and racial oppression. Due to their naturally black skin tones, their distinctive physicality and attire, Indians alienate them from the universal right of inclusion. This racist attitude leads to the ostracization of this community from the society forcing them to live in the rural outskirts, tucked away in woods. Their culture and tradition have also been denied assimilation as they are deemed as ‘adivasis’ and outsiders.

Article 1 and 2 of the Universal Declaration of Human Rights state that all humans are born free, equal in dignity and pride and that they are entitled to all rights without any discrimination based on race, colour, social origin, etc. However, the struggles and contemporary living reality of the Siddis in India is a complete failure of these idealized notions right in the face of humanity and its entitlements. Rohit Majgul, a 16 year old and a school drop out of this ethnic tribe reports that, ‘No one believes me when I say I am Indian, They think I am African, they call me by different abusive names, they tease me. I have also been thrown off the bus because of my colour”. Thousands of Rohit Majguls are marginalized, attacked and even mobbed in India for whom even the basic human rights of being treated at least as a dignified human seems like a faraway dream. Their sense of respect and identities are snatched away and instead they are labelled as ‘uncivilized’, ‘uneducated’ and ‘dirty’. Catalysing their catastrophe, they are even denied the right to equal opportunity due to which Siddis face economic exclusion, abandoned from opportunities to strive, work and earn. These stigma result in their illiteracy which eventually force the children of Siddis into child labour.

The women of this community are doubly marginalized, oppressed on the basis of their sex. Rukhsana Nobi, 27 year-old woman remarks in an interview that, “In our society, no one wants to teach girls.” Thus, the women of this community are left to the sustenance and dependency of the males, denied education and married off early. Some of them even engage in demeaning work because of abject poverty. Thus, even after years of abolition of slavery, even after their inclusion as schedule tribes in the Constitution of India, granting them special status and rights, Siddis haven’t been facilitated with human entitlements. Their racial differentiation, oppression and marginalization has led to conditions worse than slavery. They trade their dignity, pride and lives to merely keep themselves alive and to be recognized as Indians.

The women of this community are doubly marginalized, oppressed on the basis of their sex. Rukhsana Nobi, 27 year-old woman remarks in an interview that, “In our society, no one wants to teach girls.” Thus, the women of this community are left to the sustenance and dependency of the males, denied education and married off early. Some of them even engage in demeaning work because of abject poverty.