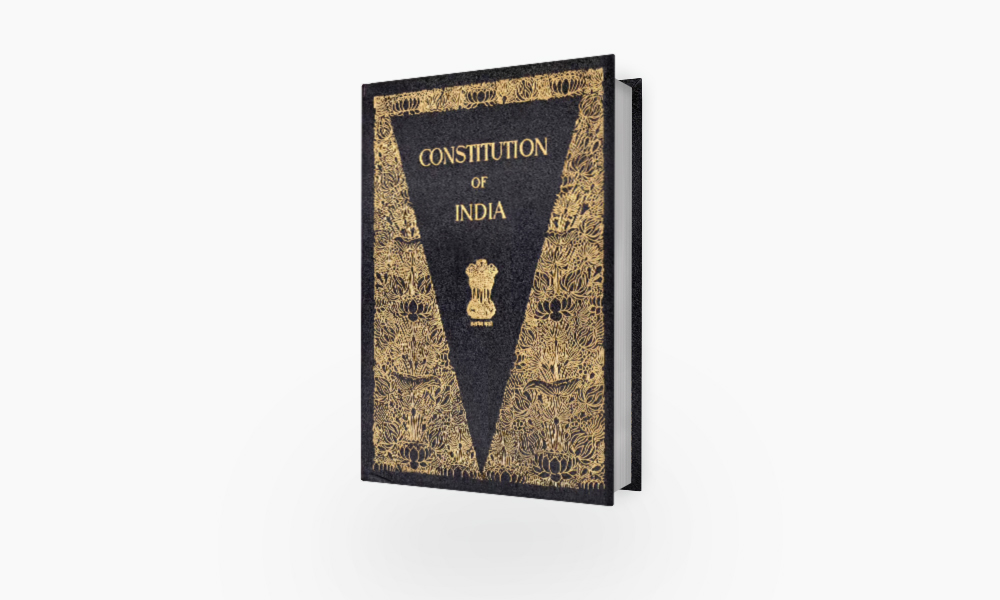 Category : REPUBLIC DAY SPECIAL
Author : Firasha Shaikh
“Rights are not the creatures of law, but its condition precedent. They are that which law is seeking to realize. Institutions are, then, bad or good in proportion as they fail or succeed in promotion of the purpose of rights.” – Harold Laski

This article aims to critically analyze the Fundamental Rights, which form Part-III of the Indian Constitution.

Of late, in new age social justice discourse, there is repeated invocation of “upholding Constitutional values” and “returning to the Constitution” , especially in the context of resisting majoritarian Hindutva nationalism. The understanding seems to be that the present environment of hatred against minority communities is the result of an aberration or straying away from Constitutional values of freedom, equality and tolerance. Thus, the panacea is to revert to the ideals espoused by the Constitution, to remind the public of the values enshrined in it and seek to compel state authority to uphold it. Nowhere was this understanding more apparent in recent times than the anti-CAA/Shaheen Bagh protests. Otherwise too, civil liberties and human rights organizations throughout the country have, and continue to take recourse to Constitution ideals and implore the masses to have faith in the same.

The Fundamental Rights are taught to students, right from formative years, up until the secondary level. Most NCERT textbooks have them listed on the starting pages. Schools and educational institutes usually have a copy pinned on bulletin boards. Any UPSC coaching student could rattle them off with ease committed to memory.

The six main FRs are:

1. Articles 14-18 : Right to Equality
2. Articles 19-22 : Right to Freedom
3.Articles 23-24 : Right against Exploitation
4. Articles 25-28 : Right to Freedom of Religion
5. Articles 29-30 : Cultural and Educational Rights
6. Article 32 : Right to Constitutional Remedies
A cursory glance at the FRs will convince a layperson of their merit especially in a society like India, one that is deeply stratified on the centuries-old caste system, where ethnic tensions run high and communal violence against minorities is a regular occurrence. At the stroke of midnight, India awoke to freedom from a colonial regime. Thus, to talk of equality before law and right to protection of life and personal liberty, etc. given India’s long history of violence and repression due to caste system, regional wars and colonialism, the chapter on FRs in the Constitution was indeed revolutionary, to a certain extent.

Nearly 75 years later, we must ask ourselves some important questions. How progressive really are the Constitutional values? To what extent did these rights truly break away from the colonial legacy? To what extent do they truly establish justice, liberty, equality and fraternity?

For the purposes of this article, we will look at three articles.

Article 19 guarantees all citizens the right to freedom of speech and expression, and of assembly and association among others. But it is then stipulated that the State has the right to make ‘reasonable restrictions’ to these freedoms. The grounds for these restrictions are sovereignty and integrity of India, the security of the State, friendly relations with foreign States, public order, decency or morality or in relation to contempt of court, defamation or incitement to an offence.These terms are not defined clearly i.e. it is unclear as to what exactly falls under the gambit, of say, incitement to offence or what actions can be considered as threatening security of State. Article 19 also mentions that none of these rights can prevent the State from imposing restrictions on said rights on the grounds aforementioned.

Therefore, in recent times, we see arbitrary incarceration of political prisoners, activists, journalists, comedians, etc. Anybody whose opinions do not agree with the State’s narrative stand deprived of their rights on those grounds.

Article 21 says that no person can be deprived of right to life or personal liberty except according to a procedure established by law. This article provides protection only against arbitrary executive action. It does not provide protection against arbitrary legislative action. In Menaka Gandhi v. Union of India (1978) case, the Supreme Court clarifies this article thus, “…right to life and personal liberty of a person can be deprived by a law, provided the procedure prescribed by that law is reasonable, fair and just.”

In practice, what is considered as “reasonable, fair and just” is left to the discretion of those who enact the law, resulting in a pattern of human rights violations in the justice system of the country. The often violent actions of the executive i.e. police, are legitimized by this logic.

The second part of Article 22 grants certain protections to persons who are detained or arrested under a preventive detention law.

India has the distinction of being the only democratic country in the world that has legitimized preventive detention in its Constitution. The very essence of the concept of preventive detention contradicts the idea in the preceding Article 21, i.e. the right to life and personal liberty. As the UAPA law has demonstrated, in preventive detention laws the process of arrest and detention is punishment itself, not to mention the incurring ruination of a person’s social status. Thus, the protections provided in the Constitution are of little help to a person who becomes an accused under such laws.

During the Constituent Assembly debates on Fundamental rights, some members had expressed their apprehensions. Somnath Lahiri’s words have proved to be prescient. He said, “I feel that many of these fundamental rights have been framed from the point of view of a police constable and many such provisions have been incorporated. Why? Because you will find that very minimum rights have been conceded and those too very grudgingly and these so-called rights are almost invariably followed by a proviso. Almost every article is followed by a proviso which takes away the right almost completely, because everywhere it is stated that in case of grave emergency these rights will be taken away. Now, Sir, what constitutes a ‘grave emergency’ God alone knows. It will depend on the executive obtaining at a particular period of government. So, naturally anything that the party in power or the executive may not like would be considered a grave emergency and the very meagre fundamental rights which are conceded in this resolution will be whittled down……What should be our conception of fundamental rights?….. We want to incorporate every one of those rights which our people want to get.” (CAD, 29th April 1947)
FRs in our Constitution have been criticized by many legal theorists and Constitutional experts throughout the years.

One of the major critiques is that the judiciary has been appointed as the guardian of the fundamental rights, against the interference of legislature and executive. With regards to the welfare of minority communities, the reliability and trustworthiness of the judiciary has come under question multiple times. The most recent example is the Ayodhya verdict. Another glaring example is the denial of right to constitutional remedies of Kashmiris incarcerated in the wake of revocation of Article 370. FRs of minorities have been fair game since Independence and have only increased since the NDA government came to power in 2014. When it comes to rights of minorities, the much touted judicial activism seems to have all but disappeared.
As mentioned above another important critique of the fundamental rights are that there are excessive limitations upon them and those are not clearly defined thus ultimately concentrating power in the hands of the State.

It should also be noted that the Fundamental rights only cover political rights. There is no mention of social and economic rights such as the right to employment, the right of workers to strike, the right to secure a living wage, right to social security, etc., whereas these are rights made available to citizens of other democracies.

Anybody worried by the current state of affairs should ask themselves how conducive is it, then, to uncritically and unquestioningly accept the values of the same Constitution in whose name the very injustices they oppose are being legitimized?

The problem lies not just in the effective implementation of FRs but in their very conceptualization itself. Our duty as concerned citizens must not be limited to bargaining for the former but to question, debate and examine the latter.

We have to dare to imagine a conception of rights that breaks completely from the hegemony of the State. Only then can we hope to see the actual materialization of the objective of rights: justice, liberty, equality and fraternity.