January 2022
Can Lies, Violence, Molestation Save Our Nation?: A Conversation
Views : 636 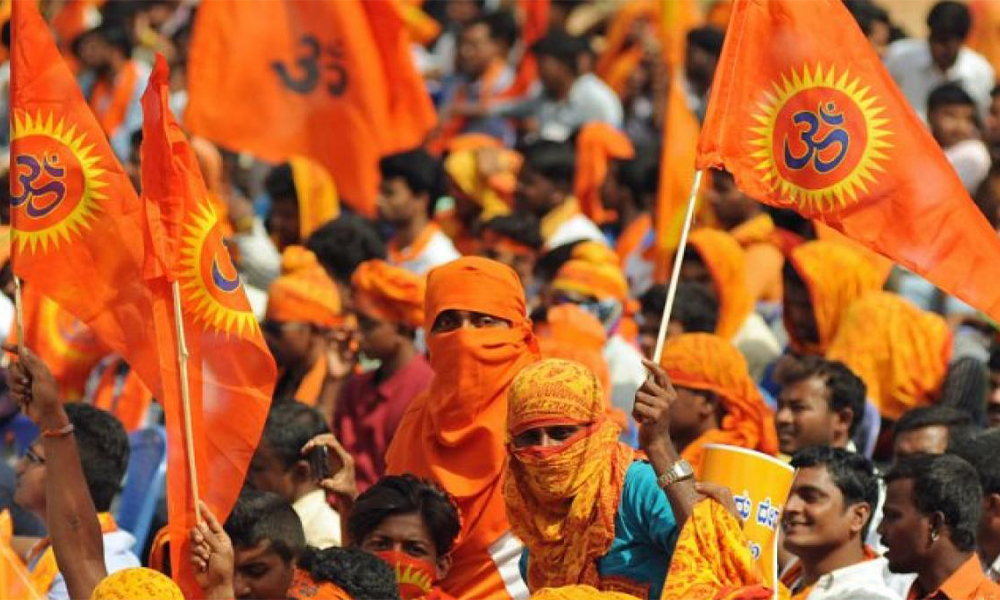 The “forced conversion” accusation is more a narrative than truth.

Recently a good friend texted me saying, “Off late, I have been seeing, that in so many places, people are being converted en masse.” He was talking about Hindus converting to Christianity. He thinks changing the demographics is wrong, as it changes our great culture and beliefs. I appreciated him for raising this discussion.

Then I pointed him to the recent report that I had received the previous day on 305 reported incidents of violence against Christians in India between January and September of 2021. Then I asked him, what do you think about this? Those who want to save Indian culture are perpetrating such crimes. What great culture are they talking about?
I asked him to check, in particular the Roorkee incident, where more than 200 people allegedly barged into a church, vandalised the premises and attacked people assembled there for prayers on Sunday. They even molested and slapped the pastor’s younger daughter.

He replied saying, “such incidents should not have happened.” I said, that is right, but it did happen in broad daylight in front of the police and the government. Till today none of the perpetrators has been brought to justice. So if those who accuse Christians of converting ‘gullible’ people are perpetrating acts of physical violence, vandalisation, false accusation, threats, even molestation, do you see any credibility in their charges?

The next day I called my lawyer friend who sent me the report to check any convictions among those reported cases. She told me that no one accused was convicted of

So, I told my friend, there are enough laws to protect people from forced conversion, yet we see no convictions. I see your problem isn’t “forced conversion” but conversion itself. You have to tell me, why do you think conversion by choice is wrong? He did not respond.

forced conversion from those 305 reported incidents.

A church in Belur where the Bajrang Dal attacked a prayer service. Seen in the image are women worshippers confronting the attackers.

So I told my friend, I fully agree with you that conversion by force is wrong; it violates the freedom of conscience. But why have none of these accusations had any convictions so far? Not just in these recent incidents, but for decades, there was no known case where the accused was convicted of forced or fraudulent conversion. Don’t you see the so-called protectors of Indian culture not only failed to show evidence for their accusations but also lacked moral grounding?

My friend seemed surprised by that information; he said he would validate the information and get back to me. I said, sure, you can validate, but I want to tell you that you believe these accusations are true because you have fallen for the dominant narrative. But, he disagrees; he still insists that it is not a narrative but a reality. He says, “forced conversion is a big business in India.”

So, I told my friend, there are enough laws to protect people from forced conversion, yet we see no convictions. I see your problem isn’t “forced conversion” but conversion itself. You have to tell me, why do you think conversion by choice is wrong? He did not respond.

I told him, you dislike conversion since you have fallen to the propaganda to hate fellow citizens from other religions or castes. That is why the so-called keepers of Indian culture abuse and harass people from other faiths because they are taught to hate them.

From Nazi Germany to Partition to the 1984 anti-Sikh violence, to the Mumbai riots to Godhra, the perpetrators of hate and violence target completely helpless and innocent people on no basis at all. These recent incidents are an outcome of this hate and not of any valid accusation.

I told him, I remember you telling me that you are not a very religious person. You only believe that there is some divine entity somewhere, and that’s about it. Then when I asked you if you believe in certain Hindu scriptures, you said you don’t believe it. Isn’t that freedom of conscience to accept what seems right to you and reject some even though they are an essential part of traditional Hindu belief? So why aren’t you giving this freedom to others?

You know that the Indian constitution in article 25 guarantees freedom of conscience as a human right. “all persons are equally entitled to freedom of conscience and the right freely to profess, practise and propagate religion.” As you live in the West, you enjoy this freedom. Of course, you may say you have not converted to another religion. Still, you took the liberty to reject or add certain practices of your faith as they seem right to you, which are alien to Hinduism. Likewise, many Christians have chosen to become atheists; many atheists have chosen to become Muslims, Hindus, Buddhists etc.

With the freedom of conscience, you not only profess and practice what seems right to you, but you are also arguing your point of view on conversion with me. The constitution gives this freedom to all its citizens. Imagine the implications when those in power, accusing

It is time we stop this nonsense, join hands, and fight for religious liberty for all citizens, which our constitution guarantees. But, unless we truly love our country and respect every citizen irrespective of religion and ethnicity, our children will never find beauty and hope in the idea of India.

you of what you believe. How foolish have we become to think that lies and violence can save Indian culture?

I hope you see the damage it has created in our country socially, economically and intellectually. I remember you mentioned how good our childhood days were without all these religious differences. Forced conversion threat is like making a mountain out of a molehill to serve a political narrative. This narrative broke our society and stole social harmony.

It is time we stop this nonsense, join hands, and fight for religious liberty for all citizens, which our constitution guarantees. But, unless we truly love our country and respect every citizen irrespective of religion and ethnicity, our children will never find beauty and hope in the idea of India.

This article is a partly fictional and partly actual conversation between multiple friends put together as a narrative.
News
https://muslimmirror.com/eng/christians-under-attack-with-over-300-cases-of-violence-in-2021-report/