January 2022
Face to Face with Syed Ubaidur Rahman, On the Occasion of Martyrs’ Day
Views : 73 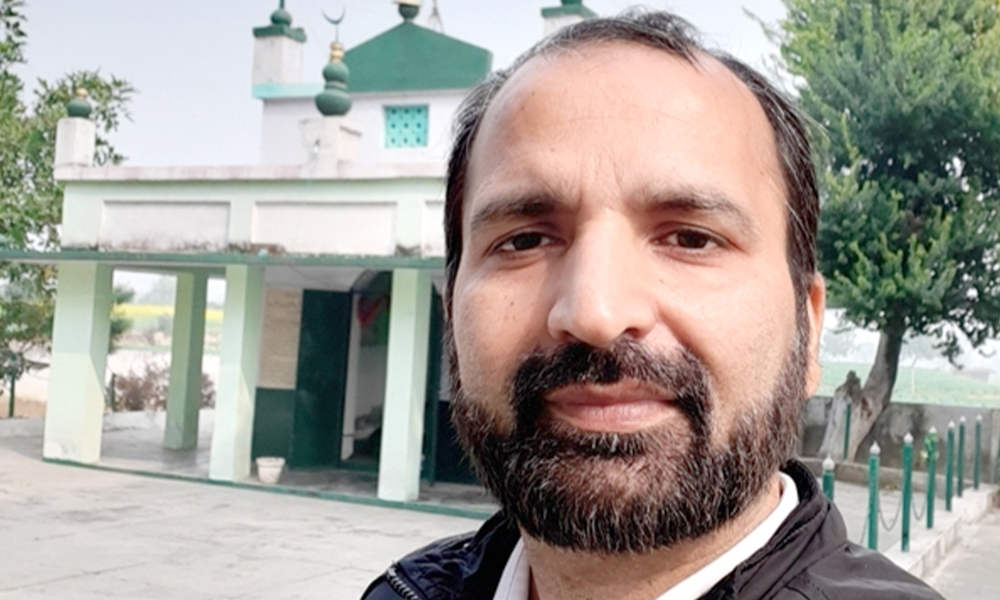 Tell us a little bit about your work and why you decided to work on freedom fighters and the movement overall.

There is a dearth of literature on Indian Muslims’ contribution on the freedom movement. If I ask you to name a few freedom fighters who made meaningful contribution in the country’s freedom movement, there are chances that you could count just a few. However there were thousands and thousands who laid their lives fighting for the nation. Top leaders of the 1857 Mutiny were Muslims. The same was true about latter part of the freedom movement. However, their contributions remain ignored, sometimes wittingly, and on many occasions due to lack of handy information and references. Negative propaganda, on the contrary seems to be all pervasive. And these two are a lethal mixture in the age and place where we live.

Someone needed to take a lead and Alhamdulillah, I have made a beginning in this direction. We have published four books, over the last three years and several more books are in the pipeline. This includes the latest, ‘Biographical Encyclopedia of Indian Muslim Freedom Fighters’, besides, ‘Ulema’s Role in India’s Freedom Movement’, ‘Muslim Freedom Fighters: Contribution of Indian Muslims in the Freedom Movement’, and ‘Muslim Mujahideen e Azadi aur Tehreek e Azadi Mein Unki Khidmat’. However, this is just the beginning and a lot needs to be done in this field. My latest book, ‘Biographical Encyclopedia of Indian Muslim Freedom Fighters’ is among the most exhaustive works on the Muslims’ contribution in different phases of the freedom movement. Alhamdulillah the book has been previewed and praised by top historians like Rana Safavi, Suchetna Chatopadhyay, Nadeem Rezavi and many others.

What did you set out to find and did you discover something unexpected or interesting along this research? Any figure in history we don’t know enough about but should, for example?

Muslims’ contribution should be talked about at every level. There is an effort to obfuscate it. We need to fight it and present our perspective forcefully. Indian Muslims’ contribution in different phases of the country’s freedom movements was enormous. They played larger than life role and gave significant sacrifices for the cause. From the last Mughal Emperor Bahadur Shah Zafar to nawabs, princes, landlords of all sizes, clergy and ulema and the common people, they all stood for the cause, took on huge challenges and sacrificed almost everything for it. Thousands of ulema were slaughtered in the wake of 1857 uprising, entire Delhi was emptied of Muslims and they were not allowed to return back to their homes and reclaim their properties that they had built after a lifetime of hard work and struggle.

There are many people whose contribution and role in India’s freedom movement has remained elusive. Do you know that as many as 9 Muslim leaders, including a great grandson of Tipu Sultan graced the seat of Indian National Congress president, the foremost organization that led and fought for the independence. Not many have any idea about the success that Molvi Ahmadullah Shah and Khan Bahadur Khan Rohilla achieved against the British East India Company in 1857 Mutiny. Ahmadullah Shah defeated the British colonial forces on multiple fronts from Lucknow to Shahjahanpur, while Khan Bahadur Khan Rohilla defeated the British in Rohilkhand and ruled over Bareilly and surrounding towns for more than a year. Both leaders laid down their lives for the freedom of the nation. Imam Baksh Sahbai one of the foremost scholars of his time, and his sons who were also well-known academics were slaughtered along with 14 members of his family. Edward Vibart, a young British officer says that the forces were ordered to kill everyone: “It was literally murder…I have seen many bloody and awful sights lately but such a one as I witnessed yesterday I pray I never see again. The women were all spared but their screams, on seeing their husbands and sons butchered, were most painful… Heaven knows I feel no pity, but when some old grey bearded man is brought and shot before your very eyes, hard must be that man’s heart I think who can look on with indifference”. It is very disheartening to note that efforts and sacrifices of these great men and women have been completely forgotten.

Coming to women – did women actively take part in the movement?

Women of all hues played great role. Muslim women too contributed significantly in the freedom movement. Who can forget the leadership and role of Begum Hazrat Mahel, the wife of Nawab Wajid Ali Shah? She led her forces against the British and gave them tough fight over a period of more than a year. And even when defeated she chose to live in exile and not compromise with the colonial rulers. Maulana Mohammad Ali and Shaukat Ali’s mother Abadi Bano, popularly known as Bi Amma too fought bravely for the freedom of the nation. Mohammad Ali’s wife, Amjadi Bano Begum too was a well-known figure of her time and addressed huge rallies in the presence of her husband and even after his unfortunate and early death. Begum Anis Kidwai, Aruna Asaf Ali and many other women leaders provided leadership on innumerable occasions. Without their active participation and sacrifices, freedom could have never been achieved.

What lessons can we take away from our history today, in a very tumultuous time? George Orwell said, “The most effective way to destroy people is to deny and obliterate their own understanding of their history.” This is what governments over the last few years have been trying to do in the country. We are equally responsible for this amnesia as well as we have failed to do anything substantial in preserving and saving our history. Our history reassures us that we provided leadership to the nation in the past and that we are capable to provide same sort of leadership now and in the future.