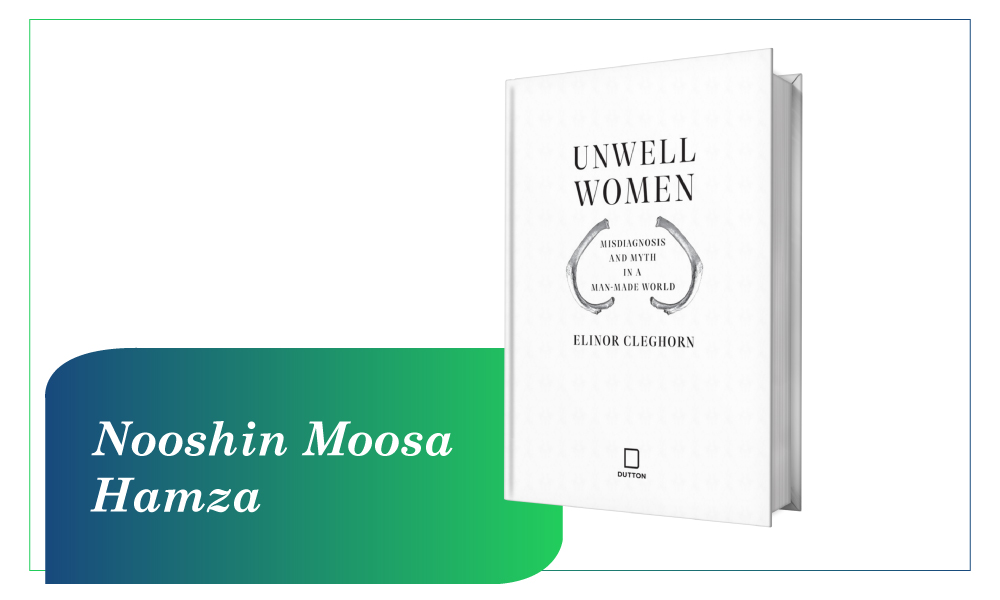 Category : BOOK REVIEWS
Author : Nooshin Moosa Hamza
A journey through medicine and myths in a man-made (emphasis intended) world.
It certainly was one hell of a ride.

I know you will excuse me for the rough language but seriously! This book is just “phenomagnificient.”

Yes, I had to coin a new word (phenomenal + magnificent) because this book is just that. We all know that being feminine, for the most part, has been taken to mean weakness and fragility and is considered to be a step below masculinity but that it was at such drastic levels was unknown to me until I read this.

When an author turns a historical compilation into a book that puts you on the edge of your seat wondering what is going to happen next like a thriller novel, I call her a genius. Cleghorn, who is the author, has included actual cases of women misjudged, misdiagnosed and mistreated by so-called “doctors” of religion in the earlier days to the “doctors” of medicine today.

When she makes claims about something, she refreshingly gives proof from every angle with actual dates and names. The author was herself an ‘unwell woman’ who was a victim of misdiagnosis and in the process of writing the book has discovered the reason for this “unwellness” which will bring peace for millions like her, because it is universal and as women, we all have been there.

She has also managed to incorporate various other mind-boggling social evils like racial discrimination, and social and economic inequality as well. She has also emphasized the fact that women’s lives changed considerably only when women took charge of themselves.
Although vast research has been done and situations have been duly reported of women from ancient, medieval and contemporary times including the period of the World Wars in the 20th century, most of the narratives are from Western nations. This had me wondering – what was the situation in the rest of the world? Did these stories go undocumented? That in itself is a topic for future researchers.

My sincere advice to readers is to try it because it is worthy of being read and will not bore you. Available in hard copy, paperback and an affordable e-book as well.