April 2021
THE POLITICS OF HEALTH 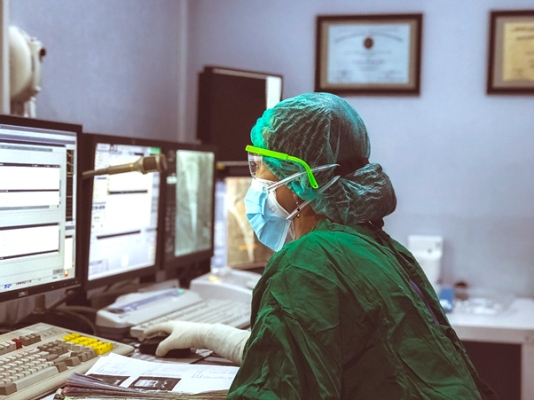 The politics of health or healthcare refers to the analysis of systemic political factors that determine the nature of healthcare – its quality, affordability, ease of access, and so on. Health and healthcare have long been understood as or considered to be apolitical matters as are issues such as education, housing, town planning, sanitation, water supply, etc.
However, since public healthcare is controlled, budgeted and administered by national governments globally, health becomes an explicitly political issue. The push to view healthcare as a depoliticized arena, is one that obscures the major political interventions that control how science, pharma, and healthcare are modelled, and how access, equity and quality ought to be serious concerns for all citizens.

What it means
As far as India as well as the vast majority of democratic nations are concerned, they are largely structured on the neoliberal-capitalist framework.

Under a capitalist economic system, health, like everything else, is heavily commodified. Like any other resource or commodity under a neo-liberal economic system, some social groups have more of it than others, due to ownership over economic resources and higher standards of living than other social groups. This difference or gap is only deepened or exacerbated under this system.

Inequalities in healthcare
Surveys and data collections related to healthcare reveal multiple disparities in access to quality healthcare, by way of class, caste, ethnic, regional and gender lines. Here are just a few examples. In India, a person born in Kerala can expect to live 18 years longer than one born in Bihar or Jharkhand. SCs, STs and Muslims, in general, tend to have poorer health and less access to health systems. As many as 5.13 lakh girls in the age group of 11-14 years dropped out from schools in 2018-19 in Uttar Pradesh due to inadequate facilities in schools related to sanitation and menstrual hygiene. On the whole, states of Southern India are doing much better in terms of human development indicators than states in the North. Even amongst the relatively well-off regions, there is economic disparity as the rich are able to afford better quality of healthcare from private hospitals and clinics while the poor are dependent on the extremely underfunded and subpar quality of healthcare services from public hospitals.

According to the GHS (Global Health Security) Index, national health security is fundamentally weak around the world. Countries are not prepared for a globally catastrophic biological event. Most countries have not allocated funding from national budgets to fill identified preparedness gaps. There is little evidence that most countries have tested important health security capacities or shown that they would be functional in a crisis.

Covid-19 pandemic and the anti-poor health strategies
Perhaps no other event has highlighted once and for all, the major issue of structural inequities of the healthcare system, as has the devastating global COVID-19 pandemic. This pandemic brought out the widespread inequality in society from the shadows out into the square of public consciousness. A common adage trending on social media was “Covid is only for the poor.” Those who were economically and socially in an advantageous position could afford to follow quarantine orders, order and hoard food supplies, observe physical distancing, and work from home. This isolation was obviously, only made possible by those who had to work to survive – such as sanitation workers or delivery personnel. Those people at the lower rungs of the social hierarchy were the worst affected, as multiple news reports have highlighted. Lack of proper housing facilities meant that they could not adhere to physical distancing norms. Mass reverse migrations, lack of access to medical or hygiene products or Covid-testing, loss of employment opportunities – are all endangering their health and causing catastrophic strain on the public healthcare system.

How do public policies and political decisions affect healthcare services?
In response to the COVID-19 pandemic, the first major response of the government was to announce a nationwide lockdown and disseminate messages of physical distancing and constant handwashing. Whilst experts remained divided as to what strategies were to be adopted, it became quite clear that the sudden announcement of the lockdown forced migrant labourers to return to their rural native places, as they did not have suitable means of accommodation and employment in the urban areas. Due to the fact that vast majority of the country still does not have access to water amenities, measures like handwashing and sanitation became, and remains, an explicit luxury.

The government’s consequent measures further reinforced the importance of politics of health. India’s investments in public health are among the lowest in the world with even primary healthcare being a luxury in many areas. During the pandemic, most hospitals were largely bereft of the beds, medicines, facilities and personnel required to handle the surging COVID-19 cases resulting in high death tolls. The government’s economic packages also fell short of the required relief for affected citizens. For instance, there was an announcement of additional 5 kg grain a month for three months under the PDS; ₹500 per month for three months for women holding Jan-Dhan Yojana accounts; and ₹2,000 more for MGNREGA workers. The amounts allocated were considered by experts to be extremely inadequate. Further the government fell short in the implementation of even these basic measures.

This phenomenon was not unique to India by any means. Even in the Global North specifically, in the US and Europe, structural inequalities in society mediated the effect of the pandemic, with the worst-off suffering far more than those with relative security. Minority groups were more adversely affected as compared to the relatively privileged ones.

The aforementioned facts demonstrate the need for the general public to take interest in the healthcare system and to take it up as a political issue and demand accountability for it vis-à-vis political leaders. Unfortunately in India, public health has never been an important matter in the electoral arena. Although political parties announce grand healthcare measures and schemes, the extent of the effectiveness, viability and merits of said schemes are rarely scrutinised.

A way forward
There are many measures suggested by various renowned organisations to address this topic. One important measure is the “democratization” of medical facilities. In a cross-country analysis of governance systems and health outcomes, countries with higher fiscal decentralisation were found to have consistently lower infant mortality rates than those with more centralised forms.

The impact was more pronounced in less developed countries. In West Bengal and Kerala in India – states in which primary healthcare are co-managed by panchayats – health outcomes are better than in most other states at similar levels of economic development.

Other key measures suggested by the Global Health Security Index are:
• National governments should commit to take action to address health security risks.
• Health security capacity in every country should be transparent and regularly measured, and results should be published at least once every two years.
• Countries should test their health security capacities and publish after-action reviews, at least annually.
• Leaders should take steps to build and maintain robust healthcare and public health workforces that play a major role in biological crises.

The legacy of healthcare in Islam

Islamic civilization has made many beneficial contributions in the field of medical science since centuries. The Holy Prophet of Allah ﷺ said, “Your body has rights over you.” (Sahih al-Bukhari, 5199)

It may be noted that the acts of worship in Islam like prayer and fasting, achieve one of the most important aims of medical science, which is the preservation of good health. At the time of Walid ibn Abdul Malik, the first hospital devoted specifically to the care of lepers, was built. The first mobile hospital of its time was at the time of the battle of Khandaq, when a tent was set up for the wounded under the guidance of RasoolAllah (PBUH). During the Islamic Khilafat, mobile hospitals became widespread and would often move from village to village providing healthcare services and were often sent to regions where there were no stationary hospitals.

These places are considered by historians to be pioneers in healthcare services and highly advanced beyond their time.

Conclusion
Right to quality healthcare and health services is a basic human right and inextricably linked to politics. Provision and facilitation of the same should be a priority agenda for governments and civil societies everywhere especially in the face of further predicted pandemics and health security concerns.