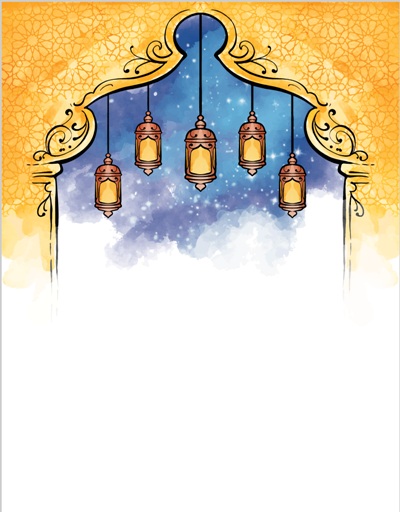 1. In the present global system, health does not occupy the supreme position, and laws are made more in accordance with the demands of economics than the demands of health. In Islam, an overwhelming majority of injunctions regarding living have direct relationship with health. More than 80 million lives are lost just because the laws of God are not in force to health. The practices beneficial to health are promoted in Islam and those harmful are either prohibited or discouraged.
2. Modern constitutions emphasize only ‘Fundamental Rights’ and to a lesser extent ‘Fundamental Duties’”. There is no provision called ‘Fundamental Prohibitions’. In Islam, the constitution is three-dimensional, with equal emphasis on Rights, Duties and Prohibitions, and all these are aimed at ensuring a peaceful and healthy living – both in this world and in the Hereafter.
3. In Islam, equal emphasis is given to individuals, family and society.
4. Family system is the biggest safety wall against diseases, as well as mental and social tensions. In Islam, no relationships outside a proper marriage between males and females are allowed. This is the biggest protection against diseases like HIV/AIDS, HPV/Cancer Cervix, Hepatitis B and most other Sexually Transmitted Diseases including Syphilis, Gonorrhoea and Herpes.
5. In the modern world, the responsibility of maintaining health falls mainly on individuals themselves. Dynamic Paradigm talks of a health-protective family and social system which does not let individuals get exposed to unhealthy substances and practices. The onus is not only on individuals, but also on the system.
6. The emphasis is more on natural prevention through avoidance of an unhealthy lifestyle; prevention through artificial methods like vaccines and condoms are only additional protections.
7. Islam promotes a ‘holistic concept of hygiene’, which is described below.

I. External Physical Hygiene
1. Istinja (washing of private parts after urinating): this has huge protective effects against urogenital infection.
2. Wudu (ablution): this involves washing of the exposed organs and mouth, reducing the risks of mouth infections, cardiovascular problems, skin infections and cancers and eye infections; it would of course be a big protection against diseases like COVID-19, which turned into a horrible pandemic in 2020.
3. Washing of private parts after intercourse and bathing as soon as possible: this will decrease the chances of sex-related diseases including HIV and HPV.
4. Miswak (brushing of teeth), highly promoted in Prophet’s (SAW) sayings: this has a remarkable preventive effect on infective diseases of teeth, gums and several internal organs.
5. Ban on pork, and therefore, pig farming; cleaning of hands after touching any unclean things. (All highly recommended in Prophet’s (SAW) sayings).

III. Sexual Hygiene
1. Have sexual intercourse only with spouses. Sex during menses and immediate postnatal period are not allowed. Wash mouth and private parts soon after intercourse.
2. Circumcision (a big protection against HIV, HPV, cervical cancer and other sexually transmitted diseases).

IV. Mental Hygiene
1. Total ban on activities such as pornography, watching sex and violence, reading materials that can lead to corrupting thoughts, which can incite people to indulge in forbidden activities.

VI. Environmental Hygiene
1. Cleaning of clothes;
2. Clean surroundings; not doing anything that pollutes air and water.

Almost all pandemics in the last 120 years have had direct relationship with Islamic guidelines. The injunctions of the noble Qur’ān and the system they seek to build are not just health-friendly; health is in fact the essential criterion of these injunctions. It is not just that Qur’ānic system is beneficial for health; health is, in fact, an inseparable part of its ultimate objectives. What is good for heath is promoted, and what is bad for health is prohibited. Qur’ānic Paradigm of Health is uniquely different from the modern paradigm of health, which is unduly influenced by the forces of economics. It is time medical sciences declared freedom from the rules of the market forces and took cue from Islam’s ‘Dynamic Paradigm of Health’. It should develop a new policy based on the superiority of life and healthiness of life over everything else.

The world must know that if Islamic principles are allowed to be put into proper practice, every year more than 80 million lives can be saved. These include: two million murders; 2.2 million suicides; 2.5 million deaths due to AIDS; 5 million deaths due to smoking; 2 million deaths associated with alcohol; 2 million deaths associated with gambling and drugs; 70 million cases of foeticide; 60,000 deaths due to Rabies. And of course, deadly pandemics such as Covid-19 could have been avoided or effectively contained. Moreover, more than 10 million people (excluding foeticide) could have been saved every year from falling prey to unwanted deaths had Islamic legal and socio-economic system been in force. These are no ordinary figures, but staggering statistics from all accounts. If we add the figures of foeticide, more than 80 million lives are lost, just because the laws of God are not in force.

We need a system in place, which decreases mortality and morbidity, reduces the global burden of diseases, increases total life and decreases the burden of the cost of maintaining health. Health sciences must now look to Islam to get things right.