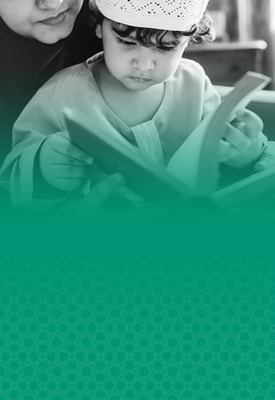 The institution of the family plays a very important part in a society. Family is a basic unit of that society and is organised in such a way that it operates as society in miniature. About one third of the Ahkam (legal injunctions of the Qu’ran) relate to the family and its proper regulation. In Islam, the family is a divinely inspired and ordained institution. Islam enjoins marriage. It forbids all forms of sexual relationships outside marriage (i.e. pre- or extra-marital relations). It prescribes that this relationship must not exist simply in the pursuit of momentary and ephemeral pleasure, ‘just to have a good time,’ but should be via marriage and should be in a responsible, well-planned and stable manner.

However, the institution of marriage has declined due to various social evils in the name of modernisation. The rate of divorce, live-in relationships, homosexuality, etc are leading to families in friction. Children are the obvious victims of these families. Marital failure, poor parenting, out-of-control children, and neglected elderly – whether or not we acknowledge them, these problems are increasing at an alarming rate in our communities. Today’s era is one in which technology is at its peak and science is more advanced than ever. But somewhere along the way of modernization, have we failed to master one of the bare essentials of life, something as simple as family values?

Broken, dysfunctional, and far-from-ideal families are not a crisis being faced by the West alone; rather, it is like a plague spreading to all corners of the world.

Divorce rates are higher than ever, illegitimate births are increasing at an alarming rate, and we have more children running away from home than they are from education. If we do come across the few families who have somehow managed to hold it together, we find that husbands are not respecting their wives, mothers are not paying enough attention to the kids, and the children are loathing their so-called “loved ones.”

What are the Causes?

So what exactly is causing the world to overlook the importance of maintaining positive family values, which are essentially the backbone of society? Perhaps we are giving more importance to a lifestyle based on things like money, careers, leisure, travelling, sports, hobbies, and entertainment?

We generally encounter many children who dislike their parents and would openly complain about how they are not allowed to stay out too late, or that they got in trouble for getting into an inexperienced driver’s car, or because they got in trouble for going to a party with alcohol. It just happens that most youngsters who act this way are either not practicing their faith or plainly agnostic. So we simply label them as rebellious and disobedient towards their parents, as they have no “standard” to follow. Of course, we always assume that such lack of family values is uncommon amongst Muslim families, because we have Islam as a “standard”, right?

And yet, Muslim families are drowning in the same lack of family morals.

This shocking realisation hits us when a teenage girl from the local Muslim community casually remarks about her father, “I hate him! We don’t get along too well.” Suddenly those rebellious non-Muslim children don’t seem so alien. This is the moment that we should open our eyes and analyse our own Muslim families too and see disrespectful spouses, dishonest and disobedient children, parents who abandon their infant children in daycares while they pursue their careers, fathers who work so much that they hardly spend time with their children, and mothers who are more concerned about fashion then they are about fashioning their children’s minds into those of good Muslims with admirable morals and ethics. When attempting to analyse the reasons behind deteriorating families, we unfortunately get caught in a vicious game of “hot potato”, with all the contestants throwing the blame onto another person or thing. Some blame the immoral society we live in, others blame the education system, and some even blame the government and judiciary for their lack of efficient control over community members. With nobody taking responsibility, the issue is usually brushed under the carpet.

The reality of the matter is that the problem starts at home. Whether we admit it or not, the root cause of this issue is the fact that spouses today are not treating each other as prescribed by Islam, leading to unstable and broken families.

This is primarily because we are living in a culture whereby men and women are seen as identical to each other, with the only difference being a biological one of giving birth. Men see female roles as degrading, while women are trying to emulate men. There is no clear definition of gender roles in our society, and as a result, they are being neglected. Islam on the other hand reinforces the idea that the genders have been distinguished so that they may complement each other, and therefore a balance and equity must be maintained between them.

The Legacy of Gender Roles in Islamic History

Gender roles in Islam – as best exemplified by Ali (RA) and Lady Fatima (peace be upon them) – ordain mutual respect, love and mercy, while emphasizing on responsibilities and duties of both partners. The emphasis on motherhood and domestic responsibilities is counter-balanced with the high degree of responsibility given to men with regards to the financial stability of the home. This does not in any way restrict a woman from getting an education or working, but what this does is give us a unique responsibility with generous rewards, which is by the order and will of Allah. Yet more than often, we see Muslim women become defensive about their rights to engage in work and other out-of-the-house activities, and this is usually a direct result of being part of an ethnic culture which unjustly limits women. In the irrelevant debate of who is better – the stay-at-home mom or the full-time career mom – we are being blinded to the crucial responsibility of a wife and mother, which is to maintain that love and respect between family members and to carry out the proper Islamic upbringing of her children.

The Role Men Play At Home

What is often ignored in this debate is that men have a responsibility towards the home as well, as espoused in the practices of the Holy Prophet (peace be upon him), who would do chores at home, play with his grandchildren and actively take interest in the happenings of the home, and appreciated the difficulties and sorted out the grievances of many women who would seek his help in matters of neglect, marital woes or poverty.

Too often, this emphasis on men’s roles in making the domestic lives of women easier is neglected, and even considered ‘unmanly’. The Prophetic example of masculinity is one that has been largely abandoned in today’s world.

If today’s parents complain that their children are not as they desire, then surely the fault does not entirely lie with the society we live in, and it’s about time Muslims wake up to this duty they owe to their future generations.

We must understand and appreciate gender roles and family values as best embodied in the examples of Ali (RA) and Lady Fatima and many other historic personalities of Islam. In addition to Muslim mothers realising their household and child-rearing responsibilities, it is just as necessary for Muslim men to respect and appreciate their wives to the fullest extent, as our Holy Prophet (peace be upon him and his progeny) has emphasized that a man’s respect for women and his faith are both interlinked; when one increases or decreases, so does the other. If these fundamental family values and prescribed gender roles and responsibilities are understood, appreciated, and established between husband and wife in accordance with Islam, only then spouses will respect each other, fathers will care for their families, mothers will be concerned with raising their children properly, and children will respect and show obedience to their elders. This is what the Holy Family of Islam has taught us. This is what we call Islamic family values.