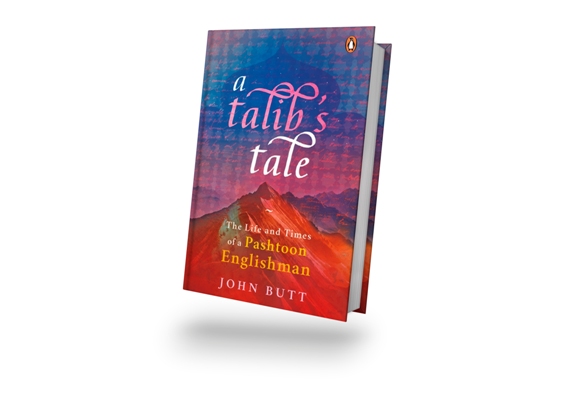 Any writing claiming to be a personal account but devoid of honesty and instilled with the passion of fading a reality that is otherwise colourful is a travesty of truth and the act of writing itself. A Talib’s Tale is just not that kind of writing. Filled with honest, personal, funny, and gratifying experiences that John Butt had during the process of being a talib (lit. student, seeker of knowledge), the book is a record of his experiences that he had in the course of travelling to and throughout the subcontinent beginning his journey from being a hippie to the first westerner to graduate from Darul Uloom Deoband, an Islamic seminary based in North India. The term ‘Talib’ is often associated with Taliban but his account challenges that popular narrative. The account is filled with his vivid experience of a lively Pashtoon society, noting the peculiar details of his encounters with human beings of diverse temperaments and backgrounds. These are presented in a way that reminds the reader of the qualities that students of prophetic knowledge should embed in themselves – the ability to make most of one’s circumstances and to see good wherever you are placed.
Butt’s book lends the reader a socio-culturally, geographically, and politically intimate insight into the lives of one of the world’s most misrepresented place and its people. The Pashtoon society, for example, is not a den of savage people as is popularly reduced to be, stemming from its representation through popular media in the forms of orientalized books and movies, but home to people that are ‘peaceful, down-to-earth, simple faith, full of humility and hospitality’ (p.312) yet complex, as all human societies are. The process of learning and unlearning is a continuous one for the reader with the exposure of vocabulary that Butt learns in a new environment, that is Pashto for him, and disclosure of meaning of terms like firangi and malang for the readers from South Asia, that share a common culture of certain notions.
His story begins with his arrival in Swat in 1970 as a hippie and moves to the story of his conversion to Islam; his imprisonment, which came with his identity as a British mistaken as a British spy by the officials. Butt attempts to feel home at Afghanistan and becoming a part of the society by learning the culture and assimilating with them, at the same time keeping up with the personal chronicling of his life.
Butt also discusses the internal conflict within Afghanistan’s seculars and conservatives throughout the book and suggests journalism as a profession that madrassa graduates can take up to solve more of such conflicts.
There is a pattern of to and fro which connects the Quranic and Prophetic teachings with his everyday encounters, exhibiting how they can be used as tools to navigate through complex passages – fitting perfectly to any human’s life. Each chapter begins with a couplet from a poem or a hadith (saying) of the Prophet Muhammad or a verse from the Quran that gives a clue to the reader of what to expect in the chapter. He also explores the transition of Muslim communities across time and space in terms of their cultural traditions, for example, the culture of Tabligh and its development in form of an institution, lightly touching upon the political and administrative histories of India, Pakistan, and Afghanistan.
While the book is an easy read for a layman, the historical facts entailed in it are oversimplified. This is, perhaps, due to it being a personal account that makes more space for discussion on cultural anthropology and religious tradition with domestic politics of South Asia as a region in the background and not the central theme of the book. The political history has been recorded from the perspective of the one who experiences a show than the one who organises it, the common person than the state which makes it prone to being subjective, however, a significant addition that adds to the history rather than taking away from it. There are various geographical locations mentioned throughout the book, a map tracing the journey would have made it easier to understand the significance and gravity of many ideas that Butt explores in the book.
These are presented in a way that reminds the reader of the qualities that students of prophetic knowledge should embed in themselves – the ability to make most of one’s circumstances and to see good wherever you are placed.